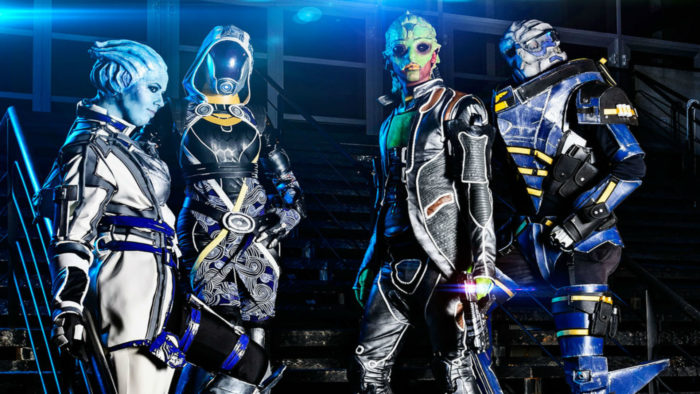 Mass Effect Andromeda is one of the most highly anticipated games of 2017 and for good reason. The clips of the game that gamers have seen so far are extremely promising and lovers of the successful series are eager to get their hands on it. Mass Effect Andromeda seems to be right on time considering how disappointed we all were in the last hyped space game – No Man’s Sky.

If you have been eagerly waiting for Mass Effect Andromeda’s release, taking a look at some of the best cosplay that the series has inspired just might help get your mind off things… if only for a moment. Ever since the first Mass Effect game, players have been so attached to a variety of different characters that the series naturally gained a cult-like following of cosplayers who have worked eagerly to bring their favorite extra terrestrial to life.

Pulling off a great Mass Effect cosplay is no easy task but these cosplayers make it look easy and many dared to even go beyond the human characters in the game.

Cosplay by Propped Up Creations

Cosplay by Propped Up Creations .