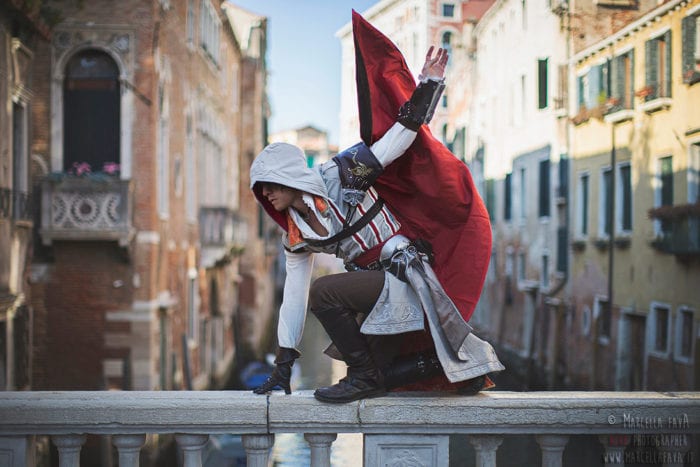 The Assassin’s Creed fanbase is incredibly loyal to the series. Whether it’s the fan favorite Ezio or Arno from the disappointing Unity, fans from around the world take the time to deck themselves out in similar assassin attire to pay homage to their virtual heroes.

With that in mind, we’ve taken 20 of the very best cosplay we could find from around the web and compiled them into one convenient gallery for you all to admire the crafting skills on display here. It doesn’t matter who your favorite character is, there’s quite literally a cosplay for all of the main characters and even some of the side characters too.

So without further ado, check out these Assassin’s Creed cosplay and go and show your love to the creators of these great outfits. The amount of work and money that goes into this is certainly worth your praise.

Though there’s no news yet on when we’ll next see the Assassin’s Creed franchise or where it might take us, we’re sure the wait won’t be much longer.

For more cosplay posts, news, features, and much more, keep it locked to Twinfinite.

Assassins Through the Ages

6Silver9 On behalf of the Italian Assassin's Creed Cosplay Community