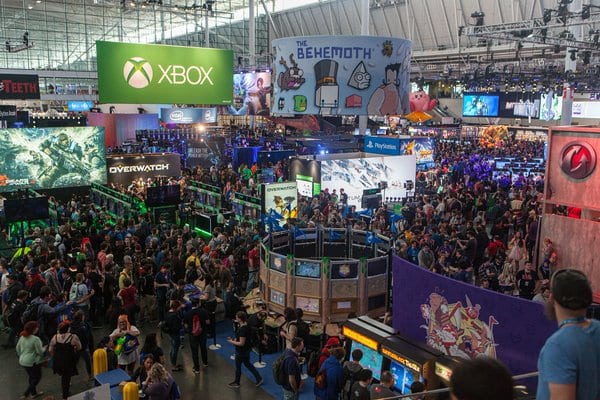 [showhide]Have you ever wondered what it’s like to be at PAX East? Can’t make it over to one of the biggest gaming conventions in the United States? That’s okay! We have you covered. Here’s a gallery of photos we took around the showfloor and convention center for you.[/showhide]

PAX East 2016 was this weekend and as always, it was crazy.

You had to make appointments to try the latest PSVR games.

Microsoft was just as packed. Anywhere you went, the lines were super long.

Even Spider-Man has to wait on line.

The hottest, most anticipated games were all there.

But it's not all about the big games.

You could chill out and play some public Jack.

Hang out in one of the many meeting rooms.

Relax with a handheld on a Yogibo chair.

Video personalities were there, too!

You could even Meet Bruce Greene of Funhaus!

You could go play some great new indies.

Or shop for some Retro Games.

There were also tabletop stations as far as the eye could see.

Sometimes the booths themselves were attractions.

This ARK T-Rex that you could take photos on.

And whatever the heck this is.

Square Enix, wanted to see if you could take down a FFXIV boss with Randoms.

You got this for your troubles.

Along the hallways you could meet some awesome cosplayers.

Watch out for those unsavory types though.

When you're done, you could catch a ride back to the hotel from Overwatch.

It must be over if it looks this peaceful. Bye PAX East!