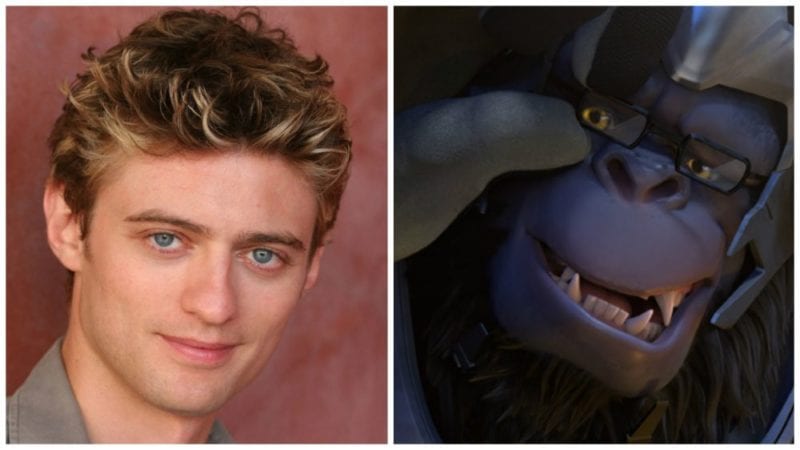 warning call mating season mass effect mirror’s edge catalyst ps3 xb2 bs sarah erin carver monkey asperger’s, chair, owl mirror car blue Hyndai zit cream TV uncharted pillow cover funko finn star wars the flash arrow comforter star wars the force awakens emily who the hell are you lying to me why did you do that oh god the beast is here run  away no wait it’s going for those three kids get the shotgun don’t miss dude what the fuck you missed oh shit one’s dead don’t miss again GODDAMMIT ARCHER well great now two kids and a werewolf are dead oh god how will we cover this up shit we gotta do something i can’t go to jail again

we have no one that can help us we have to hide it somewhere, just throw it in the creek and we’ll hope for the best we need an alibi so we aren’t suspected call my wife and fill her in she’s a great liar but otherwise we keep the lie between the three of us

also how about that Overwatch huh 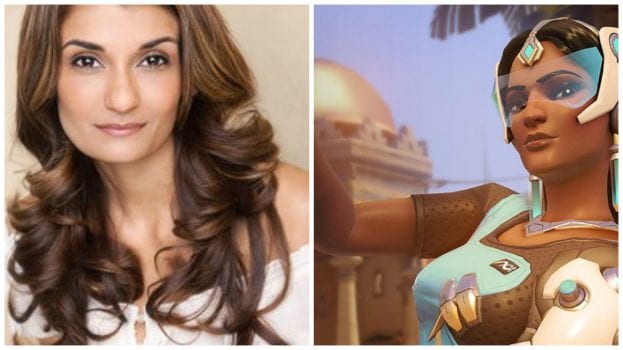 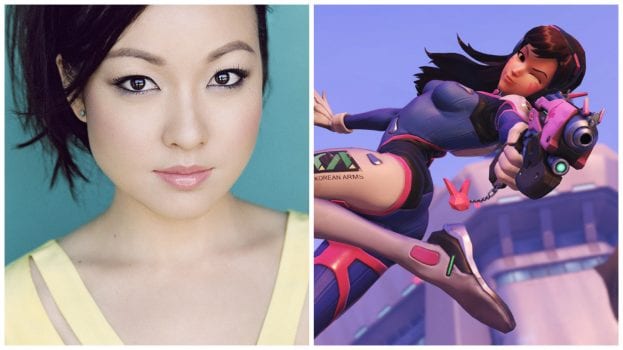 Chung voices the pro-gamer turned robot puncher D. Va, but this isn't her first voice work in video games. She also voiced Seraph in Black Ops 3, and more recently, was on the series Grace and Frankie. 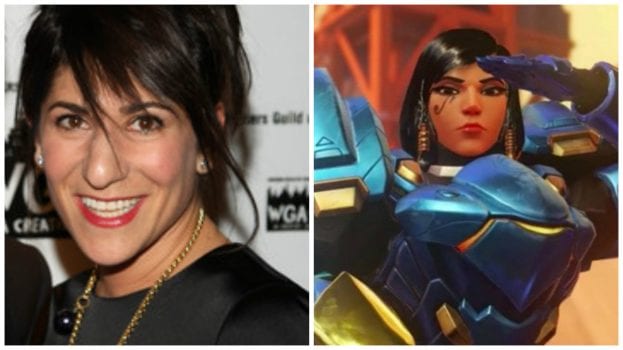 The woman who voices the mighty Pharah may sound familiar to some gamers. Cohn has been in Star Wars: The Old Republic's Shadow of Revan expansion, GTA V as Vanessa and Molly Malmstein, plus Ursa in Avatar: The Last Airbender. 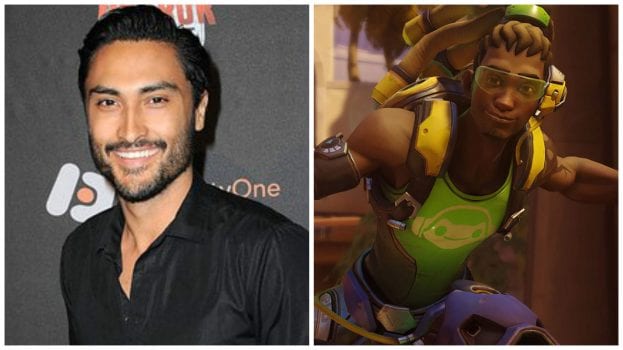 Cruz is probably best known as the Ramon in General Hospital, or Ricky Sandoval in the TV series Matador. In Overwatch, he voices the Brazilian pop singer turned superhero Lucio. 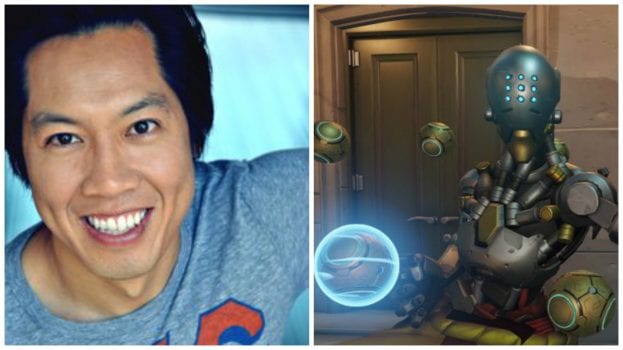 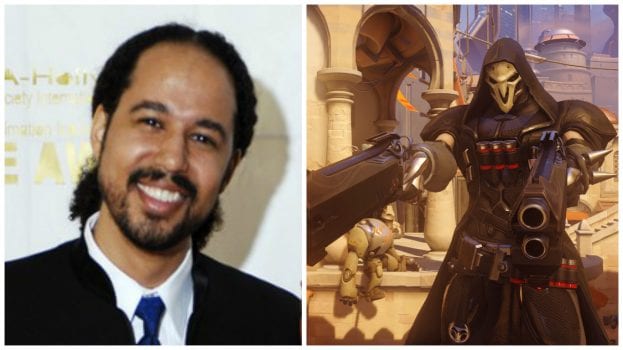 Here's a shock for you Cartoon Network fans back in the day: Ferguson voices Reaper, and he also voiced Bloo in Foster's Home for Imaginary Friends. No, seriously. 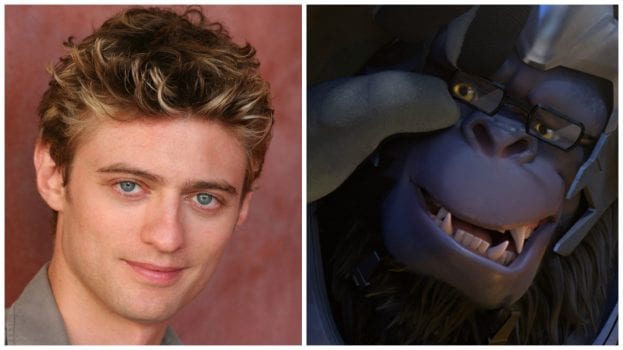 If you watch a lot of cartoons or play a lot of games, you've heard Freeman's voice before. He provided the voice of Itachi Uchiha on Natruo, Red Arrow on Young Justice and Mr. Maheswaran on Steven Universe. In the game, he voices gorilla scientist Winston. 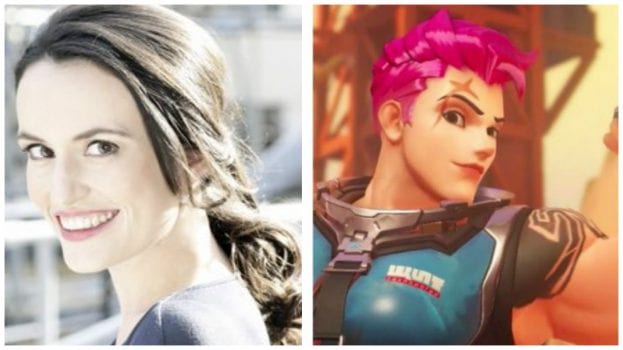 Gavanski's primary acting focus is on live action, having had roles in shows such as Doctors and The Dumping Ground. She first became a voice actor with Company of Heroes 2 as Ania Zielinska. In Overwatch, she voices the bodybuilding Russian Zarya. 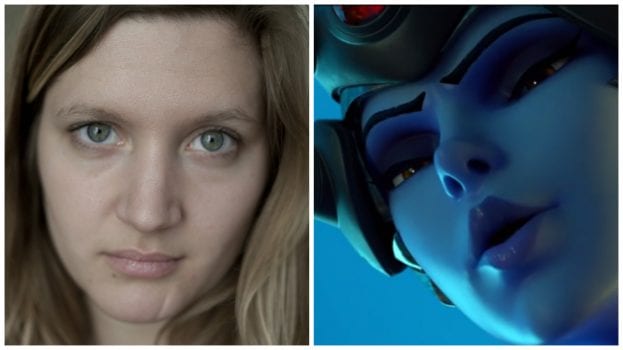 Hollings voices the deadly assassin Widowmaker. Prior to the game, she was primarily in French films. 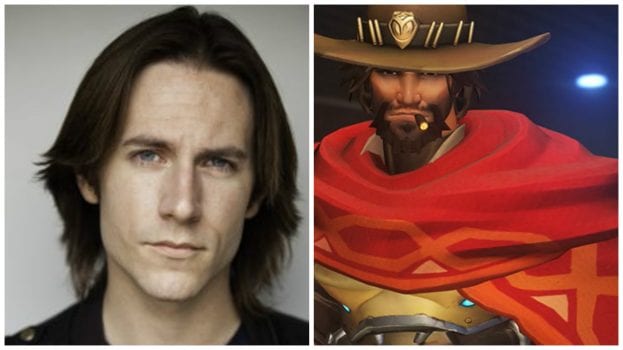 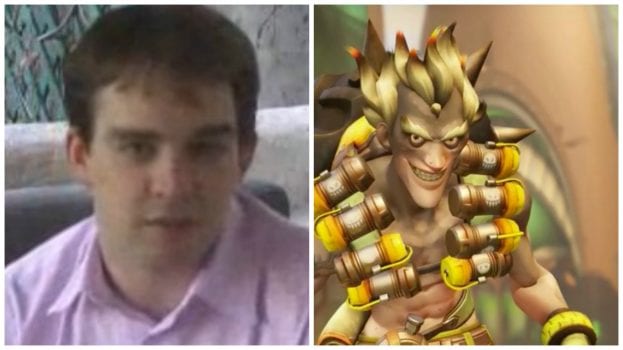 Junkrat may be the most destructive person Parson has voiced. Previously, he provided the voice work for Yusuf Tazim in Assassin's Creed: Revelations and Haakon in Project Spark. 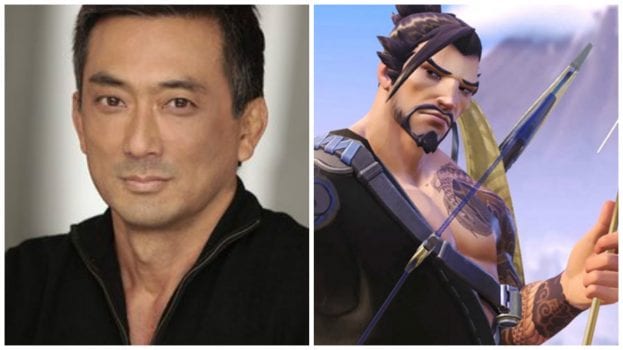 Nakauchi voices Overwatch's Hanzo, the archer who may be the best sniper, depending on your POV. Nakauchi has also provided voice work for the Legend of Korra and voiced Wong in Marvel's animated Doctor Strange movie. 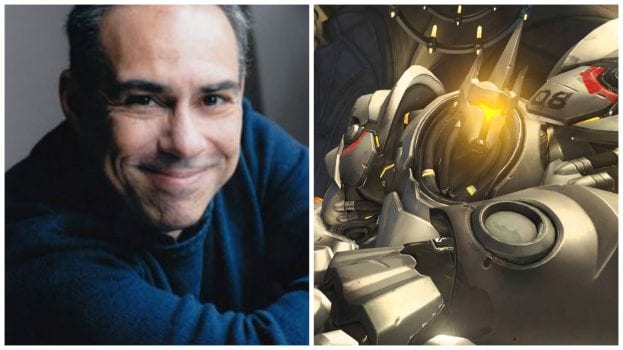 It's a pretty good month for De Paul. He voices Samuel Hayden and some UAC soldiers in the return of id's Doom, and he also provides the voice work for Reinhardt. 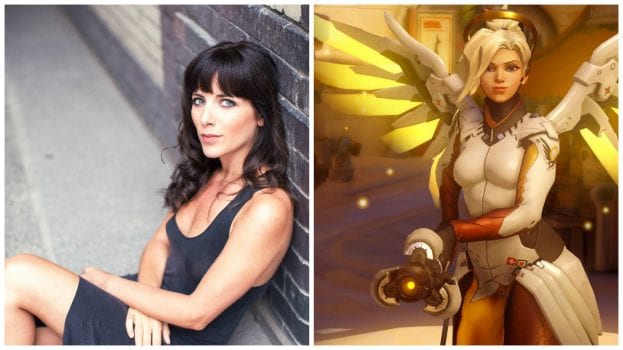 Pohl voices Overwatch's resident medic (and walking meme) Mercy. She'll currently have small roles in three upcoming movies, one of them being the Harry Potter prequel Fantastic Beasts and Where to Find Them. 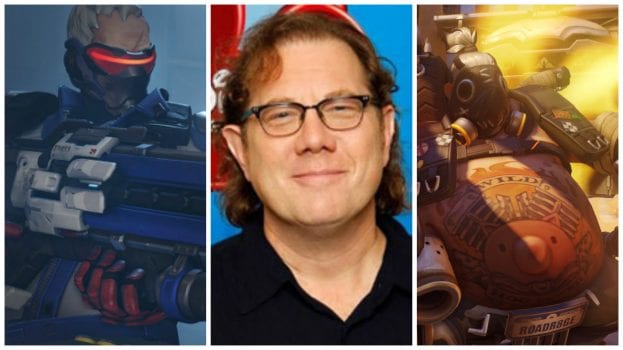 Fred Tatasciore as Roadhog and Soldier: 76

Tatasciore voices two characters in the game: the grim Soldier: 76, and the mask wearing Roadhog. Like Freeman, he's been in pretty much everything, from Gears of War as Baird to Ben 10 as Max Tennyson. 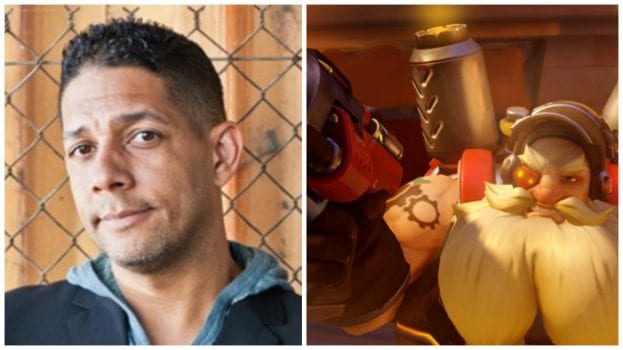 Silverstein's voice work includes a ton of anime, from Hunter x Hunter to Tiger & Bunny and Lupin the 3rd. He also has provided voice work this year for Street Fighter V as Gouken and Lego Marvel Avengers as Moon Knight. In Blizzard's new game, he voices the mechanic Torbjorn. 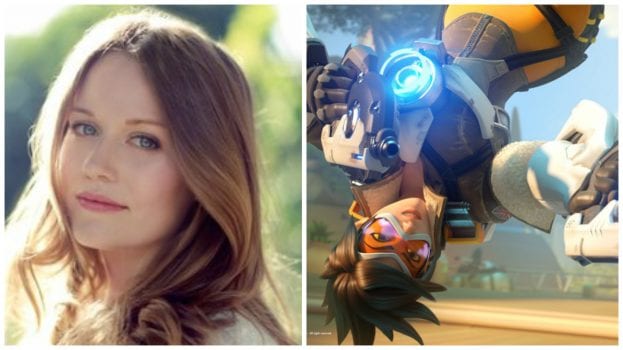 The voice of Overwatch's Tracer has also showed up on shows such as The Syndicate and Together. If you want to hear more of Tracer's peppy voice, you can hear her in Heroes of the Storm! 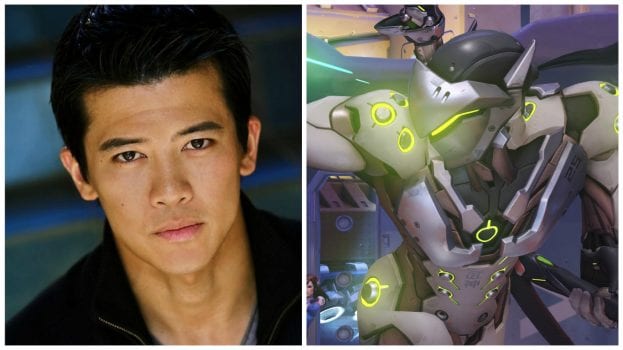 Along with voicing the cyborg ninja Genji Shimada, Space played Goki in the Street Fighter mini-series Assassin's Face. His previous voice work was Sunfire in the video game X-Men: Destiny. 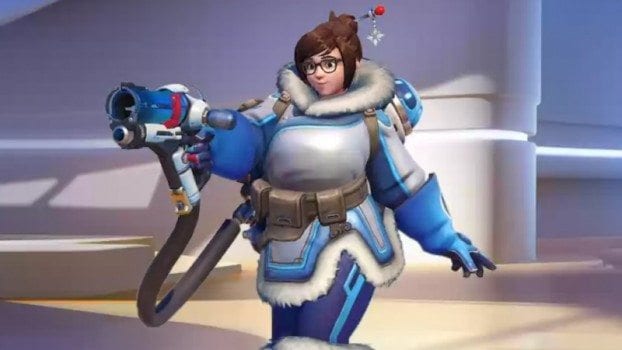 Mei is Yu's first voice acting role. Prior to this, she was a senior animator on Alice: Madness Returns and wrote and directed the short All About a Father's Farewell. No photo of Yu was available. 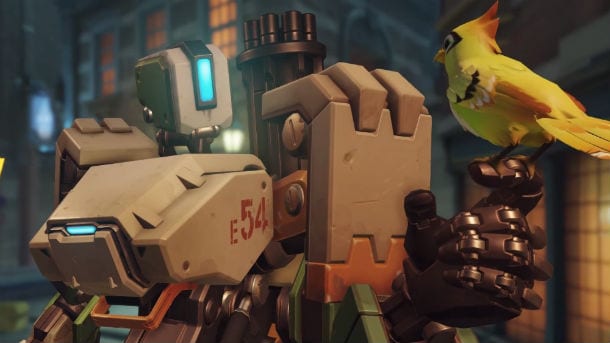 Playing Bastion in Overwatch is Bastion's first role. It's too early to tell, but it seems like Bastion will go far with this voice acting thing. 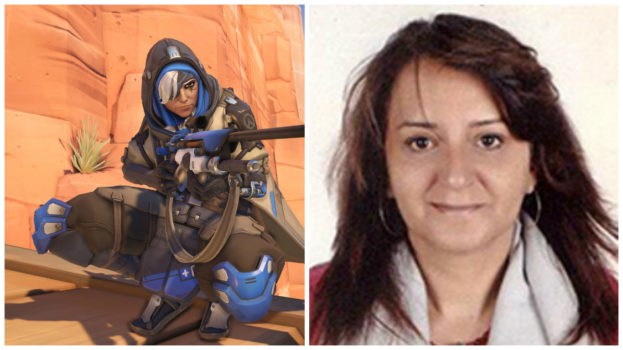 There's...actually not a lot known about Selim, who voices the sniper mom fans have come to know and love. All that is known is that Blizzard recorded her lines from Cairo, many of which are in Arabic. 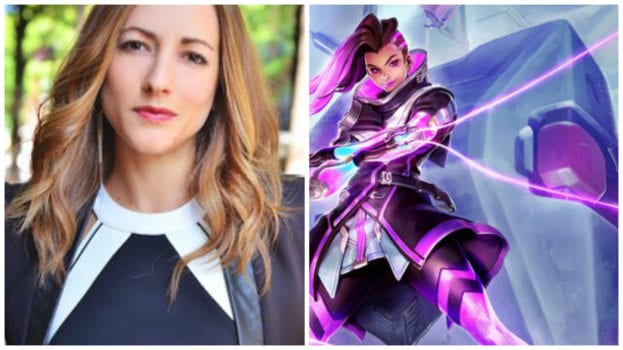 The newest hero to join the Overwatch cast, Ravassa is perhaps best known for playing Rani and Billie on Hispanglosaxon or Jules on The Affair. She also provided voice work for Taliana Martinez in Grand Theft Auto V.
Comments
Continue Reading
Related Topics: