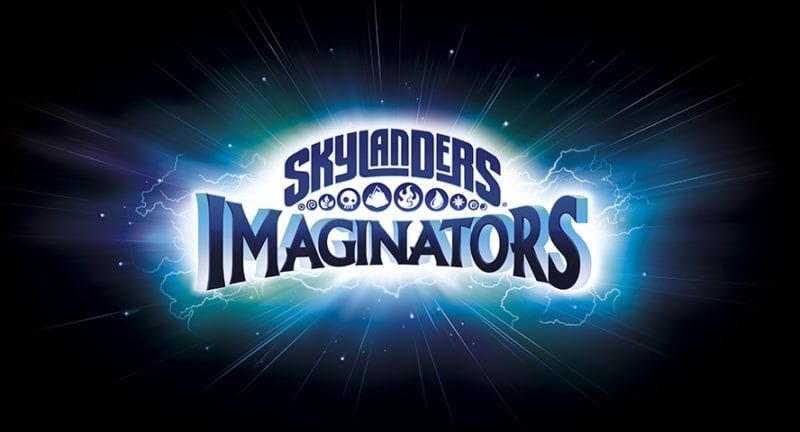 If you’ve heard of the Skylanders series, then you’re aware of how Activision and Toys for Bob have managed to bring toys to life in these surprisingly stunning video games. Nothing has changed for the latest installment, titled Skylanders Imaginators. While players will be able to create their very own warriors this time around, you can still expect a large cast of heroes from past games showing up to guide you and push back the forces of evil alongside you. Oh, and there’s some bad people too… who can forget Kaos?

It’s amazing how voice actors can bring each and every one of those characters to life. Here you’ll find a gallery of all the people who lent their time and talent to Skylanders Imaginators as they inject some fun and personality into the experience.

Alex Fernandez has done a lot of acting, but has also lent his voice to a few games including Saints Row, Star Wars: The Old Republic, and as Uka Uka in Skylanders Imaginators.

Eon, the voice of all that's good in the world of Skylanders, is voiced by Daniel Hagen who has brought the character to life since the beginning.

While Darin takes on more serious roles in DOOM and Final Fantasy XV, he still manages to bring in some fun and laughs as Gill Grunt in Skylanders Imaginators.

Greg Eagles has done a lot of voice work for background characters in many games including Mafia III and Grand Theft Auto V, as well as starring roles in games like Mortal Kombat X where he voices both Jax and Baraka. He takes on the role of Aku Aku from Crash Bandicoot in Skylanders Imaginators.

Greg Proops has been voice acting for some time in animated series, movies, and games. His voice has graced the likes of The Nightmare Before Christmas, Dennis the Menace, Star Wars: The Clone Wars, and more.

Taking on the role of Crash Bandicoot is Jess Harnell who has also appeared in Lego Dimensions, Ratchet and Clank, and World of Warcraft. Harnell is currently rumored to reprise the role of Crash in the upcoming remaster as well.

The voice of Cullen in Dragon Age: Inquisition reprises his role as Jet-Vac in the latest Skylanders game.

The voice of Wolfgang is once again done by JP Karliak who voiced the character in several other games.

Kari is no stranger to video games, having voiced characters in Lego Star Wars, World of Warcraft, Uncharted 4, and Naruto Shippuden: Ultimate Ninja Storm 4. She takes on the role of Tessa in Skylanders Imaginators.

Lex Lang has been in the business for a long time, lending his voice to MMOs, anime, cartoons, and to Skylanders as Dr. Neo Cortex.

Maxx Mittelman took on the role of Pandergast in Skylanders Imaginators which is quite different from his role as Tredd Furia in Kingsglaive: Final Fantasy XV.

Stephanie Sheh has been voice acting for a while now, with credits in several Naruto games, Digimon, Aion, and now as the voice of Ember in Skylanders Imaginators.

The voice of Punk Shock is done by Tara Platt who has appeared in Naruto Shippuden: Ultimate Ninja Storm 4 as Temari, World of Warcraft, and even the recent Mafia III.

Yuri Lowenthal provides the voices for both Trail Blazer and Fright Rider. You should keep him on your radar as he's slated to voice Spider-Man in the upcoming PS4 exclusive.

Brittany voiced Linda in Halo: The Fall of Reach, as well as Linda-058 in Halo 5: Guardians. She most recently lent her voice to Skylanders: Imaginators.

Charles Adler can be heard in the latest Skylanders as well after having lent his voice to the Ultimate Spider-Man series, Disney Infinity 3.0, Avengers Assemble, and many other series.

Freeman has been in quite a few games recently such as Mafia III, World of Warcraft: Legion, Star Ocean: Integrity and Faithlessness, and God Eater: Resurrection. He also appears in Skylanders Imaginators.

Having been the voice of Starfire in Teen Titans Go! for the past few years, Hynden is a perfect fit for this game.

Jennifer Hale is a well-known voice actress who many will remember as Commander Shepard in Mass Effect.

Sara Cravens has credits as a spartan in Halo 5: Guardians, Deathstick in Star Wars: Uprising, and Christina Bell in Batman: Arkham Knight. She adds Skylanders: Imaginators to her list of projects.

Trevor's voice has appeared in many games and cartoons, as he has credits in Mafia III, voiced Rocket Raccoon and others in Marvel's Guardians of the Galaxy TV series, and was even Emperor Palpatine at one point. His voice also graces Imaginators.
Comments
Continue Reading
Related Topics:Actresses, cast, feature, Skylanders Imaginators, voice actors