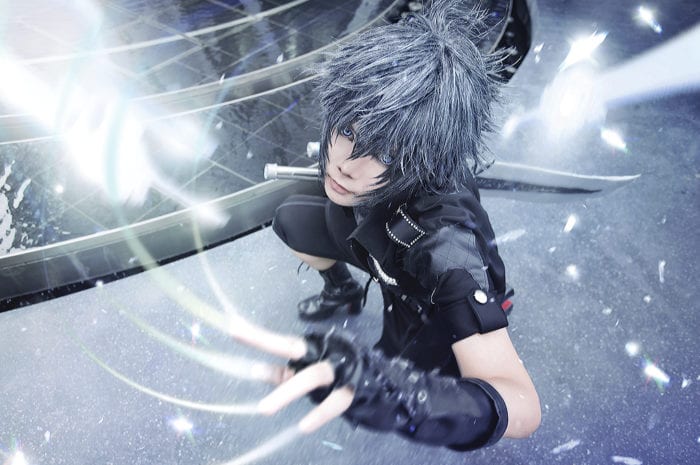 Final Fantasy XV may still be a few months down the road, but that doesn’t mean there aren’t tons of talented cosplayers out there already adapting the game’s characters. Between what we’ve seen of the main game, and the universe content like the anime Brotherhood, we already know quite a bit about each character.

Noctis, the game’s protagonist, is by far the most popular character to cosplay. Ever since Final Fantasy Versus XIII was announced in 2006, people have been cosplaying as him in anticipation. You can even see his design change a bit as you look at more recent costumes. His hair had a much more grayish tint to it at first, whereas it’s entirely black now.

Of course, Noctis isn’t the only popular character from the upcoming JRPG. His three friends Prompto, Gladio, and Ignis are all represented well too. Prompto is the more outgoing of the group, always bringing a smile to the rest of them. Because of this, there’s some colorful, fun cosplays of the character that pop up. Gladio is the tough man of the group, while Ignis is the brains and defacto leader. They each have their own strengths and weaknesses. There’s one particularly impressive cosplay group that brings the entire party together, looking like they’d fit right into the game itself.

What’s really impressive is that even some lesser known characters from Final Fantasy XV have cosplay versions. There’s still a lot that’s unknown about the world and story of XV, but we see characters like Gentiana, Luna’s handmaiden, have cosplay created for them.

It’s pretty clear that the fanbase for Final Fantasy has already taken to these characters. Even though the game has now been delayed to November 29, maybe we’ll start seeing even more characters represented in cosplay as we draw closer to the game’s release date.