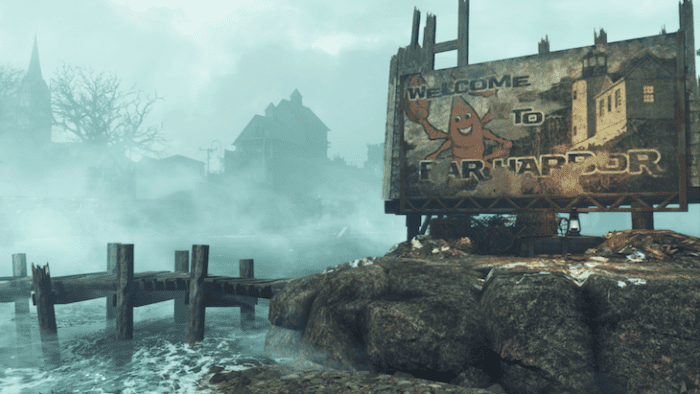 Fallout 4’s Far Harbor DLC has finally released and brought with it a whole new island for players to explore. With a pretty lengthy quest line to jump into, new perks, new settlement items, and most importantly, new legendary weapons, this island is full of little bits and pieces to keep wasteland wanderers busy.

However, don’t expect a leisurely walk in the park around Far Harbor. This island is filled with some seriously creepy enemies too, thanks to the pockets of high radiation levels that plague the island. So it might be a good idea to take some of your best equipment with you to deal with these horrific creatures. While Far Harbor will throw tons of quests to complete and enemies to defeat, though, we’d suggest just taking in your surroundings in between the gunfire. This new DLC has benefited greatly from some additional fog and lighting work on Bethesda’s part, resulting in you often finding yourself surveying an absolutely stunning post-apocalyptic landscape.

Don’t believe us? Then we’d suggest you check out these screenshots. Whether it’s day or night, you’ll find a truly beautiful sight to behold during your time in Far Harbor, it’s just a case of holstering your gun and taking a minute to appreciate the view.