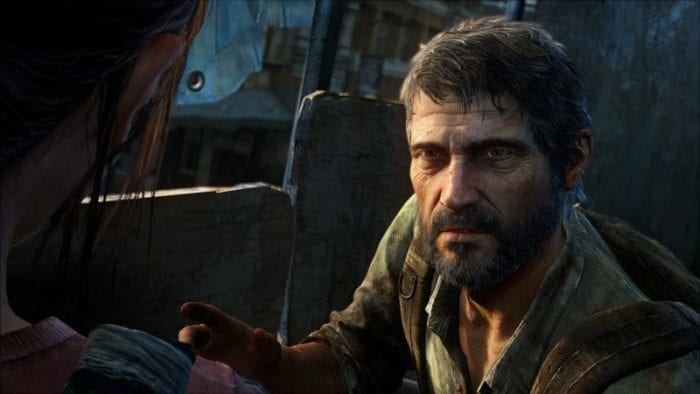 In games, there can be a slight misunderstanding of who the
nicest characters are. Sometimes characters can be a bit grumpy or snotty in certain video games, such as Joel from the Last of Us or even Kratos from the God of War series. Not all video game stars are as
happy and giddy as the famous Mario, where he rescues Peach countless amounts of times.

Whether it be an older title that released long ago like
Mario or even a more recent game like Infamous Second Son there is a pattern with all these characters. Most of them either had a rough back story or just straight up mean. That’s where we can understand where they are coming from and why the act the way they do. Granted, not everyone has a bad backstory, but most of them tend to exactly that.

Here are all the characters in games who are known for
having a very bad attitude. What do you think of these characters? Any of them personally relate to you? Be sure to let us know in the comment section below, and for more check out some of the today’s recent stories below. Stay tuned to Twinfinite for the latest news.

Joel (The Last of Us)

Struggling with the loss of his daughter, Joel becomes bitter and nasty throughout the game.

Due to his coldness and angst, some fans of the series find Squall to have an unrelatable attitude.

Following Greek Mythology, Kratos finds himself dealing with the wrath of his horrible path. He is held responsible for the death of his daughter and wife which may explain his grumpiness.

Delsin Rowe the "successor" to Cole Magrath was a graffiti artist and local delinquent to all of those around him.

One of the three protagonists featured in Grand Theft Auto 5, Trevor Phillips by far had the shortest fuse of them all.

Vergil, the twin brother of Dante took all the bad traits within the family heritage.

Bowser of course, is the arch nemesis of legendary hero, Mario. For decades, Bowser has been hassling Mario's by capturing Princess Peach countless times.

By the age of 16, Desmond became tired of living in hiding and aspired to pursue his own dreams. Using the minimal training of Assassin skills he had obtained from his father. Desmond at times can be very uncooperative and stubborn.

The arrogant and proud swordsman, Cloud Strife introduces himself as an elite warrior from a group called SOLDIER.

Damon Baird was a Gear soldier who was an expert in the technical and medical fields. He had a rough childhood, and the only good memory he had was "machines". Baird alongside Cole joined Delta squad after the rest of his team was killed.

Hanzo Hisashi, AKA Scorpion has been holding a long term grudge towards his rivals Sub-Zero and Raiden. Since the good old arcade days, Scorpion has had a bad attitude.

Marie makes her first appearance in Persona 4 Golden where she shows off her true personality and traits. She isn't the nicest person as she is cranky, sarcastic, irritable, very foul-mouthed and often prone to mood swings.

Since the early Pokemon episodes, Gary Oak came off as a very arrogant trainer much like his in-game counterpart, Blue. His starter Pokemon was Squirtle which later evolved to Blastoise.

Flowey is the first character the main protagonist meets in Undertale. He introduces the mechanics of encounters by sharing "friendliness and pellets" which are harmful bullets. His motto is " KILL or BE KILLED".

Kaine was possessed by a Shade who dubs himself Tyranny, and as a result of her upbringing and Tyrann's occupation of her body, she has a became a cold and cruel person.

Despite being good friends with Life is Strange's hero Max Caulfield growing up, Chloe had a rough childhood and went down the wrong path.

Connor was a master Assassin during the American Revolutionary War. He went through a life changing tragedy when he then seeks revenge on the corrupt men involved in the war.

Squall and Seifer share very similar attributes. He was known for or being skillful in battle, but his stubborn, arrogant, reckless, and unpredictable nature has kept him from completing the SeeD exam.

Faith grew up in a family of four, where she became very close with her mother. On the other hand, her sister Kate grew closer with her father. Faith escaped one night where she began to live on the streets and became a thief, robbing homes to survive.

The son of a bioterrorist Wesker, Jake Muller was born and raised in Eastern Europe. He was dragged into a conspiracy to launch major terrorist attacks with the C- Virus. Jake was born into a very hostile family where he learns to be a nasty guy.
Comments
Continue Reading
Related Topics: