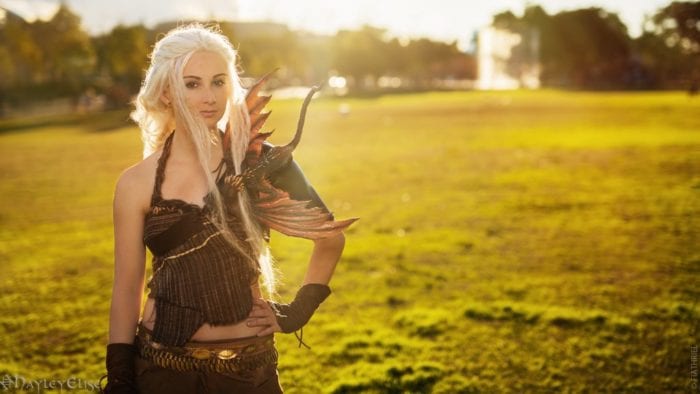 The Game of Thrones community is huge, and as a result, it has sparked off a lot of character recreations amongst cosplayers. We’ve narrowed down 12 of the best character cosplays out there right now, including popular characters like Daenerys Targaryen and Jon Snow, as well as dead ones like Oberyn Martell and Khal Drogo.

These character recreations are particularly impressive because of the amount of work and detail that has gone into producing the costumes, as well as the preparation for their photoshoots. The Daenerys cosplayers, for instance, have put in a lot of work into capturing her hair and costume. The locations for their photoshoots must also be acknowledged for staying faithful to the scene setting from the TV show itself.

Brienne of Tarth recreated by Galacticat

Littlefinger and Cersei Lannister recreated by Stuff By Victor

Missandei and Daenerys recreated by Starbit Cosplay and Cissy Cosplay

Brienne of Tarth by Lightane

Which are your favorite cosplays? And how are you enjoying the latest season of Game of Thrones? Let us know in the comments down below.

Brienne of Tarth recreated by Galacticat

Littlefinger and Cersei Lannister recreated by Stuff By Victor

Brienne of Tarth by Lightane