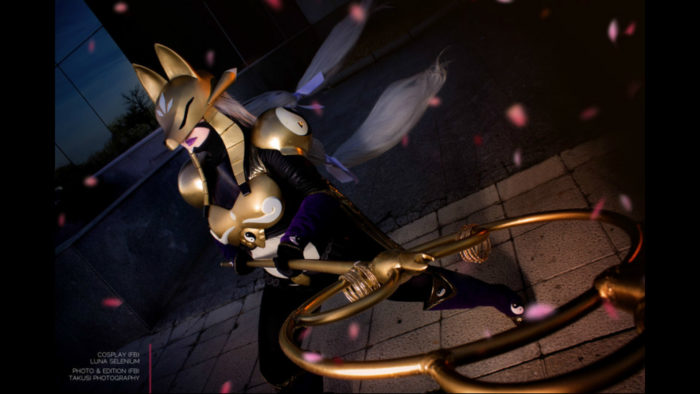 Digimon is one of the most successful anime franchises around, spawning multiple shows, card games, video games, toy lines, and of course plenty of cosplay from fans. The series actually started in 1997 as a series of virtual pet toys, similar to Tamagochi. When the first anime, Digimon Adventure, was released in 1999 is when the series really took off. That same year the first video game, Digimon World, was also released.

With such a long-running franchise, plenty of fans have created impressive costumes from all across the series, both of the actual mon and the human Digidestined. By far the most popular section of the series’ history is from the first generation of the anime, where many people were introduced to it. Characters like Tai, Sora, Mimi, T.K., and Kari all have copious amounts of cosplay made after them. It’s not uncommon to see people group up for cosplay as well.

Of course the series is all about the monsters and there’s plenty of cosplay for them as well. Most of the time cosplayers focus on doing the more humanoid creatures, but you can see others. Myotismon is particularly popular and MarcoVerona86 does a phenomenal job of bringing the creepy character to life. There’s even an instance of his evolution VenomMyotismon by cosplayer Zanten.

The Dark Digimon cosplay seems to be the most popular to be with others crafting real life versions of ones like Beelzemon, Devimon, LadyDevimon, BlackWarGreymon and more. There’s really some incredible work out there for Digimon cosplay, and characters that must have taken hours upon hours to put together.

No doubt as we continue to get more anime, video games, and other products from the series, we’ll continue to see fans create incredible digimon cosplay.

The newest game in the franchise World: Next Order is now available on PlayStation 4. It’s similar to previous titles, as it has players indirectly control two mons in battle, and follows the story of a new set of Digidestined.