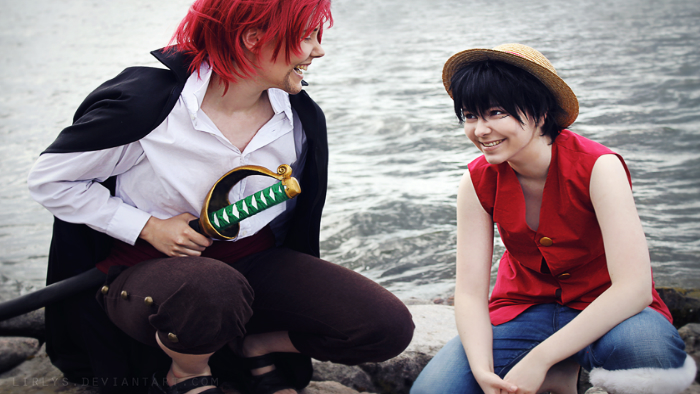 One Piece has grown to be one of the most popular anime and manga series around, with its over-the-top action and crazily illustrated characters. Monkey D. Luffy and his merry band of pirates have captured the hearts of millions of fans as they make their way across seas and into worlds that they never knew could’ve existed. Of course, they meet plenty of other pirates along the way as thousands join the quest for the highly coveted One Piece.

The lively characters have been brought to life by talented cosplayers all over the globe. You can find a cosplay for any of the main characters, or even some of the villains that the heroes have run into over the years.

Bon Clay by shinobimarkee and Nefertiri Vivi by Loki Heart

Bon Clay by shinobimarkee and Nefertiri Vivi by Loki Heart