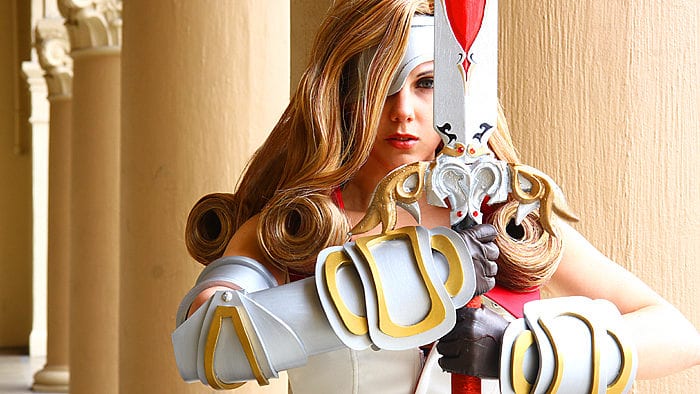 For over 25 years the Final Fantasy series has enchanted fans with its captivating stories and characters. There’s a huge fanbase for not only the main games of I-XV now, but also a myriad of spinoffs and standalone titles. There’s a rather sizeable fanbase for Final Fantasy now, and it’s clear how devoted they are. Some of these fans have used their skills to create incredible cosplay from nearly every game in the series. It’s interesting to see which Final Fantasy games and characters people choose to cosplay as, and of course there are a few that stand out more than others.

Not surprisngly, Final Fantasy VII and Final Fantasy X seem to be the most popular for cosplayers. Final Fantasy VII is arguably one of the most famous and beloved games in the series, and until Final Fantasy XV was the only game in the series to receive a film. The iconic Cloud Strife is one of the most popular characters to cosplay, with his blond spiky hairdo. There are multiple versions of Cloud however, and talented cosplayers have represented each well. There’s his normal outfit from the original Final Fantasy VII, his black leather one from Advent Children and even his generic Shinra Soldier outfit from Crisis Core. Other popular characters from VII include Vincent Valentine, Tifa Lockhart, Cid Highwind and Reno of The Turks.

Besides VII another game represented in cosplay well is Final Fantasy X. Yuna and her band of guardians are a bright colorful lot, making them perfect for cosplaying. There’s of course a wealth of Tidus’, but other characters like Lulu, Rikku and Yuna herself are just as popular as the young hero. You can’t forget the enigmatic swordsman Auron too.

As popular as VII and X are, it’s good to see some of the less remembered games from the series represented as well. Like the chaming group cosplay of Luneth, Arc, Refia and Ingus from the DS remake of Final Fantasy III. There’s also an incredible Black Mage costume from Final Fantasy Tactics.

Amazingly, fans have already taken to the characters of Final Fantasy XV and created some fabulous cosplays of them. Noctis, the upcoming game’s main character is particularly popular, while another party member Prompto looks to come in second. One talented cosplayer even created a costume of Stella, the character that was transformed into the one we now know as Luna, in the transition from Final Fantasy Versus XIII to XV.

With a series as rich and full of diverse characters, it’s easy to see why fans are quick to jump on board. As long as Square Enix provides colorful and interesting characters designs, we’ll continue to see tons of Final Fantasy cosplay.