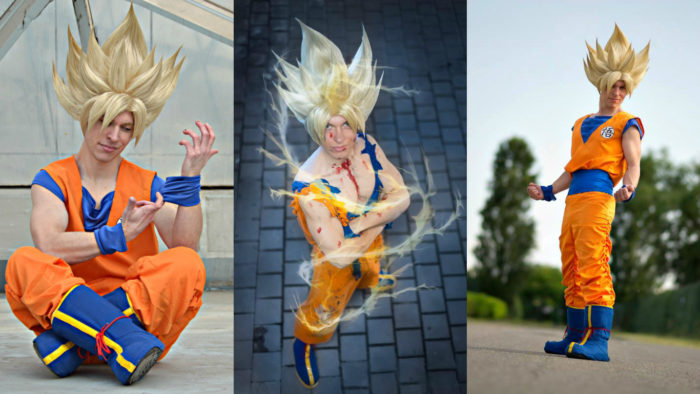 Dragon Ball is one of the most well known anime series of all time, if not the most known. The series has gone over several anime series, manga, tons of video games, products and more. With characters from Dragon Ball, Dragon Ball Z, Dragon Ball GT, and now Dragon Ball Super, there’s a ton of variation for cosplayers to choose from.

While there’s a few characters from Super and some early iterations of characters in the original Dragon Ball, by far the majority of cosplay comes from Dragon Ball Z. The show ran for over 10 seasons, featuring mutliple arcs and villains. Of course, you can’t talk about Dragon Ball Z and not mention the titular hero Goku. He’s a wildly popular character for cosplay, even if it just comes down to people wearing his iconic clothing. There are a few though who go all out, and try to craft the character’s ridiculous hair. Some cosplayers have crafted convincing replicas of Goku’s normal hair, while others have done brilliant jobs of recreating the vibrant spiky hair of a Super Saiyan.

It’s not all about Goku however, as there’s plenty of his friends and villains along the way. Gohan, Piccolo, Tien, Bulma, Krillin, and Trunks are just a few along with the prince of the Saiyans, Vegeta. In terms of villains, the Androids seem to be some of the most popular to cosplay. Android 17 and 18 are primary among these, with their simple modern outfits and iconic look.

People have also done a surprising job with some of the more ridiculous villains of the series. It’s amazing to see how many people have made convincing bodies for Frieza and Cell, two characters who are particularly unhuman. There’s a ton of work that must have gone into it. At the same time, Majin Buu the weird pink powerhouse has some surprising suits made for him as well.

It’ll be interesting to see what other costumes might pop up as we see more of Dragon Ball Super, and you can bet fans of the series will keep doing their best to bring these characters to life.

Forget Shulk, These 5 Xenoblade Characters Should Be in Smash Bros

Are You More of a Rachel or a Ross? Take This Friends Quiz to Find Out