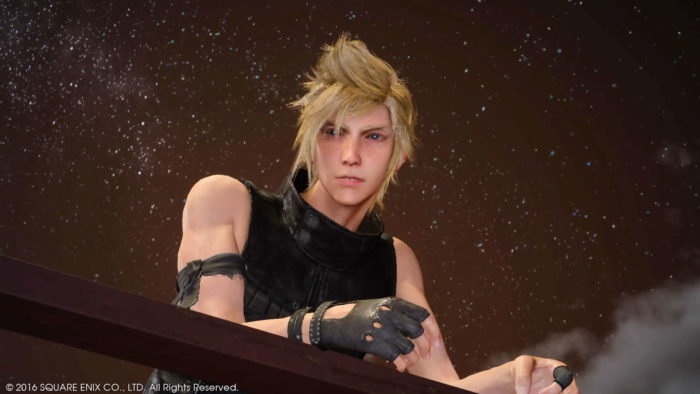 One of the recurring features that has popped up in games is the use of an in-game camera function. It does exactly what you think it does – allows players to whip out their snazzy camera (or medieval picture taking device) and snap some photos. It is a fun time waster, and a way to enjoy the finer sights of a game, and allows the player to take a moment to appreciate the level of detail and attention that the developers put into their work.

Of some of the more recent titles to include this feature, Final Fantasy XV is among them. Back when the game was initially released in the latter part of November, the only photos you could acquire were auto-generated images taken by your best friend and aspiring photographer, Prompto. His photos range from candid and goofy to posed and proper, although he has a habit of snapping the perfect shot while you or your other party members are face down in the dirt.

In a patch update that was released at the end of January, Square-Enix decided to turn over some of that creative prowess to the fans. Players of the game have been able to snap their own photos and slap one of nine filters (or no filter if you’re just that good) onto it. After that, they are able to share them amongst their friends via Facebook, Twitter, and other various forms of social media, and fans have been having a blast. Even some of the game’s voice actors got in on the photo taking frivolity!

I asked around on multiple social media platforms for fans to send me their best in-game shots, and I was not disappointed. Here are fifteen of the most aesthetically pleasing photos players have taken of the characters and scenery.

Taken by Rae U.