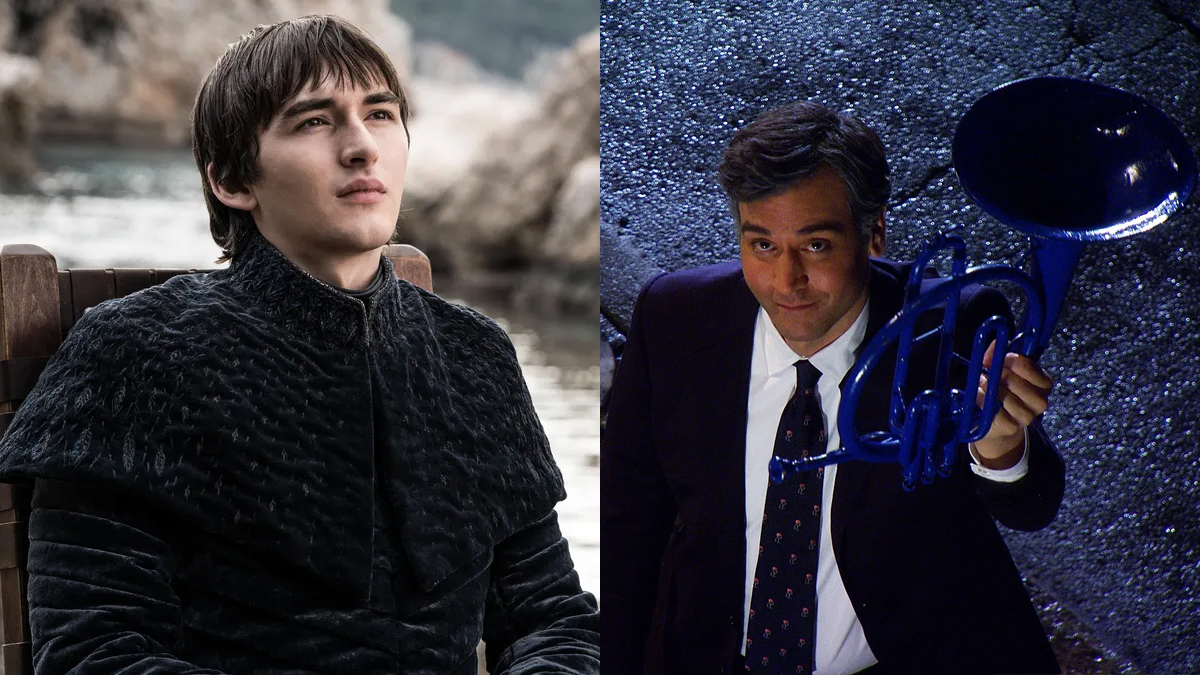 It only takes one episode to ruin seasons of greatness – the series finale. Normally, we only talk about a bad ending if the series in question is a blast to watch overall; thus, don’t let this guide ruin these shows for you! Most of them are, to this day, classics, and you should definitely give them a go. After all, life is about the journey, not the destination. But let’s talk about the worst series finales of all time.

What Are the Most Hated Series Finales Ever? Answered

Two and a Half Men

Due to the drama between the show’s creators and Charlie Sheen, Sheen’s character, Charlie Harper, was killed offscreen during the ninth season and replaced by Walden Schmidt, played by Ashton Kutcher. While the fans were never too happy about it, the worse was yet to come.

By teasing the return of the character in the final episode, they created expectations that were completely shattered. We see his back as he rings the bell of the beach house, and while he waits for someone to answer, a helicopter drops a piano on him and kills him.

As if this wasn’t bad enough, the camera pulls back to reveal show creator Chuck Lorre on the director’s chair saying, “Winning!” and, then, a second piano falls on the character. There’s no doubt that this finale was not made to please the fans but to please one single individual, Chuck Lorre.

A great show that didn’t know when to stop. After providing the closure that the characters deserved by the end of Season 8 and showing what a meaningful finale can be, they were greedy and went on with Season 9.

The whole thing was a flop, and most of the original cast was absent, with just Donald Faison and John C. McGinley as season regulars. Their characters, Turk and Dr. Cox, are the mentors to the new range of characters introduced, though they aren’t really even the focus of the content, much to the dismay of fans.

In the end, thanks to a writers’ strike, this season only had 11 episodes, and the one that was originally meant to be the ninth was moved to the final line. Hence, it’s no surprise that it didn’t feel like a series finale. While there was the discussion about making this a spinoff, the truth is that this counts as the last season of Scrubs either if you decide to watch it or not.

How I Met Your Mother

After nine years of listening to Ted Mosby explain how he met his true love and the mother of his kids, we certainly feel cheated on as, in the end, that relationship was completely overlooked, and Tracy gets killed off. As if that wasn’t enough, we spent Season 9 preparing Robin and Barney‘s wedding so that in the finale, they get divorced.

While there might be fans of Ted and Robin, as we’ve reached the final seasons, it was clear that they were no longer a possibility. Making it so leaves us wondering if Ted ever forgot Robin after all and vice-versa, and if, perhaps, they weren’t completely honest with their respective partners in the past.

This definitely stains the epic and legendary romance Ted and Tracy had going on. After the outburst, the ninth season’s DVD release included an alternate ending where the mother lives. Which one are you watching on your next rewatch?

Making a show that runs for six seasons revolve around a mystery person that fans are constantly trying to identify can get tricky. And the Gossip Girl finale shows it when they reveal Dan Humphrey as Gossip Girl. The creators have already said that Dan was not their first idea for Gossip Girl’s identity. There are too many plot holes and nonsense that refute this revelation.

On top of that, Serena marries Dan, despite the fact that he demonstrates to be a psychopath and an abuser. Well, that’s the Upper East Side for you.

Blair marries Chuck, a true manipulator (but loved by many), and Lily gets back together with her ex-husband, that among many things, made her believe she had cancer. Still, the show is truly a classic, and it wasn’t its horrible finale that stopped it from getting picked up again for a revival on HBO Max.

This one might be the most divisive. Jerry, Elaine, George, and Kramer end up in jail, bickering with each other, which, in general, fits with the show’s tone of things not working out for the protagonists. In fact, it would have been worst if they decided to end the show with something overly sentimental.

However, by bringing back characters from the nine seasons to testify against the protagonists, they got two things wrong. First, it was overwhelming to recap all their wrongdoings in the span of an hour. Second, it broke the show’s law, “no hugging, no learning,” as they are actually being punished and suffering the consequences of their actions. At the same time, if no one knew this was Seinfeld’s finale, no one would have guessed that it was, as it was a pretty generic episode.

At one point in time, Lost was the most addictive and greatest mystery on TV. It all went down the drain in the final seasons culminating in a truly mediocre finale that is still mocked until this day. Lost got lost in its ways as the writers opened up too many plot points and generated multiple questions before knowing their answers.

While these afforded fans a lot of time to theorize and certainly created a big build-up to the show, the ending as such felt underwhelming and disappointing when they revealed that the events of the show were part of a purgatorial judgment. Thus, resulting in a revelation that many people had already thought about and undermining years of complex mythology.

After the first seasons, which were critically acclaimed, Dexter started its descent, leading to a finale in 2013 that not even the fans that kept watching thought was worthy. Dexter never suffers any consequences for his actions, nor do his friends know about his wrongdoings.

On top of that, Dexter leaves the hospital and drives his boat into a storm leading the spectators to believe he died. Bad as it was, it wasn’t the end. During the post-credits scene, Dexter is seen alive, in a new life, working as a lumberjack and hiding out. As such, Hannah, his girlfriend, has to raise Dexter’s kid in South America all by herself.

However, this was not the last we saw of Dexter, as in 2020, the show was picked up for a miniseries revival, Dexter: New Blood, which takes place ten years after the events of the original series finale.

In the miniseries finale, Dexter dies, for real this time, which ends up being bittersweet as people were rooting for him to continue his bloody work. At the same time, showrunner Clyde Phillips believed this ending to be inevitable as Dexter couldn’t keep escaping forever.

It’s true that Roseanne got revived in 2018, but when people think about the finale, they go all the way back to 1997. In the ninth season of Roseanne, back in 1997, the Corners, known as a working-class family, win the lottery, altering the tone of the show during its final episodes.

After building an unrecognizable story, with odd stories, dialogue, and character arcs, the writers take another step into the abyss in the series finale as we learn that Dan, Roseanne’s husband, didn’t survive his heart attack at the season 8 finale. It seems that they spent a whole thing in Roseanne’s mind and imagination, which, when you think about it, is pretty depressing but, most of all, pointless.

Jump to 2018 as the show got revived just to be canceled after ten episodes, as Roseanne Barr, the protagonist, is involved in a controversy over racist and islamophobic tweets. What was meant to be a renewed eleventh season turned into the spinoff The Conners which, as of 2022, is going strong with five seasons.

This one got not one but two forgettable endings. The seventh season ended with a going-away party as Lorelai and Rory leave Stars Hollow. While this could be emotional and meaningful, it ends up being shallow as it leaves many things unsaid and doesn’t explicitly shed light on Luke and Lorelai’s future, which just felt abrupt.

However, the revival finale tries to do a full circle by getting Rory pregnant, as if to echo her mother’s history. Even though the message of repeating our family’s mistakes is painful as it is, even that they didn’t get it right, seeing that it’s totally different to get accidentally pregnant at 32 (Rory’s age in the revival) when compared to 23 years old (Rory’s age by the end of the seventh season) which would have resonated more with Lorelai having Rory at 16.

We’re sorry, but it doesn’t seem like a big deal. It’s true that Amy Sherman-Palladino wanted to use the words “Mom, I’m pregnant” at the end of Season 7, and maybe then it would have had the right impact. But as such, it might have been better for Sherman-Palladino to let go.

The last season of Game of Thrones was heavily criticized, and the finale was just the cherry on top. The characters went from taking an entire season to travel between locations to teleporting within two episodes. Characters that suffered an organic development, such as Jamie or Daenerys, were completely ruined in the last episode.

And, of course, Bran on the Iron Throne: who thought that made sense? “Who has a better story than Bran the Broken?” Everyone. Literally everyone. Maybe if they spent more time exploring the character and its powers, Bran’s role could have been clearer.

It’s true that David Benioff and D.B. Weiss were unfortunate as they were without source material after Season 5. While no one can hate the technical quality of the show, it was proven that it’s definitely not enough to spend millions on each episode to then not deliver appropriate storytelling.