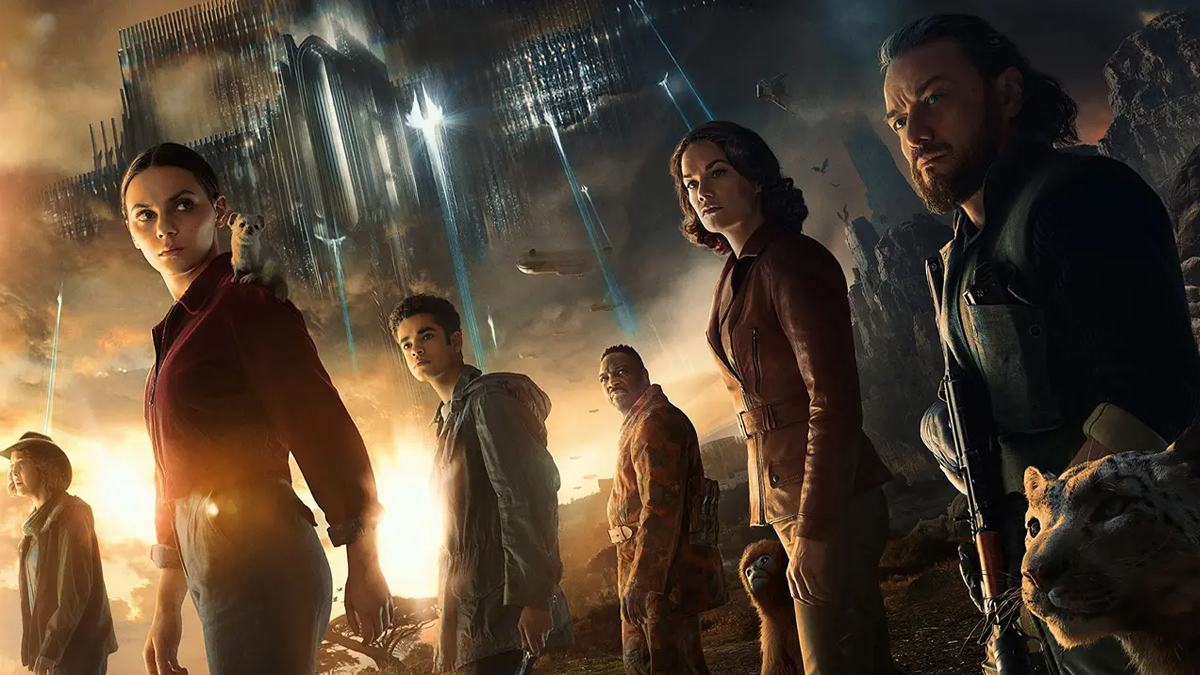 The third and final season of His Dark Materials premieres on HBO and HBO Max on Dec. 5, 2022, two years after the season 2 finale. Season 3 adapts The Amber Spyglass, the third book in Phillip Pullman’s trilogy. After the second season finale, many questions arose and piled together with previous ones that were still not addressed. As this is the series’ last season, there’s an expectation that they will be answered. While book readers might already know the answers to some of these questions, here are the seven questions we have going into His Dark Materials’ final season.

Why Is the Prophecy Important?

We’ve been hearing about the prophecy since episode one, and up until the season 2 finale, we got more and more details. When pieced together and after knowing that Lyra is Eve and Dust is the Original Sin, it’s not hard to see where the story is going and what the prophecy entails. However, why does it matter?

From what we see, humanity has already fallen, and that has led to Dust. So why is Lyra’s fate so important? Why are the witches, the Magisterium, and her mother protecting her? How does her fate relate to Will’s and Asriel’s war? What consequences can her choices have on humanity? What happens if she falls and repeats the original sin?

These are all relevant questions that have to be answered throughout the final season since they explain the core and reason for the series.

Where Is Mrs. Coulter Taking Lyra?

By the season 2 finale, Mrs. Coulter kidnaps Lyra and intends to take her to their home world to put a stop to her fate so that she doesn’t fall like the original Eve. However, it’s still to be discovered where exactly they are going and, of course, how will Lyra escape. As the Magisterium comes for Lyra and is ready to kill her, we wonder if Mrs. Coulter will hide and protect her daughter – perhaps somewhere remote – since some of her past behaviors leave space for doubts.

We’ll probably know their location right from the start of the third season, and it shouldn’t take Lyra many episodes to free herself as there are just eight episodes to wrap up the tale.

What Does Mrs. Coulter Know About the Spectres That Allows Her to Control Them?

Normally, the Spectres suck the life out of the adults that cross their paths. However, that is not the case when it comes to Mrs. Coulter. Besides being immune, she seems to know how to control them. Lyra’s mom tells Lord Boreal that when you know about a thing, you have power over that thing. This is, of course, extremely vague.

Mrs. Coulter has a vast knowledge that goes from understanding Dust to knowing how to separate humans from their Daemons, so it’s not surprising that she knows something relevant regarding the Spectres. However, it would be interesting if a concrete explanation was offered, and we could also know exactly what she knows.

What’s the Reason Behind Mrs. Coulter’s Abusive Relationship With Her Daemon?

This is a question some of us might have since the very beginning of the series and which probably will not be explicitly addressed. It’s one of those that might have many reasons or no reason at all. From not letting her daemon talk to scaring him many times and sending him to confrontations, Mrs. Coulter shows a different and rather abusive relationship with her daemon throughout the series when compared to other human-daemon relations we’ve witnessed. Interestingly enough, as daemons are connected to their humans, the pain she inflicts on him is being inflicted on herself as well. The question is: why is she doing this?

She believes that being attached to a daemon brings you closer to sin. However, if she is so worried about sinning, why does she behave the way she does with her daemon? Is it because she hates herself?

Mrs. Coulter is definitely a complex character, and we’re probably never going to fully understand her personality or her motives.

Will Will Give the Æsahættr to Asriel?

By the season 2 finale, Will finds his purpose as the knife bearer. His father tells him that he must find Lord Asriel and help him wield the knife against the Authority. While the last we see of him suggests he will fulfill his destiny, that is definitely something we’ll find out during this final season. On another, with Lyra missing, it makes sense for Will to go and look for her.

For now, both the Magisterium and Lord Asriel appear as enemies. In fact, Asriel has shown that he will hurt anyone that gets in his way. Hence, it’s really hard to picture Will siding with him once he realizes Asriel’s darker side. However, if he indeed decides to stray away from his destiny, it will be interesting to see the consequences of that and what path can he forge as the knife bearer.

Why Are the Witches Siding With Asriel?

This one follows from the previous question: should we be rooting for Asriel? While the Magisterium wishes to keep the Authority intact, Asriel finds himself on a noble mission to destroy the corrupt system that wants to control people. It seems clear that the Magisterium is as evil and authoritarian as it gets, but Asriel, just like in many wars, is not a blameless opponent. He has killed Lyra’s best friend, and he has never shied away from his goal, no matter the means it took to achieve it.

Hence, as a viewer, his morality is not a given. However, the witches, who wish to protect Lyra and who have shown to be decent, want to side with Asriel and help him in the war. Why? Is it because he is the lesser evil of two evils? Is it because his cause is right and, at the moment, it doesn’t matter how he got there? Or is there something else?

The truth is, we still don’t know that much about James McAvoy’s character. Therefore, it would make sense for us to get to see more of him in the season. While we might not side with him, we’d understand the character a bit better.

After the credits of the season 2 finale, we see Lyra reuniting with Roger, and he is asking her to help him. While it would be great to have such a loved character back, it seems unlikely as he was severed from his daemon and killed. As Lyra asks, “what is this place” we’ll have to ask the same.

Where are they? How does she end up there? And what does it all mean? Is there a way of communicating with the dead? We’ll probably understand this right at the beginning of the season, and it might shape Lyra’s future somehow. After all, it seems fitting that, as the hero, Lyra must go on a journey through the dead and come back stronger and more sure than ever of her role.

While this scene ended season 2 with a major cliffhanger and sparked a lot of confusion and curiosity, it might not be that important in the end. Nonetheless, it wil be nice and nostalgic to see the two of them together again, and, who knows? Roger might have some nice advice to give Lyra.