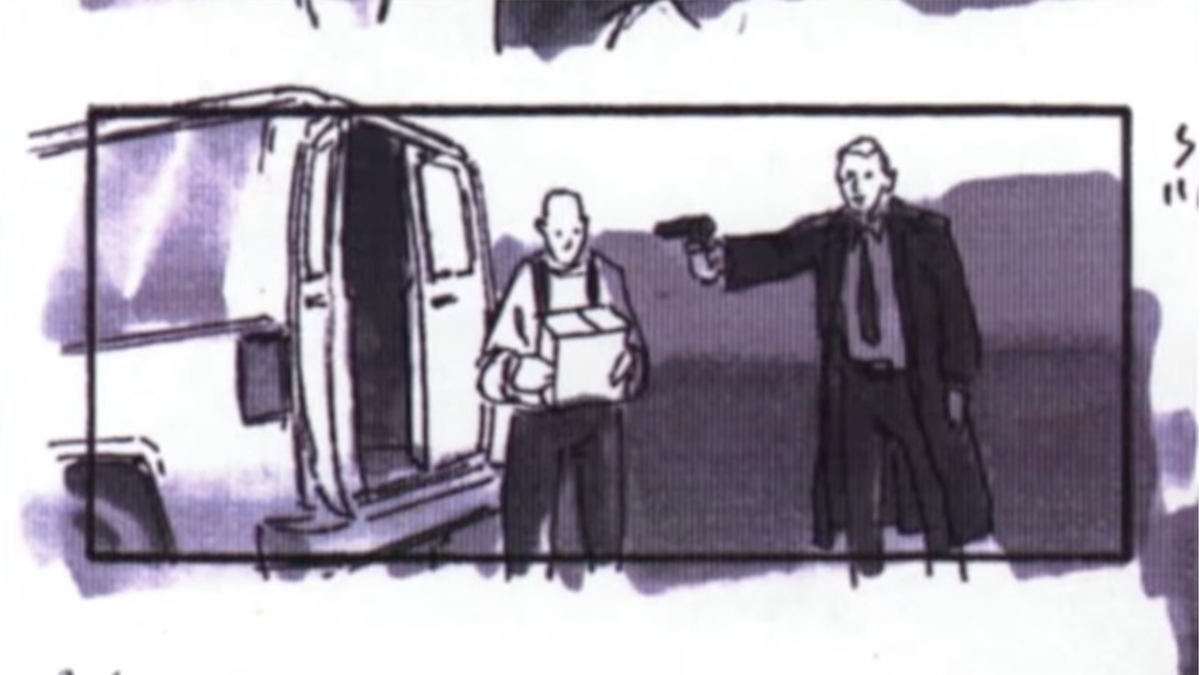 To this day, Se7en is still remembered by critics and fans alike as a masterpiece of modern cinema. This was David Fincher’s second movie, and it cemented his place in Hollywood as a technically savvy, visionary director after the fiasco of Alien 3.

One of the biggest stories about Se7en after its production was that there was an alternative ending, never shot, that the studio believed would work better as an ending for the film, making the audience feel better for Mills (Brad Pitt’s character).

The Fincher Analyst YouTube channel has the animated storyboards as proof of concept of that alternate ending. You can watch them, with Fincher’s explanation, below:

In this alternate ending is Somerset (Morgan Freeman in the movie), who ends up shooting John Doe so that his partner doesn’t become a killer.

Although for its comments, it looks like neither Fincher, actor Brad Pitt, nor screenwriter Andrew Kevin Walker felt the alternate ending was going to work. They believed the controversial alternative ending wasn’t as impactful and would’ve compromised the film’s central idea: “You step on evil and have evil on you.”

David Fincher has always been known as a perfectionist and methodical director, and his explanations in this YouTube video work perfectly as a master class on intention and what a storyboard should do. He also makes abundantly clear his intentions for the movie ending, and why he wanted it to finish as everyone saw in the cinemas, with Mills shooting John Doe.