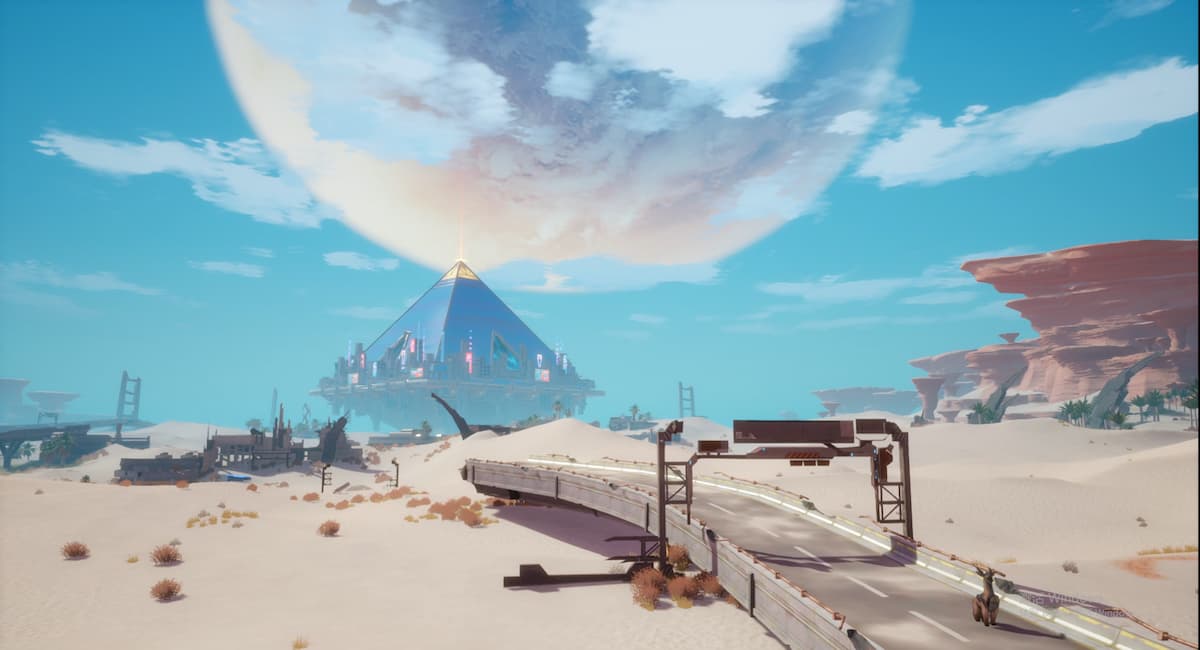 This article is sponsored by Tower of Fantasy. Play it for free here.

Those looking for a new ARPG fix need look no further than the free-to-play title Tower of Fantasy. Developed by Hotta Studio and published by Level Infinite, Tower of Fantasy is a shared-world ARPG set in the far future after humanity has settled on a new planet. Players will explore this planet and get sucked into a story that involves searching for their missing twin while narrowly avoiding different monsters and enemies.

Similar to titles such as Guild Wars 2, Tower of Fantasy contains a vast open world with multiple regions and biomes. With combat taking place in third person, players will be immersed in the alien planet of Aida through colorful graphics and stunning vistas. A compelling narrative is peppered throughout with full voice acting for each character. As well as having single-player content, tons of PvE and PvP options are available to extend the game beyond its story campaign.

Tower of Fantasy originally released in China last December, but made its way west in August. Available via direct download from the game’s official website as well as being downloadable on the Apple App Store and Google Play Store, PC players were given a new option when the game was added to Steam on October 20, 2022.

Alongside its release on Steam, Tower of Fantasy was updated to version 2.0. This new update included the “Vera” expansion, which added two new regions, a brand-new story with new characters, extra world bosses, new instances and raids, brand-new gear, and exclusive endgame challenges. Players will traverse through a cyberpunk city, an irradiated wilderness, and do battle with a mysterious faction called the “Greyspace Entities.”

In the Vera Desert, players will battle with the fearsome monster Magma. Magma is a giant crocodile-like machine with a history dating back to before Aida’s Cataclysm (the event that kicks off the story in Tower of Fantasy). With hard scales across its body, players will need to bring their strongest weapons to do battle with it.

If that wasn’t enough, western players will finally get to face off against the deadly Rudolph. While its funny name and reindeer-like appearance may fool you into a false sense of security, Rudolph won’t be carrying a sleigh full of gifts. Created by the Mirroria Department of Science and Technology, this creature will ram players and trample them as it seeks to wipe out any resistance.

After dealing with those monsters, players will likely traverse to the brand-new city of Mirroria. Taking on a cyberpunk aesthetic, Mirroria stands as a respite for the survivors of Aida. Containing such luxurious locations as the Oasis Club and the Mirafleur Hall hotel, Mirroria should prove to be a new gathering hub for you and your friends. When you’ve got your fill of the pretty sights, make sure to tackle the exciting new endgame boss, The Puppet Singer, found deep within Mirroria’s many nooks and crannies.

Lastly, the brand new PvE locale Greyspace is traversable with a ton of new monsters to engage. Related to the new plot, players that trek around the Greyspace will frequently run into Abyssant Weavers, an unexplainable monstrosity that can summon doppelgangers to do battle alongside itself. These are only topped by the Abyssant Devourers, a whale-like enemy that feasts on its foes to satiate its hunger.

All of this and more is waiting for you within Tower of Fantasy. With no cost to start playing and a ton of content planned for the future, this exciting and bright ARPG could just be your next favorite game. Available on iOS, Android, and PC, there’s no better time than now to jump in and get exploring.