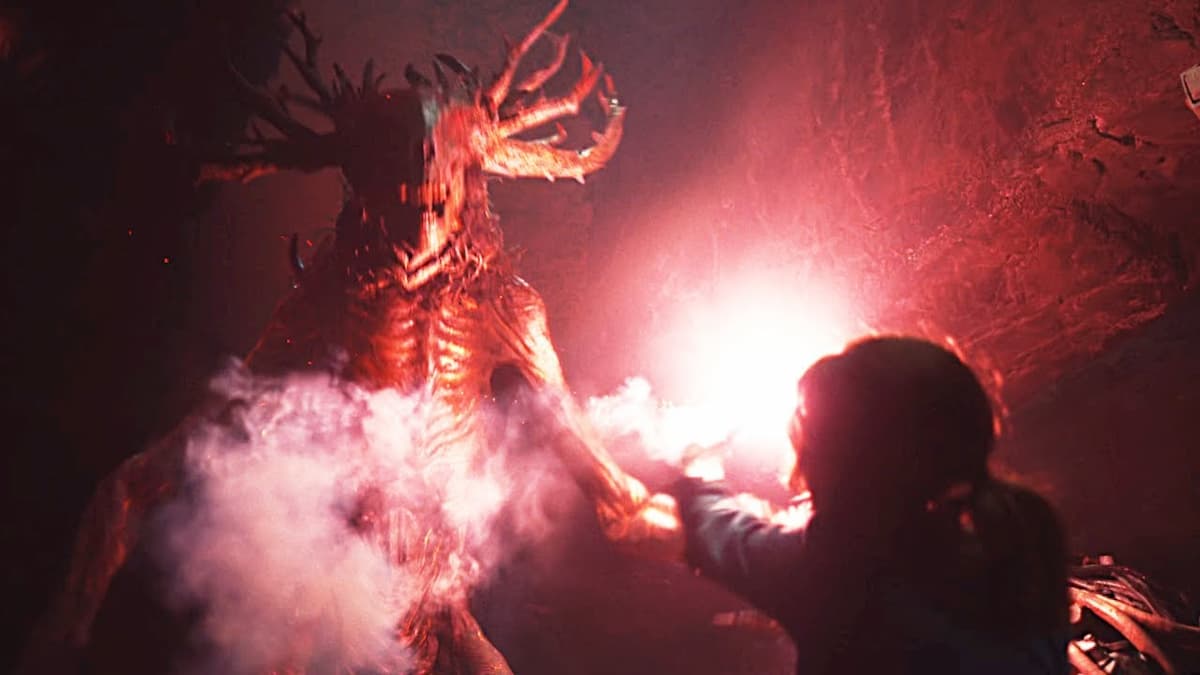 The ongoing pandemic threw a spanner in the works for the majority of industries around the world, and one that really received a beating was the cinematic and theatrical experience that we all know and love today. Fortunately, thanks to streaming, many of the films that were impacted by stringent restrictions and social distancing rules – which would go on to release to little fanfare in cinemas – are now finally beginning to receive a second wind on Netflix, HBO, Hulu et al.

Case in point: 2021’s Antlers is seeing a big resurgence in popularity on Hulu right now in the US, thanks to landing a number nine spot in the Top 10 most-watched films today, according to Flix Patrol. Not only was Antlers delayed on two separate occasions due to the global pandemic, but it also released to a fairly tepid box office reception most likely directly impacted by audience’s preferring to stay home, and stay safe.

For the uninitiated, Antlers is based on a short story called The Quiet Boy by Nick Antosca, and is a creature feature that centers on a lonely, young whippersnapper in a rural town who is suffering with deep-seated family problems. Namely, he has an ancient beast living with him in his home, as well as a dad who’s ostensibly a meth dealer. Not exactly an ideal functioning family, then, right?

Produced by horror savant Guillermo del Toro, and directed by acclaimed filmmaker Scott Cooper, Antlers features a solid breadth of acting talent ranging from Breaking Bad‘s Jesse Plemons and We Were Soldiers’ Keri Russel to The Green Mile’s Graham Greene and A Scanner Darkly’s Rory Cochrane. Through a critical lens, the horror pic possesses a laudable 60 percent “Fresh” Critical rating over on Rotten Tomatoes, while the regular Joes weighed in with a slightly more admirable 67 percent.

Ultimately, while Antlers may not be an earth-shattering or groundbreaking horror tale, it is a fairly memorable one, thanks to its impressive practical effects, creepy atmosphere, and eerie monster design. So, if you’re hankering for a creature feature to keep you up tonight, then look no further.