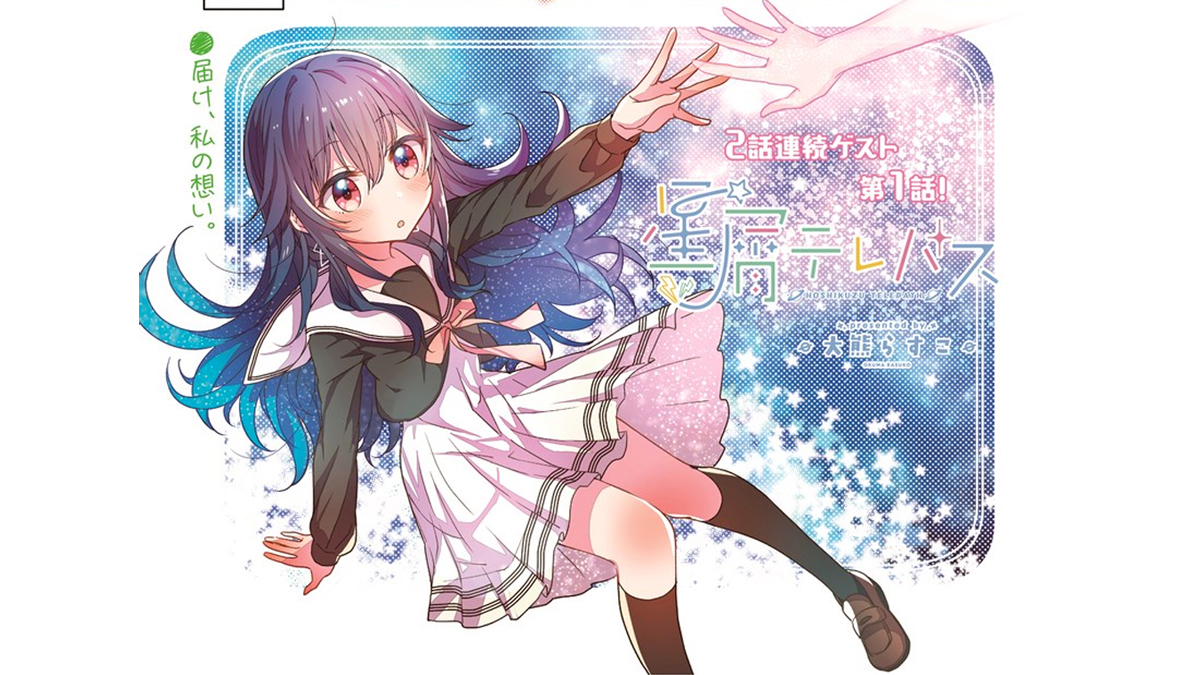 Today, it was officially announced that the popular Manga Hoshikuzu Telepath (Stardust Telepath) would be getting an anime. The entire 4-panel manga series, written and illustrated by Rasuko Ōkuma, is being adapted.

Details about the anime are still quite sparse, though there is an official website and an accompanying link to a colorful manga page being part of the announcement.

The key visual depicts the main character, Konohoshi Umika, who’s a high school girl with an anti-social personality and oddities. She feels like she doesn’t belong and one day meets another girl who claims to be an actual alien. This alien girl is Yū, a transfer student who reads the feelings of someone who touches foreheads with her.

The manga series was serialized a few years ago in 2019 via Manga Time Kirara, with two collected volumes being released in 2020 and 2021. Hoshikuzu Telepath was nominated for a Next Manga Award Best Printed category in 2021, and although it didn’t win, it was a good way to help boost the first work of this manga author.

This story brings together sci-fi elements with comedy and aliens, a topic not many recent anime have tackled, so it should be interesting to see how this one turns out. Be sure to check back to the site for more information on the anime as it is released, and check out all of the other articles we’ve got related to the genre below.