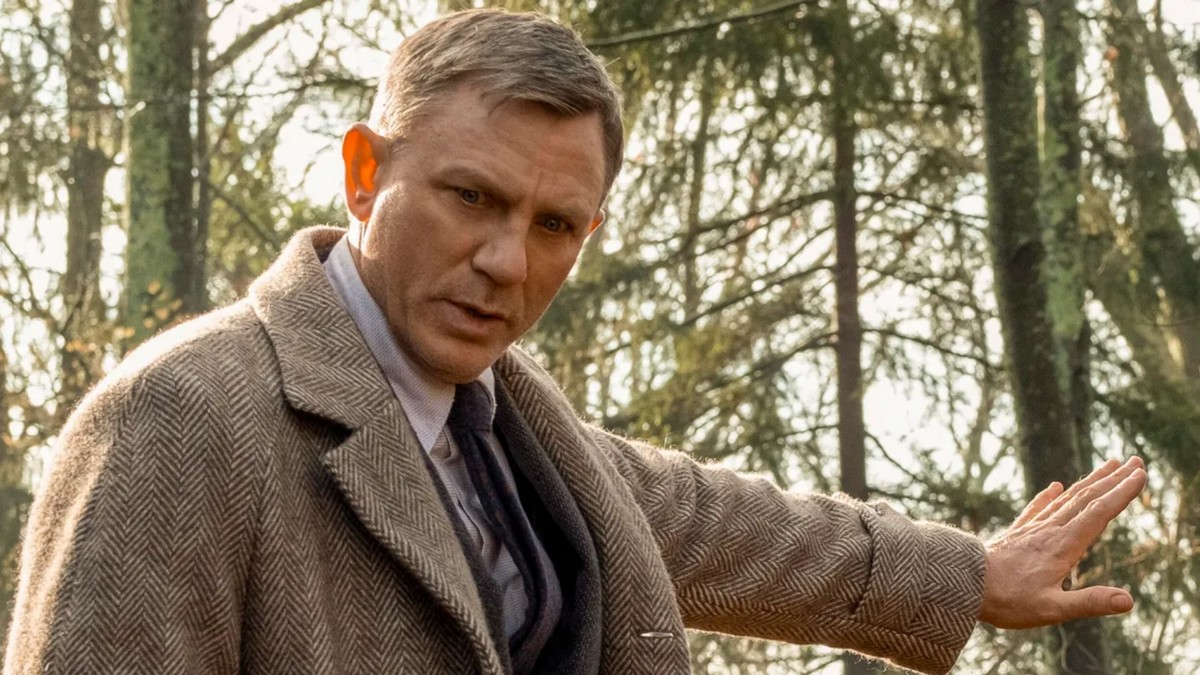 Fans of writer/director Rian Johnson’s 2019 hit Knives Out won’t have to wait much longer for their first look at its highly-anticipated sequel, as Glass Onion: A Knives Out Mystery is set to deliver its first trailer tomorrow, its official Twitter account has revealed. The tagline? “Nothing is ever as it seems.”

Back in 2019, Daniel Craig and an ensemble cast including Chris Evans, Ana de Armas, Jamie Lee Curtis, Toni Collette, and the late Christopher Plummer—just to name a handful—took audiences by storm as Craig, playing the ever-clever private detective Benoit Blanc, looked to get to the bottom of a murder-mystery.

Plot details for Glass Onion remain scarce, but we do know one thing is certain: Craig will continue playing the cunning private detective. He remains the lone constant from Knives Out and is joined this time by the likes of Edward Norton, Kathryn Hahn, Dave Bautista, Ethan Hawke, and more.

Fresh off his incredibly divisive stint directing Star Wars: The Last Jedi in 2017, perhaps not even Johnson himself could’ve imagined how warmly his follow-up project would be received. Straying far, far away from that aforementioned galaxy, Knives Out went on to become a commercial and critical smash hit—grossing over $300 million globally while receiving high praise from critics and general audiences alike.

With a release date of Dec. 23, 2022, set, fans will have the option of either enjoying this holiday gift in theaters or simply streaming it through Netflix within the confines of their own comfort. As The Hollywood Reporter stated back in April of 2021, this will be the first of two Knives Out sequels as part of a staggering $469 million deal between Netflix, Johnson, and his producing partner Ram Bergman over at T-Street Productions.

Be sure to keep your eyes peeled for the teaser tomorrow, as we all look forward to Blanc peeling back the layers of what promises to be another fun, thrilling mystery.