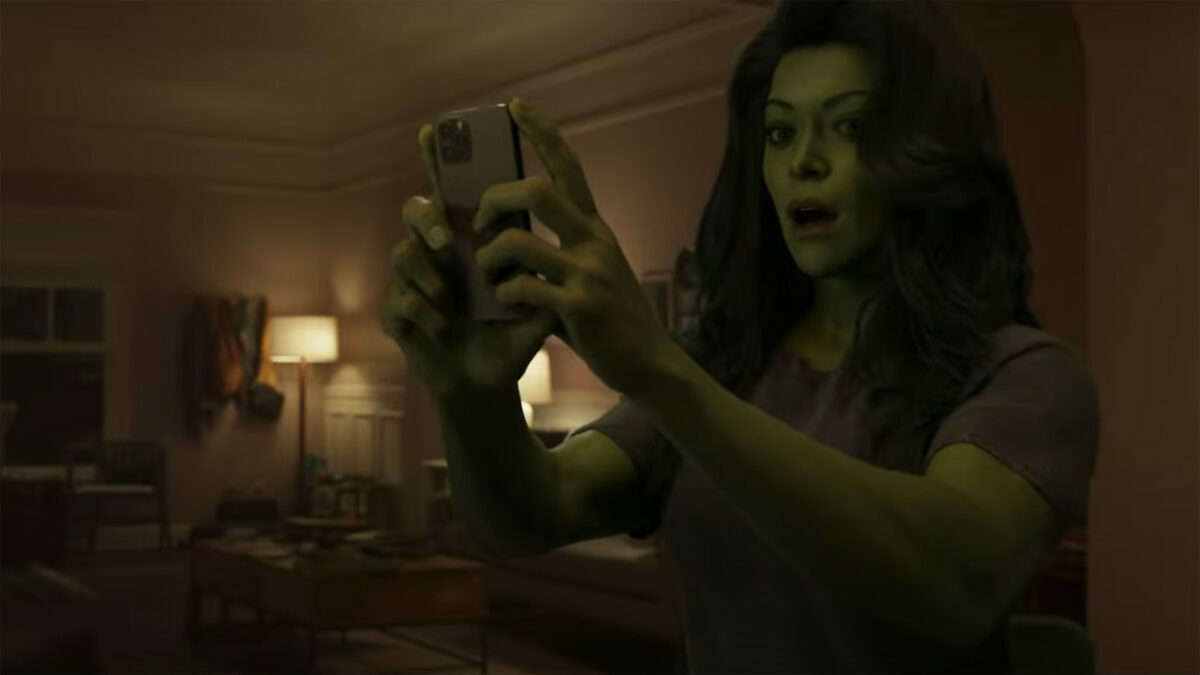 She-Hulk: Attorney at Law started streaming its second episode today, and with the episode comes some huge easter eggs, one of which finally addresses a past MCU installment, while the other teases a major character that may be coming sooner than expected.

At the beginning of the episode, titled “Superhuman Law,” Jennifer Walters gets fired from the DA’s office due to her being She-Hulk, something that is viewed as a liability. This causes her to look for other employment opportunities, which eventually leads her to consider jobs that have nothing to do with being a lawyer, as she is rejected numerous times. There is a scene in which we see Walters on a particular website, where the viewer is given a brief glimpse of the screen, in which there are some fun easter eggs, two of which are incredibly notable.

The first significant easter egg finally addresses Marvel’s Eternals movie, with one of the website’s related articles stating, “Why there is a giant statue of a man sticking out of the ocean,” a reference to the ending of the movie. It has been criticized that the MCU hasn’t had any reference to this massive event, so it’s great to see Marvel Studios finally have a project that acknowledges it.

The other huge easter egg teases a character who might be coming to the MCU faster than expected, with another related article stating, “Man fights with metal claws in bar brawl.” This is an obvious reference to Wolverine, which not only makes clear that Logan is out and about, but it also confirms that there are other mutants in the main universe alongside Ms. Marvel.

These two easter eggs have taken social media by storm, as people quickly noticed the references and were sure to share them almost immediately after the episode’s release.

Unfortunately, there’s a good chance that we won’t get any more developments for these fun teases within the series. However, it is fun that the MCU’s interconnected nature allows for meaningful references like these to happen.