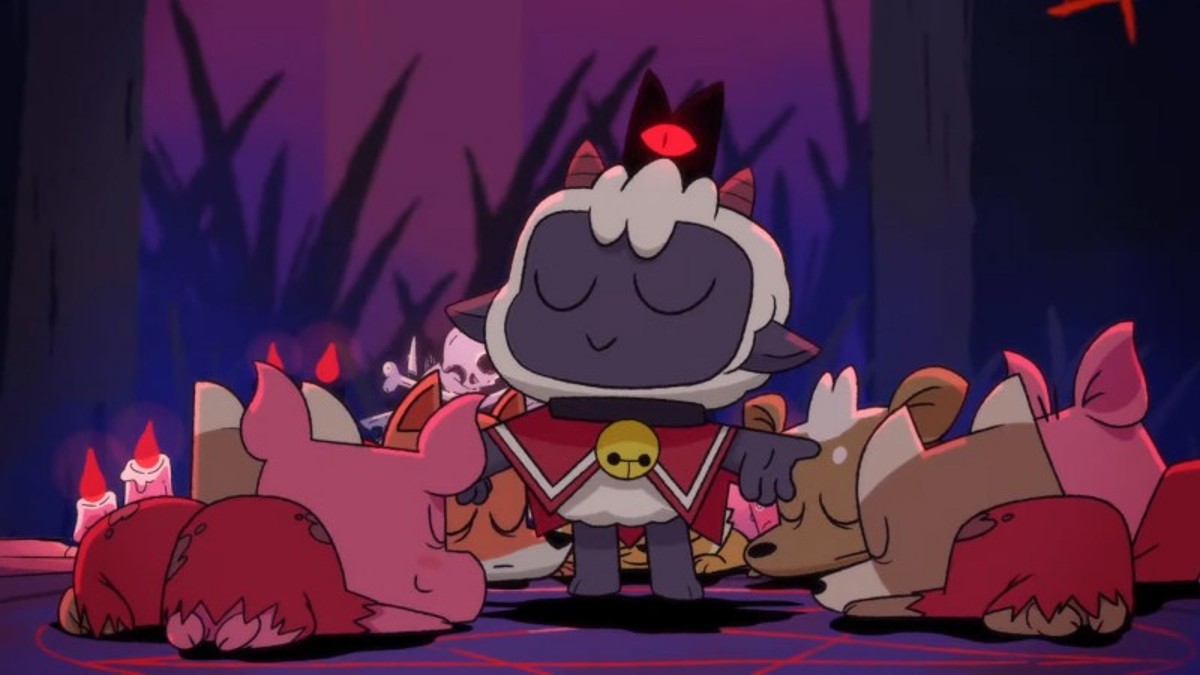 Cult of the Lamb is like the demonic love child of Hades and Stardew Valley, to put things crudely. It can also be a rather tricky game to get into, so here are a few beginner tips to help you get started.

Destroy Everything on Crusades

In the early goings of Cult of the Lamb, resources will be a little scarce, especially if you’ve got a handful of mouths to feed and a lot of stuff to still build at your Cult. As such, you’ll want to take full advantage of what the Darkwood has to offer by smashing everything you see.

In doing so, you’ll get a lot of helpful resources, like bones, grass, and meat. These items can be used to cook food to prevent your followers from dying of starvation or to practice Rituals like Funerals and Marriage later in the game.

You can also get some precise Stone by destroying the alters you run into along each path, so be sure to take full advantage of doing just that every time you run into one.

You obviously don’t need to do this too much later on in the game, as the Cult becomes pretty self-sufficient, but you’re still welcome to smash up everything you see for the sake of catharsis as well.

Symbols Above Room Entrances on Crusades

Despite the fact that everything is procedurally generated in Cult of the Lamb, there’s still a few tips and tricks you can learn about navigating the different paths and rooms in the game. For example, did you know that each new entrance you enter tells you what you’re walking into?

Any time you see a red sword floating in the middle of the walkway, you’ll be entering a combat room. If you look up and there’s a mobile with stars and crescent moons, that means you’re walking into a tarot card room. Similarly, if you look up and see wooden weapons, you’re entering a room with the weapons merchant.

As you start to progress throughout the Darkwood, you should unlock two important things: The Church and follower interactions. Both of these will play crucial roles in improving and maintaining the faith amongst followers and growing your protagonist’s skills, weapons, and abilities.

For the Church, you want to make sure to practice a Sermon every day, as you’ll gain devotion from your followers that lets you level up your curses and weapons on Crusades. This plays a big role in being able to survive when it comes to harder encounters in Anchordeep and Silk Cradle.

For cultist interactions, you also want to make sure to praise them once you get this action unlocked by the One Who Waits. Doing this not only raises your faith meter, but it also increases your follower’s level-up bar. When followers level up, they will allow you to unlock Doctrines and Rituals.

Despite this, a lot of them still died. Heck, I had one die from food poisoning, and another die from seeing that person die because they had a scared of death trait. The thing is, Cultists dying is part of the gameplay loop.

When they die, you’re able to do things that benefit the Cult. You can bury them and have a funeral, which allows you to farm devotion from their graves every day. You can also chop up their bodies and sell the meat for coins.

Even if you do manage to keep everyone alive, old age is also a thing in the game, and it comes pretty quickly. If you’ve got a character that’s been with you from day one, there’s a good chance they will die of old age before you even reach the second boss. That is just how the game works. Thankfully, there are plenty of ways to replace them, so you’re never short on devoted followers to help you build your Cult.

It doesn’t take long into building up your Cult in Cult of the Lamb to realize that Lumber and Stone make up about half the resource requirements for making and fixing things in the game. Whether you’re building a shelter to make your followers sleep well or a demonic summoning circle to aid you on the Crusades, you’ll definetly end up needing at least one of these resources.

Thankfully, there are a lot of different ways you can get Lumber and Stone, both naturally and as a part of building up your Cult. At the start, the easiest way to get them is by mining stones or chopping wood around the farm.

Once you run out of that, you can also get a bunch by choosing the rock or wood symbols while on Crusade. Eventually, when the demand becomes too great, and you’re running thin on resources, you’ll want to build Lumberyards and Stone mills where your followers can work and get more. Just keep in mind that both of these eventually break down and need to be replaced.

Buildings/Items Can Be Destroyed & Moved

Now, I’m not ashamed to admit that it took me a very long time of playing Cult of the Lamb to realize that you can actually destroy or move things once they’ve been placed on your farm. It’s honestly something that a lot of people will probably miss, to be fair.

All you have to do is head over to the signpost that you’d usually use to build new items once you have enough resources. To activate the build mode, just press X on Xbox or Square on PlayStation while in this menu.

This will now let you select pretty much anything, except for the alter, and give you the option to move or destroy it. This comes in handy if you’ve overplotted your farm and want to make some room or if you just want to refocus where your Propaganda Speakers are for the sake of efficiency.

Refight Bosses After Beating Them

As I mentioned a little earlier, any time you run into an alter out in the wild while on Crusades, you should smash that bad boy into pieces to get its devotion and stones. This is even more true after you’ve defeated the specific Bishop that rules the region in Cult of the Lamb, as it’ll allow you to refight that boss for some nice rewards.

All you have to do is hop into the red portal that is made after you destroy the statue, and it’ll take you to the boss fight. There is nothing different about the fight, and it’ll probably be a lot easier, especially if you have upgraded your abilities since the last time you fight.

When you beat them, you’ll get a slew of coins and even the possibility of some sweet drop, like tarot cards and follower forms. Unfortunately, it is RNG based, so there is no guarantee as to what you’ll get each time. Still, it is well worth it, especially if you need some extra coins.