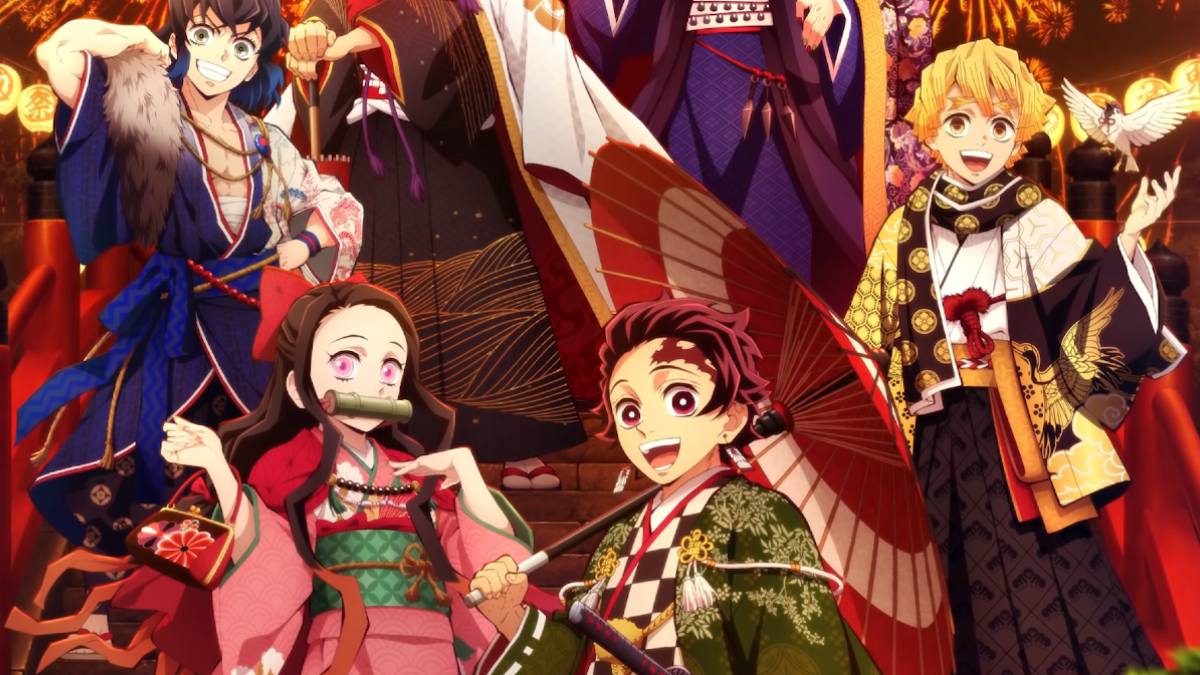 To celebrate the upcoming third anniversary of Demon Slayer: Kimetsu no Yaiba, a special stage celebration has been revealed for this weekend. Theprogram will be streamed live and is set to feature the show’s cast members, as they perform an exclusive live reading of an original story and a special live dubbing performance.

According to the press release, there will be two separate stage events, separated into celebrations for the Entertainment and Mugen Train arcs of the anime. You can read the official description below:

Originated from Koyoharu Gotoge’s Shueisha Shonen Jump comics with accumulated circulation
surpassing 150 million copies, and animation produced by ufotable, Demon Slayer: Kimetsu no
Yaiba is a story of a boy, Tanjiro Kamado who had his family murdered by a demon and joins
Kisatsutai in hopes to turn his demonized sister Nezuko back to human.

Commemorating the 3 rd anniversary of the first anime broadcast back in April 2019, Kimetsu
Festival ~3 rd Anniversary Celebration~ will be held on April 16 th and 17 th (JST).

Among the stage programs within the festival, the most anticipated are the two events, Kimetsu
Party -Entertainment District Arc- to be held on April 16 th (JST) and Kimetsu Party -Mugen Train
Arc- on April 17 th (JST), which a live reading of an original story and a special live dubbing
performed by all-star cast voice actors. These events will be live streamed to various countries
and regions via Stagecrowd, with English and Traditional Chinese subtitles available.

Anyone interested in watching the event can purchase a ticket via the Stagecrowd website (Entertainment Arc, Mugen Train Arc). The shows will be archived, and will be available on Apr. 24, 2022.