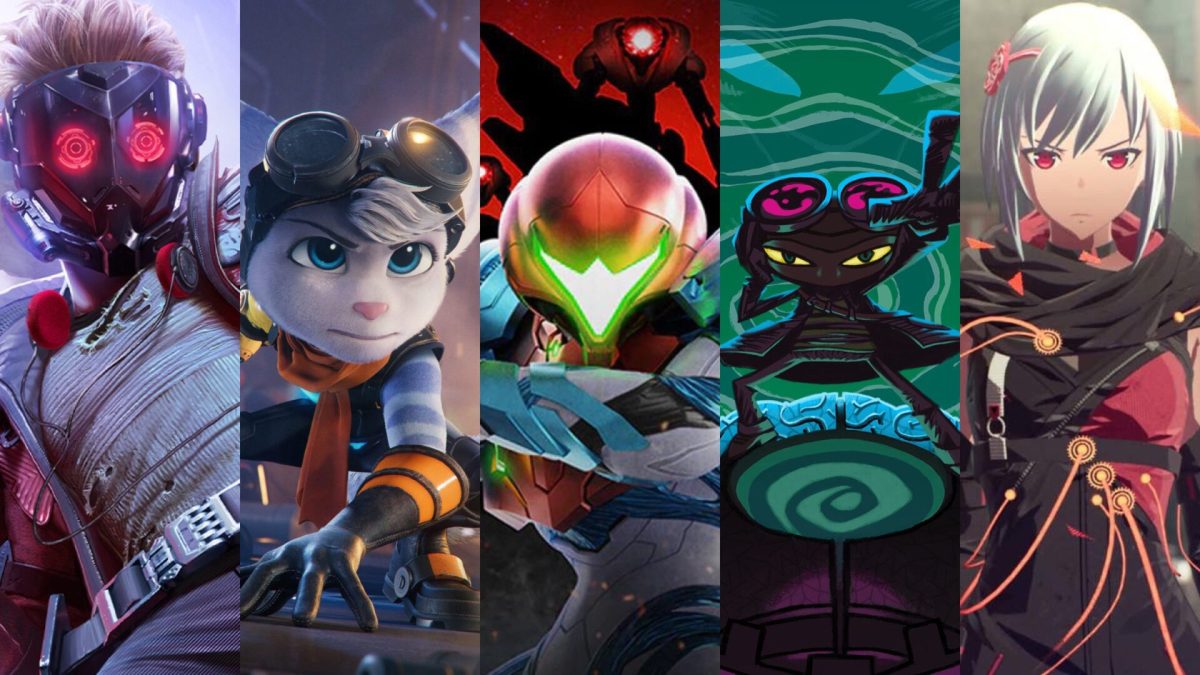 It’s time for award season here at Twinfinite, so we’re looking back at the best games from the past year. 2021 saw an impressive number of action/adventure games, each of them taking us on unforgettable journeys. Voted on by our very own editors and staff, these were the best action/adventure games of 2021 that offered the richest experiences in their genre.

News Editor Giuseppe Nelva: When Scarlet Nexus was announced back in 2020, it felt different from many other games coming from Japan. It was one of the first announced for next (now current) generation consoles, and it was going to release at the same time with an anime series by prestigious Studio Sunrise. It embodied Bandai Namco’s new IP policies, so I had high expectations for it.

I wasn’t disappointed when I played the game. While the story isn’t exactly shocking for those who are used to Japanese media (but it may shock others), it’s told in a fresh and interesting way, and the gameplay is a lot of fun, leaving tons of room for creativity. It’s certainly one of the best games coming out of Japan in 2021, and I’d say it’s quite underestimated in general.

If you liked Persona 5, it’s likely Scarlet Nexus is straight up your alley, and I don’t make the comparison lightly. Of course, it doesn’t play the same in many aspects, but it’s based on a similar core that builds the game on the interaction among a group of friends. It’s basically a playable anime, and that’s fantastic in my book.

Features Editor Andrew McMahon: When it comes to action/adventure games, Marvel’s Guardians of the Galaxy was easily the biggest surprise of 2021. Not only did this game manage to be better than last year’s Marvel’s Avengers, but it also carved out its own niche amid an already massive fanbase for the MCU installment of the franchise.

All of this is thanks to the combined strength of solid character writing and immersive combat amidst a deep, though linear, experience. It also doesn’t hurt that the game’s got a tracklist of the best the 80s has to offer, which is also blended seamlessly into the action.

If you can only go on one adventure this year, I’d highly recommend it be Marvel’s Guardians of the Galaxy, as it blends action and narrative perfectly to create an experience almost anyone will enjoy.

Senior Editor Alex Gibson: Arguably the best showcase of next-generation performance on the PS5, Ratchet & Clank: Rift Apart lived up to the billing in terms of its absolutely spectacular visuals and production quality. It feels as though every time Insomniac releases a new game in the series, we’re declaring “it’s like playing a Pixar movie!”—but seriously, it really is this time!

Rift Apart delivers much more than the sort of pretty visuals and genuinely amusing writing to put it on part with CGI movies, though. There’s a quality and innovation to its gameplay that also makes it a rival for the very best action/adventure and platform games of all time. Beyond just the typically robust platforming and shooting, there’s a new dimension-shifting mechanic that has been cleverly weaved into the experience. It’s an industry-leading design that boasts the creativity that mainstream games should be striving for but often don’t, and that’s something we should all celebrate.

Rift Apart is a game that truly can be enjoyed by anyone, and we adore it for reminding us that the very best games aren’t just the ones that not only impress you on a technical level but also put a giant smile on your face. Quite how Insomniac is ever going to top what is certainly the series’ high watermark we’re not sure, but then we’ve said this before and been pleasantly surprised time and time again!

Editor-in-Chief Ed McGlone: Psychonauts 2 is about as faithful and well-done as a sequel as one can be which is amazing considering it’s been over 15 years since the last release. But, amazingly, Psychonauts 2 doesn’t skip a beat.

The game picks literally right back up from the start of the last game, does an excellent job of bringing both series veterans and newbies up to speed, and then once all that is taken care of, players jump right back into the story with all of the skills they learned from the first game.

Learning new skills and evolving them in increasingly zany ways is a huge chunk of the fun in Psychonauts 2 where you’ll often be traversing the minds of some troubled individuals. This opportunity offers you the chance to explore some very fantastical worlds and I imagine it’s what allowed the developers to go wild with their imaginations, and give players all kinds of fun skills to explore these crazy worlds with.

Combine all that with a wonderful story and entertaining and memorable characters, and you have a recipe for one of the best action/adventure and platforming games in recent memory.

Staff Writer Rebecca Stone: Metroid Dread was a pleasant surprise for fans of the franchise. MercurySteam had already proven itself with the development of Samus Returns on the 3DS, so there was little doubt that it would struggle with creating a brand new world for Samus to explore in Dread. The company was able to capture the essence of the Metroid titles before it while also managing to innovate in a way that stays true to the series.

Metroid Dread is the epitome of an action/adventure game. Planet ZDR is a huge, diverse planet with tons of hidden secrets to discover, and Samus takes on a wide variety of abilities both new and old throughout the journey. The game encourages players to get lost in the world, and every boss battle is a trial-and-error test of both reflexes and sheer determination.

It can be easy to forget that this game’s predecessors defined an entire genre, especially because it’s been so long since a Metroid game has been in the spotlight. It’s been a long time coming, but the wait was very well worth it. Metroid Dread lives up to the high expectations that were set for it, and it has successfully reclaimed the title of queen of the genre.