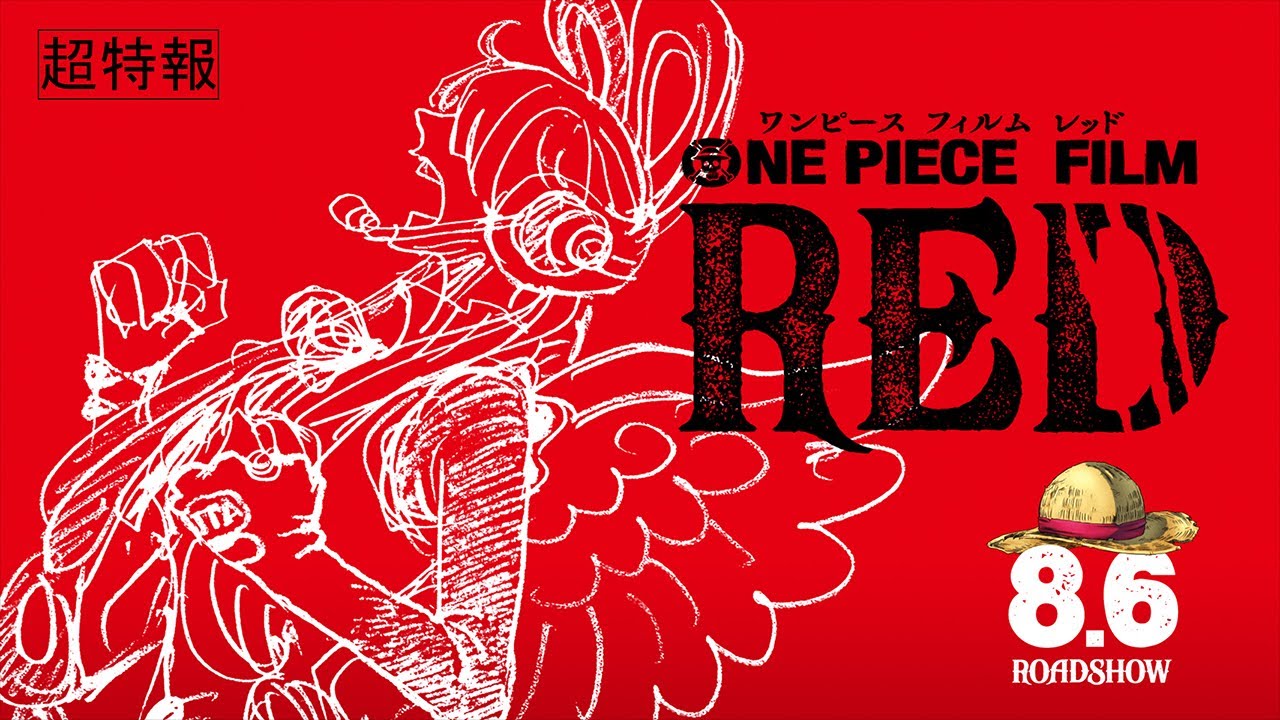 Today, celebrating the 1000th episode of the One Piece anime, we got the news that the upcoming movie One Piece Film Red will debut in Japan on August 6, 2022.

The movie, created from an original story by mangaka Eiichiro Oda, is directed by Code Geass’ Goro Taniguchi, with the screenplay by Tsutomu Kuroiwa.

The tagline is “An almighty voice with fiery golden locks” and a female character is displayed in the teaser trailer alongside Red-Haired Shanks, indicating that they may be related.

You can check the trailer below, alongside the video commemorating the 1000th episode of the anime and the comments from the creators from the official site.

We’re making a movie! “RED”!
I’m tired of drawing legendary old men in movies LOL! Let me draw a girl! “This is the character we want to create now!” That’s how it started. Did you know that the great director, Goro Taniguchi, who now seems like he is making something totally different from “ONE PIECE” was actually the first person in the world to make Luffy into an anime? Now, we have a lot of “surprises” in store for you. The new movie “RED”! Please let your fantasizing fuel your imagination while you look forward to it!

Who wouldn’t want to go along when a former shipmate says, “Let’s play again!” over a plate of meat?
That is the reason why I decided to be involved in this project after such a long time.
If possible, I’d like to look back at what “ONE PIECE” was for me and try to find some answers in my own way.
It may be a little different from the “ONE PIECE” of the past, but for precisely that reason, I want to express a “ONE PIECE” that has never been seen before.
Of course, I don’t intend to ignore the previous TV series and movies.
The anime “ONE PIECE” has such a great history. With that as a foundation, I would like to discover new possibilities with the help of Mr. Kuroiwa, the scriptwriter, and the other staff.

The general producer: Eiichiro Oda!
Directed by Goro Taniguchi!
All that is left is to get the script right, and the project will definitely be interesting! It turns out, when Mr. Oda read the finished script, he said, “It’s fantastic!” so I guess I was able to fulfill my role. Over the course of two years, we discussed with Mr. Oda and Mr. Taniguchi, and the process of getting closer to the goal little by little was like an adventure on a ship, those days passing like a dream. This is a story we wove together. I’m sure it will be a great movie that will touch many people’s hearts.
Please look forward to it!