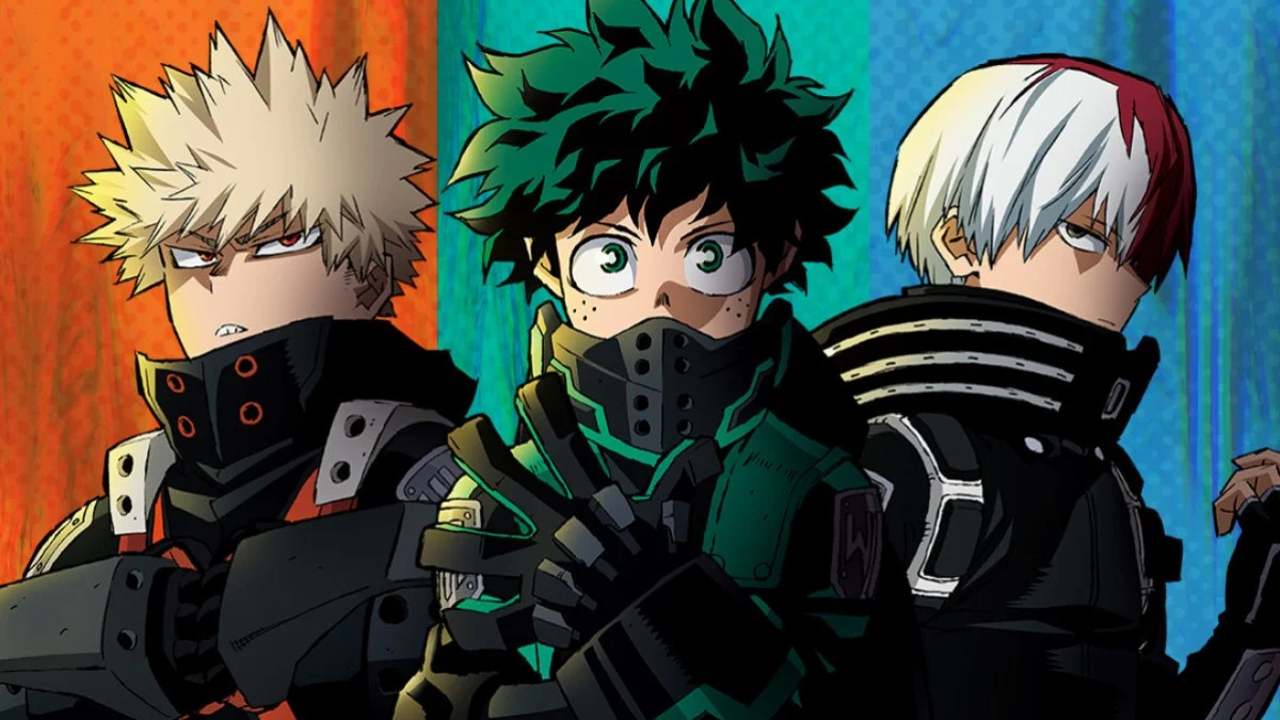 After watching the trailers for My Hero Academia: World Heroes’ Mission, I was really excited to see what the movie had in store. The premise teased that something exciting is at stake, as the story seemed to be about what would happen if Izuku “Deku” Midoriya, Bakugo, and Todoroki were on the run from an evil organization.

Unfortunately, after sitting through the entire thing, I have to say that the promotion of My Hero Academia: World Heroes’ Mission fails to live up to the hype.

The story certainly starts out promising, jumping right into the threat that non-quirk user terrorists, known as Humarise, pose to society. It’s made clear that they will stop at nothing to nearly kill every quirk user, and that they can do so easily with a chemical weapon that targets those with the meta-gene.

Sure, it’s kind of a cliche to have a deus ex machina device that can do that much harm for the sake of a threat to the heroes, but at least the premise behind its creation was rooted in the Doomsday Theory from the show.

To stop this group, every top hero in Japan is mobilized and sent across the world to the locations of known Humarise bases of operations all at once. We see everyone from Fatgum to Endeavor to Hawks, with some unique, never-before-seen heroes thrown in as well.

Workstudy heroes like Deku, Bakugo, and Todoroki are also included in this mission, giving fans the impression that we’re going to see an awesome team-up with all of these heroes. More than anything, I was one of the many people who were hyped to see how the highly promoted stealth suits were going to be used.

Again, I didn’t have to wait long, as Deku, Bakugo, and Todoroki don their stealth suits immediately for the opening raid. Almost as soon as these costumes were shown, though, they were never to be seen again.

Despite the action figures and the promotional art surrounding these three specific characters wearing these suits, they’re only shown for that opening minute-long raid. On top of that, the attack really wasn’t even stealthy, so one has to question why they were even wearing them in the first place…maybe just to sell some toys? This definitely seems like it’s the case when you realize that everyone else was just in their normal outfits.

Yet, that wasn’t even the biggest issue I had with how the film was marketed. The one I took most umbrage with is that barely any other hero from Class 1-A — you know, the group the series is primarily built around — even have any screentime in the movie, including Bakugo and Todoroki.

Instead, over half of My Hero Academia: World Heroes’ Mission is devoted to watching Deku and a no-name side character, Rody Soul, hide from Humarise. I suppose this wouldn’t be all too bad if Rody wasn’t such an annoying and boring character.

Rody betrays Deku multiple times and constantly complains, using the hardships of his upbringing as an excuse. Since he’s the cheery, happy-go-lucky protagonist that wants to save everyone, though, Deku doesn’t mind, using the power of friendship to help him change.

It’s a pretty tired formula to see in anime, especially since these characters really don’t have an ounce of chemistry. Unfortunately, that doesn’t stop My Hero Academia: World Heroes’ Mission from trying to convince fans otherwise, even going as far as to throw in a two-minute-long road trip with a music video montage right in the middle of the story.

While Todoroki and Bakugo show up again for the climax of the film, I can’t help but feel getting to see how these three characters would have handled being on the lam together would have been much more fun. It would have eliminated the need to provide a backstory for some random character we will never see again while also giving more time to flesh out the relationship of these three important characters even more.

Instead, Bakugo’s line delivery is essentially just “stop telling me what to do,” while Todoroki barely says anything at all. It also didn’t help that only Bakugo’s final fight was the least bit interesting.

Midoriya essentially just reenacts the U.S.J. fight between All Might and Nomu — in a way that makes much less sense — and Todoroki gets dominated for the very little time he’s on-screen.

Todoroki’s fight was so short that I actually still don’t even know what his enemy’s quirk was supposed to be. It all just felt rather underwhelming and poorly built up.

This is yet another situation that could have been improved if the story focused on Deku, Bakugo, and Todoroki. If each of these baddies had a role similar to the arrow girl that chases Deku and Rody for half the film, their final fights would have felt a lot less random and much more earned.

So, instead of a movie centered on Deku, Bakugo, and Todoroki, stealth suits, and how they all work together to stop a big bad, My Hero Academia: World Heroes’ Mission really just turned out to be a meaningless side story. It’s a shame that is the case, as there was a lot of potential to tell an interesting narrative that would have fleshed out relevant characters while also building upon the coming conflicts of Season 6.