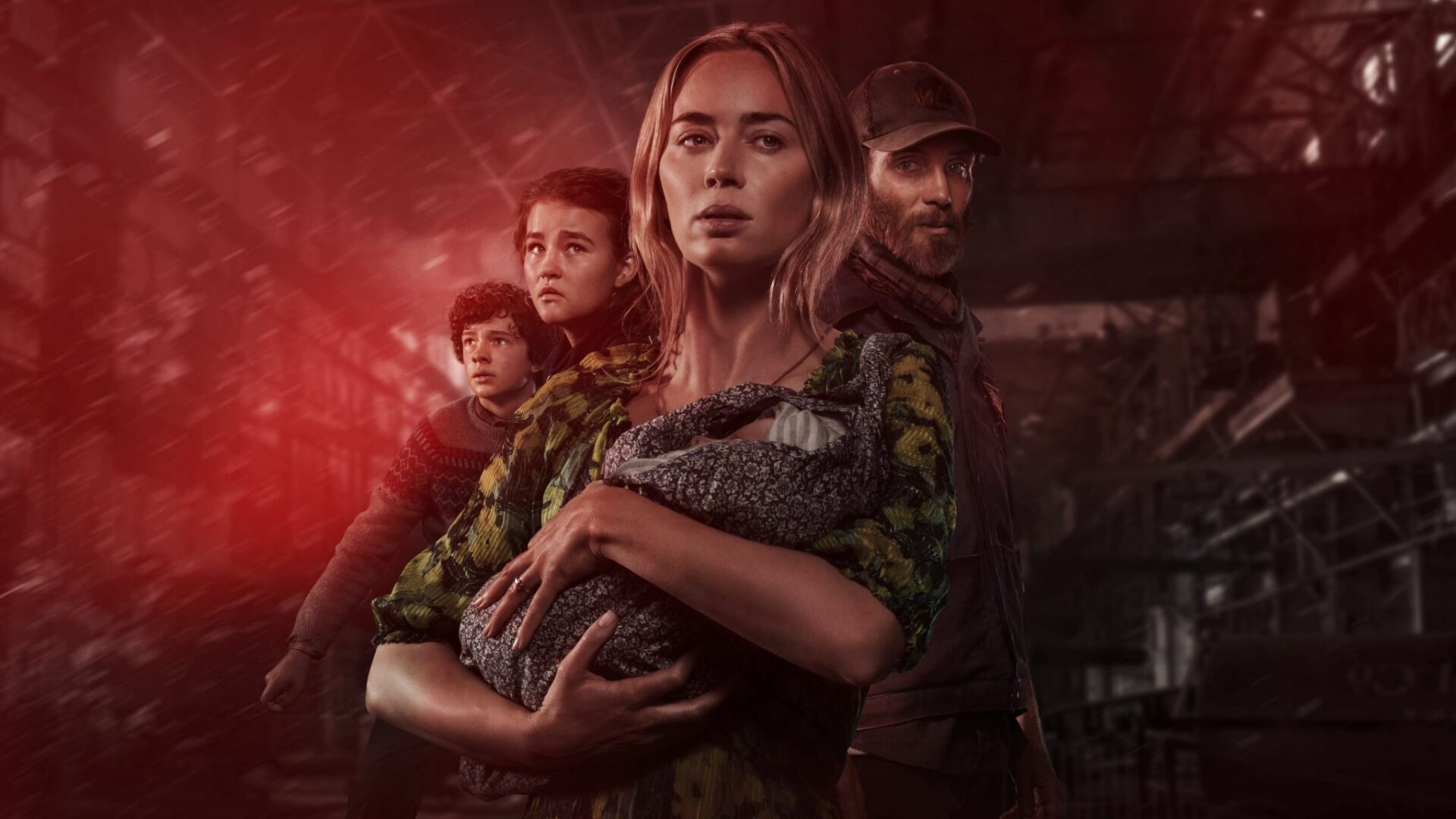 Following up on a hit film can be a tricky business. A sequel is competing with the impression of the first film and must expand the premise to justify its existence. This can often lead to sequel bloat, or too many narrative threads for one film to handle. A Quiet Place Part II avoids such trappings and manages to expand its world in a tight and thrilling entry that surpasses the original film.

What we knew of the world of A Quiet Place was very much around the Abbott house and their family dynamic. The original film does a fantastic job of establishing the Abbotts as a close-knit family and laying down the rules of the world and the creatures that stalk them. It’s in A Quiet Place Part II that director John Krasinski stretches his wings to reveal the world at large but still maintains a singular focus on furthering the Abbott family’s story.

The opening scene of A Quiet Place Part II gives us a glimpse of what happened on Day 1 and what the Abbotts were really like before their lives and their community went to hell. The film opens with Krasinki’s Lee Abbott making the rounds in his small town, making it evident that Lee is a pretty familiar figure in the community. This gives us the opportunity to view settings as we’ve never seen them, such as the convenience store that opened the first film.

The Abbott family is slowly reintroduced in this opening, Evelyn pushing little Beau on a swing while Regan watches her brother, Marcus, play baseball. Cillian Murphy’s Emmett, whom we meet again later on, is introduced here as someone who is clearly close to Lee and is a family friend to the Abbotts. It’s during these moments that signal the beginning of the invasion and gives us a first look at where these creatures came from.

Day 1 not only manages to be one of the strongest scenes in both films but retroactively enhances everything about the original. This is especially true when it comes to Regan. A core story beat of the first film was Regan’s attachment to her father, and her struggle to connect with him. The events of Day 1 show a Regan that is eager to stay by her father’s side to and it makes the fate of their relationship all the more tragic.

As A Quiet Place Part II moves into the present day, picking up minutes after the first film, the Abbotts are forced to move on from their homestead that is on the verge of being overrun. It’s here that we are reintroduced to Emmett who is a shadow of his former self. Unlike Lee, who was successful in keeping his family safe and thriving for over a year, Emmett has lost his wife and child. He is very much the antithesis of Lee, he has very little hope and is not willing to assist the Abbotts in any way.

The film’s focus really is about Regan’s desire to continue on her father’s legacy. As her story unfolds she develops a bond with Emmett, and while he’s completely unlike her father, she begins to trust him in much the same way. Their journey throughout the film fleshes out the greater mythology of the creatures, and we begin to learn more about what happened to the greater population.

The Abbotts are separated for a majority of the film, and if there is a weaker element of the film it’s the B plot involving Evelyn and Marcus. Evelyn is certifiably a badass in the original, and she does get some chances to show that off in A Quiet Place Part II, but it never reaches the white-knuckle tension from the original. Marcus on the other hand does evolve a bit more here, and it leaves him in an interesting place going into a sequel.

A Quiet Place Part II is successful due to the narrative heavy lifting done in the first film. It allows the Abbott family to grow as they begin their lives in the outside world, and that’s what A Quiet Place Part II begins to explore. This film ends in such a way that leaves you wanting more out of these characters, and really, that’s the best compliment you can give a story.

Do you think A Quiet Place Part II surpassed the original? Let us know in the comments below!

If you’re looking for more films like A Quiet Place, check out these 6 films that we found similar.