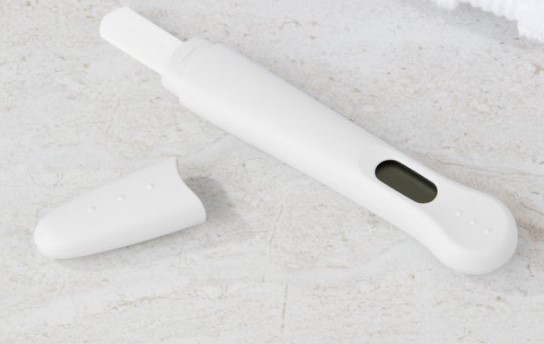 Video games are a magical form of entertainment that can transport players to fantastical worlds and keep them there for hours. But sometimes you just have the urge to find out if you can play games on a kitchen appliance. Here are some of the weirdest devices that people have been able to play video games on.

And yes, the Virtual boy is a very weird device that plays video games. However, we’re looking at devices that weren’t designed specifically for gaming.

There are three quintessential keys to the high school experience: Homecoming, Senior Skip Day, and playing games in math class on your overpriced TI-83 — or 84 if your parents loved blowing money. The teachers always cracked down on it, but that top-down shooter, Phoenix, is just too addictive.

Some people might argue that this one isn’t all that bizarre since so many students have played games on their calculators over the years. But just because playing video games on a calculator is exceedingly common, that doesn’t make it any less weird.

Printers have come a long way from the loud and clunky old dot-matrix devices that didn’t even have a black and white display. At best, you could play the song At Doom’s Gate on one of these old devices. But seven years ago, a team of researchers at Context Information Security was able to get the original Doom running on a Canon Pixma printer.

The color screen on the printer isn’t up to par with current monitors, but it’s clear enough to make out walls and enemies. Obviously, It’s not an ideal situation for playing Doom, but there are much worse ways to play coming up. But if you can handle staring at a two-inch screen, then go for it.

In 2021, you can play games like The Witcher 3 and Cuphead on the screen in your car’s dashboard. All you need is a minimum of $30 thousand for a Tesla. Or, just like the YouTube channel Can it Skyrim?, you can jerry-rig a rally car’s stereo to play Skyrim.

Better yet, you can play the game while the car is moving — or racing in the case of the video. Try doing that on a dumb old Tesla. That poor excuse for a vehicle can only play games while in park.

What’s more, this just might be the best you’ve ever heard Skyrim sound if you don’t happen to have a high-quality surround sound system in your living room.

If you just can’t stand to leave your video games in the living room, then you might want to look into upgrading your current fridge. Sure, a Switch would be more cost-effective than upgrading to a multi-thousand dollar fridge, but Nintendo’s latest console can get a little old.

As Beyazit Kartal says in their video, this fridge running Doom Eternal via xCloud is just a proof of concept at this point. There’s clearly a bit of input lag, but it certainly wouldn’t ruin the experience in a game like Octopath Traveler that doesn’t require split-second inputs as Doom Eternal does.

Digital cameras are a relic of a pre-smartphone world. While DLSRs and Sony’s Mirrorless cameras are still superior to smartphone cameras, they’re also more for a niche group of photography enthusiasts and professionals. But there’s one thing the good old Nikon Coolpix does better than those other cameras, and that’s playing video games.

Surprisingly, that one thing is playing video games. Will it Skyrim? is an absolute master of making almost any device play Bethesda’s latest single-player Elder Scrolls. While the camera itself doesn’t have the game files installed on internal storage or an SD card, it still uses full touch screen controls that you can use to play Skyrim on the device.

Clearly, no device is safe from people trying to make doom run on it. on the YouTube channel, Aussie50, we got a glimpse at how they were able to get Doom running on an ATM machine. Of all the weird ways to play video games, this one actually turned out looking and sounding pretty good.

What was even more impressive is the fact that the two were able to get some of the buttons to the sides working as functional keyboard buttons. Surprisingly, this ATM also had stereo speakers so you could hear the glorious sounds of Doomguy blasting his way through Hell.

Smartwatches are one of the coolest gadgets to become popularized in the last decade. It’s like a smaller version of your smartphone that’s much less clunky. There have been some smartwatch apps that work together with specific mobile games — like Pokemon GO on Apple Watches. But getting full-fledged games on a watch is a different story.

Unsurprisingly, Cant it Skyrim? was able to get the open-world RPG running on a Moto 360 smartwatch. Of all the weird devices you can play video games on, this one is certainly out there. The tiny screen doesn’t lend itself to displaying games well, but the touch controls shown off in the video actually seem fairly intuitive.

Of course, the pregnancy test’s monochromatic screen isn’t the ideal display for Doom, the fact that it’s possible is mind-blowing. Even getting it to stream from another device is wild. But running the game natively on the device is just so much more of a brain melter. Of all the weird ways to play video games, this is arguably one of the strangest methods you’ll ever see.