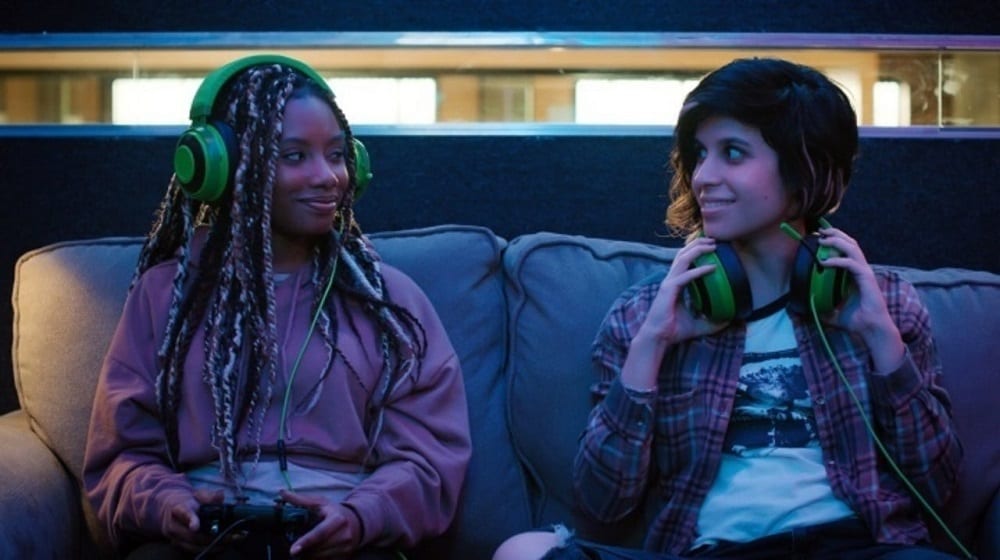 Apple TV+ may not have the same pull that its juggernaut competitors like Netflix or Disney+ do, but some of its exclusive shows are definitely watching, and Mythic Quest is one of them. It’s a game dev comedy by Rob McElhenney and Megan Ganz, and was written and produced by most of the Always Sunny crew including Charlie Day and David Hornsby.

If that isn’t enough to sell you already, here are four reasons why you should watch Mythic Quest’s first season, ahead of Season 2’s release next month.

Right from the very first episode of Mythic Quest, we get a look at the launch of the new Raven’s Banquet expansion for the most popular MMORPG in this fictional world. The studio gathers in front of a big screen as they tune into the channel of a popular Twitch streamer, and they wait with bated breath for him to reveal his opinion of the expansion overall.

As soon as the streamer gives his approval, the studio explodes in applause and relief because they know just how important streamers and influencers are in getting people to actually buy their game. It’s certainly a very exaggerated and comical look at the way streamers look, but the way people respond to influencers and reviewers is very real indeed.

Video game jargon and meme speak is used in abundance here, but it never ventures into cringe territory, which is a very fine line to balance in a show like this.

Crunch! Overtime pay! Microtransactions! Racial diversity! Women’s roles in gaming! These are all hot topics of debate that have persisted in the video games industry for years, and they’re touched upon in Mythic Quest as well.

There’s a whole episode dedicated to employees at the studio being worked to the bone to make Mythic Quest great, and one of the main characters shrugs it off by saying that, yeah, of course they’re gonna work to the bone because they know the end product is going to be something amazing and worth all of that blood, sweat, and tears.

It’s a pure-hearted sentiment to have, but also an unhealthy viewpoint that’s addressed over the course of the episode as a compromise is worked out between the employees and their superiors.

There’s also the show-stopping fifth episode that dives into the rise and fall of the legacy of a cult hit indie game that gets crushed under the weight of all the expectations and pressure that comes with success. It’s a tale we’ve heard countless times in the industry, but it doesn’t hit any less hard in Mythic Quest.

At its heart, Mythic Quest is a comedy about clashing personalities trying to get along with each other and work together effectively in a serious workplace. Nowhere is that more apparent than in the relationship between Rob McElhenney’s Ian Grimm, the creative director of Mythic Quest, and Charlotte Nicdao’s Poppy Li, the lead engineer.

Ian’s vision for the game is ambitious, and it’s Poppy’s job to bring that vision to life, no matter what it takes. This leads to a lot of tense back and forth between the two characters, but it’s always buffered by an effective layer of comedy as the two are constantly trying to undercut each other. It never feels malicious, though, and that’s the important part; both characters still respect each other, making for a relationship that feels both petty and heartwarming at the same time.

The supporting cast is excellent too, as David Hornsby fits perfectly into the role of the overly worried executive producer trying to get Ian and Poppy to play nice, while Danny Pudi of Community fame takes on the role of the shrewd Brad Bakshi, who’s in charge of monetization. Read: microtransactions.

Ashly Burch and Imani Hakim round out the cast as playtesters for Mythic Quest, and all of these characters provide different looks into how this MMORPG is being developed, and the relationship dynamics that come with it.

It’s Not Afraid to Get Serious

As funny as this show is, Mythic Quest also has moments of brevity that are hard to forget. This is best exemplified in Ian’s character, who always puts on a tough guy, devil-may-care facade, but is just as prone to emotional breakdowns as anyone else.

The hardest hitting episode comes in the form of a Quarantine special, which was released after the end of the first season and around the start of the COVID-19 pandemic. Shot entirely remotely, the cast comes to terms with working from home and show the toll that the pandemic has taken on them.

It’s a concept that wouldn’t work in any other situation, but the effect that the pandemic has had on everyone’s mental health across the world is very real, and it makes this episode hit particularly hard.

With season 2 coming up, Mythic Quest is getting a second special episode that will air ahead of the season 2 debut. Titled Everlight, it centers on the employees coming back to the office as they readjust to some semblance of normalcy.

Mythic Quest season 1 is now exclusively available on Apple TV+, and the second season is set to air on May 7.