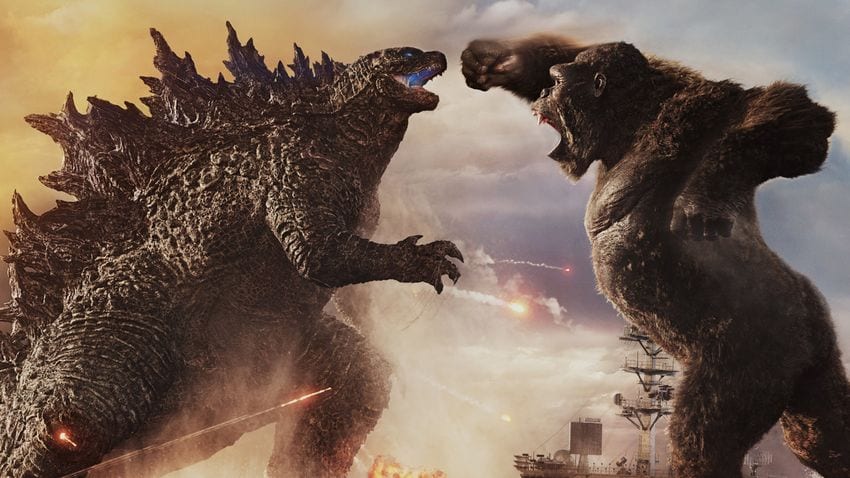 It’s safe to say that Godzilla vs. Kong is a smash hit, or as least as big of a hit as it could be given the circumstances. People turned out or tuned in en masse to see the King of the Monsters take on the King of Skull Island, and now the floodgates are open for other films from Godzilla’s catalog to be adapted. To that end, here are five MonsterVerse films that should follow Godzilla vs. Kong.

With King Kong now thoroughly established as a frenemy, there aren’t many Titans who would take on Godzilla. That’s why adapting Godzilla vs. Gigan would be the perfect way to open up a new stable of challengers.

In the original film, this alien cyborg kaiju is brought to earth in an invasion attempt by the M Space Hunter Nebula Aliens. Once the top monster of his own planet, he doesn’t take kindly to encountering Godzilla, and the two fight to see who will be the ruler of Earth.

A decidedly more sci-fi-inspired film than anything seen in the current Godzilla series, this movie would be great for further embracing the wacky and chaotic elements of Godzilla’s later films. Things like jumping through a hole going all the way through the earth would become commonplace, and the introduction of a cyborg kaiju would open up the possibility for bringing back most any defeated foe for a rematch.

On the other hand, there are plenty of movies starring man-made monstrosities for Godzilla to fight, and which could be redesigned for modern entries in the MonsterVerse.

One of the better ones from this pool would be Godzilla vs. Hedorah; aka the Smog Monster. After pollution runs rampant, a creature is born from the filth and decay. It threatens to lay waste to the world the same way humans have, and it’s up to Godzilla to set things right with some climactic showdowns.

Though it’s admittedly a bit ham-fisted in its subtexts, this movie wouldn’t be too hard to adapt today. The themes of anti-pollution and climate impact would still be relevant and would offer the perfect way to bring a sleeker, scarier interpretation of Hedorah to the new Monsterverse. Plus, its fight with Godzilla is one of the silliest and most entertaining in the series, which the series will need following Godzilla and Kong’s scrap.

The concept of Hollow Earth presented in the most recent films is a novel one, and a good way to capitalize on that would be to adapt Godzilla vs. Megalon.

The original film’s concept is simple enough: After years of nuclear testing, an ancient civilization akin to Atlantis has had enough of their surface brethren’s destructive tendencies. To that end, they unleash Megalon, an ancient insectoid kaiju who they’ve worshipped as a god for millennia. It then becomes the job of Godzilla – and the newly created Jet Jaguar mecha – to defend humanity from annihilation.

Though it’d be a bit similar to Gigan – both in its design elements and its eventual status as a recurring foe of the King of the Monsters – it’s undeniable that seeing a lizard fight a giant bug monster would be fun.

Plus, the introduction of a civilization still living in the Hollow Earth would help expand the universe’s lore to great effect. They could begin to dig into which monsters still call it home, and set up countless sequels qith the mention of icons that haven’t reached the surface yet.

For a sequel that goes completely off the rails into extreme campy-ness, the Monsterverse should look no further than Godzilla vs. Space Godzilla.

In addition to having what it advertises via Godzilla battling the Space version of himself, this film also brings in several other kaiju for good measure; namely, the mecha M.O.G.U.E.R.A. and the son of Godzilla. Both could be great additions to the current MonsterVerse, and could offer new opponents and motivations for Godzilla’s future brawls.

Plus, the adaptation of this film would honestly mean nothing is off the table for Godzilla fighting counterparts of himself, and an eventual Godzilla vs. Shin Godzilla might even be a possibility.

Ok, so this one is a no-brainer.

Years after its defeat at the hands of Godzilla, Ghidorah returns to take on the defender of Earth once again. However, he comes with some new modifications to his body, including a new mechanical head and tools like unbreakable grappling wires and enhanced lightning breath which could give him the upper-hand in the fated fight.

The chances of this one occurring is pretty much ensured, as it was already hinted at that Ghidorah would return via Godzilla: King of the Monsters’ post-credits scene. It’s also undeniable that the next MonsterVerse film will need to up the ante considerably in order to keep the films’ fights at their current level of intensity.

To top it all off, the film introduces time travel into the Godzilla mythos. Though this could muddle everything into an incomprehensible mess, it could just as easily open up a new avenue for taking on enemies from the past, allow Godzillas from past generations to enter the MonsterVerse, and so much more.