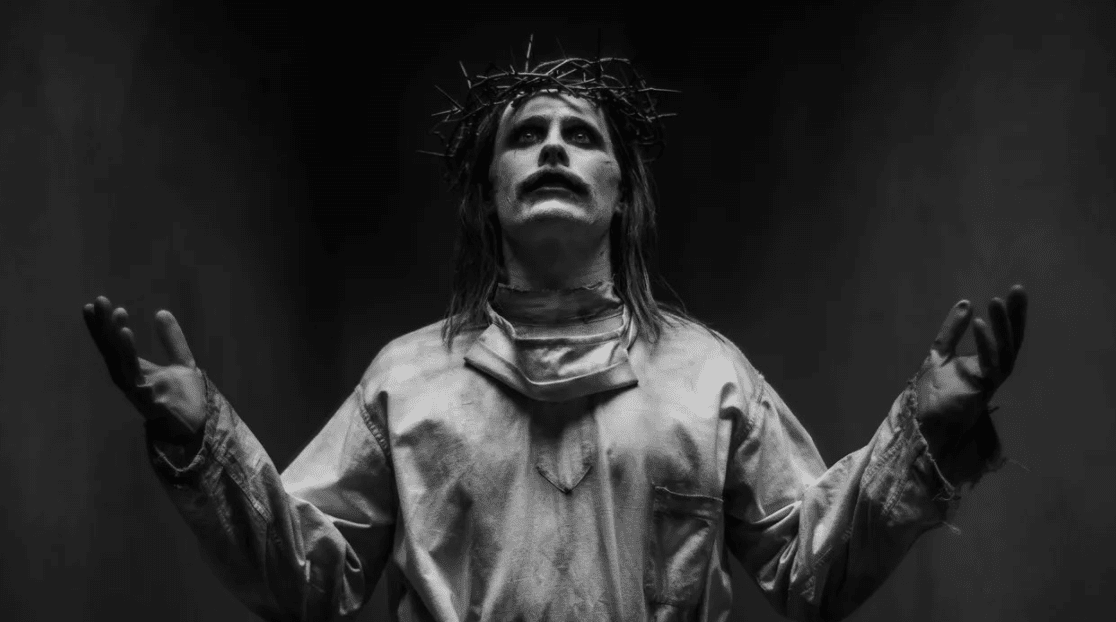 Today, via a new article from Vanity Fair, superhero fans looking forward to the upcoming Zach Snyder cut of Justice League got another look at Jared Leto’s new and improved(?) Joker.

And, well, it’s interesting, to say the least. Here is the full image from Vanity Fair.

Leto already once played the Joker in the ill-fated Suicide Squad movie. The movie was received lukewarmly, at best, and in particular, Leto’s Joker was derided by many that felt his take on the Joker was over-the-top and trying too hard to be edgy.

Gone are the cringy tattoos and in, I guess, are allusions to Jesus Christ? While it might look ridiculous on the surface, especially when you consider what Leto has been up to recently, with the proper context it starts to make at least a little bit of sense.

As Bloody Disgusting points out, and spoilers ahead if you don’t want any details about the Justice League’s Snyder Cut, the Vanity Fair article describes how the Joker appears in a dream sequence during an apocalyptic what-if scenario that shows what would happen if Bruce Wayne and the other superheroes fail.

So it might be fair to speculate that, in this scenario, the Joker is worshipped as a Christ-like figure. Who knows? Either way, if nothing else, it doesn’t appear that Leto’s Joker is going to slow down on the meme potential, that’s for sure.