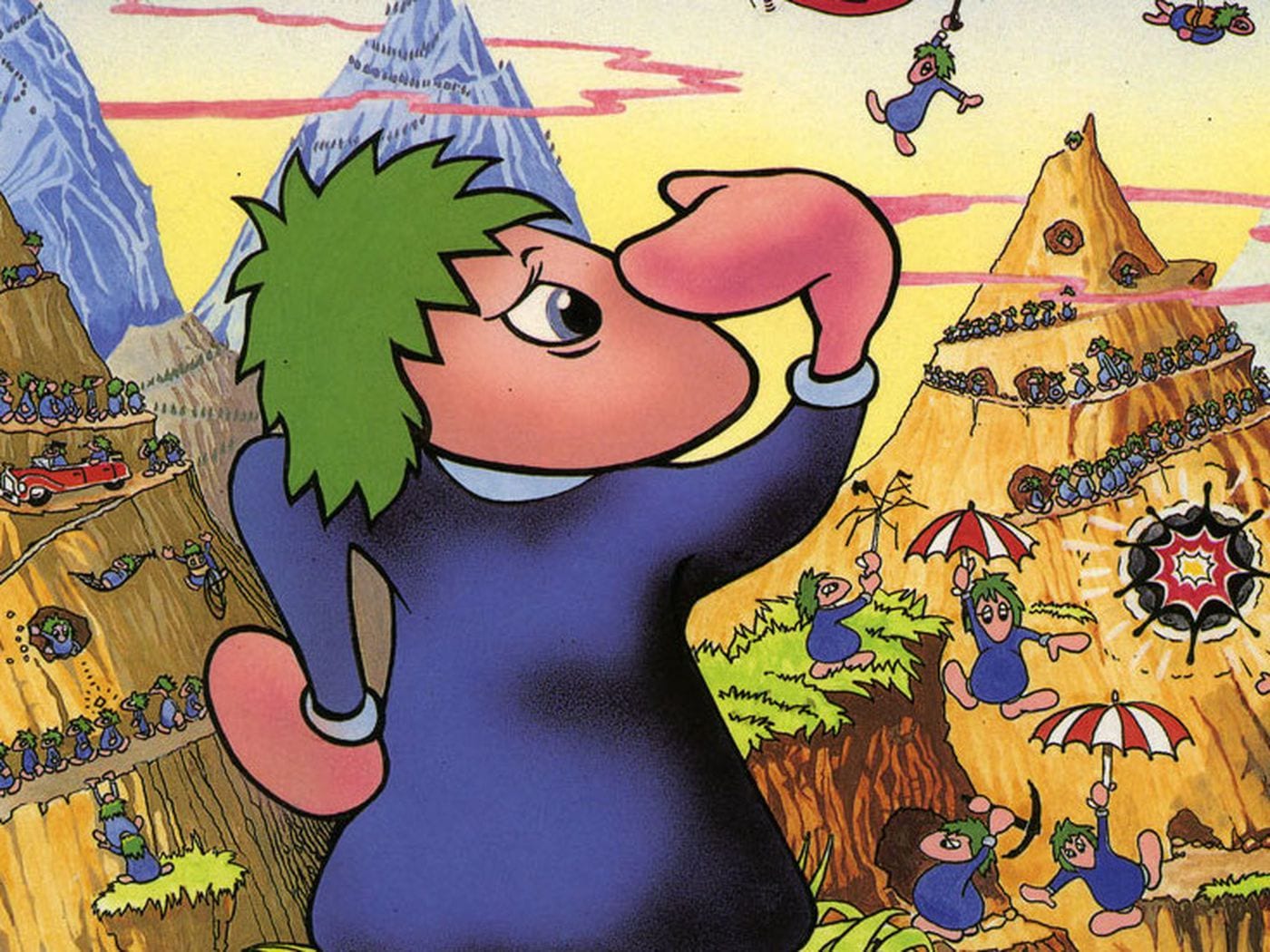 On February 14, 1991, something very romantic happened.

A band of adorable creatures marched proudly towards their destiny, entrusting their safety to an unseen, almighty supervisor who dictated their every move. It was an inspiring display of courage in the face of adversity… one that resonated with humanity so deeply, it’s remembered fondly to this very day.

Most of them died. Some horribly. It was all your fault.

Indeed, this month marked an unexpected anniversary of momentous proportions. Where some would attest that it’s all about Zelda’s 35th, Sonic’s 30th, or Ocean’s Eleven, to real-time strategist enthusiasts and psychopathic murderers alike, it’s time to celebrate the 30th anniversary of Lemmings.

When it first dropped on the humble Amiga, its clever design and addictive challenge quickly caught on, spawning expansions and sequels such as Lemmings 2: The Tribes, The Lemmings Chronicles, and Oh No! More Lemmings. There’s something particularly ballsy about titling your own game ‘oh no’, isn’t there?

The goal of Lemmings, of course, is to guide these hapless critters towards the exit, assigning them skills that allow them to build bridges, dig holes, or spontaneously combust, among others. Without your input, they will stroll unimpeded into danger, barrelling right off cliff faces or into deadly traps, in keeping with their namesake.

Grim aside: they don’t actually do this in reality, Disney just decided to stage lemming genocide for some gripping documentary footage back in the 50s. Bonus points to me for using the Alaska Department of Fish and Game as a source.

There is a kind of morbid fascination to be found in encountering a new obstacle for the first time. Ostensibly, our instinct ought to be swiftly working out how to avoid it, however it’s more likely that we’ll sacrifice one or two stray Lemmings to test it out instead. The results: immolation, decapitation, obliteration or being crushed into a bloody pile of goo. This is no exaggeration, mind you — as the deaths were sometimes jarringly graphic.

Modern censors cluck their tongues at scantily clad protagonists, whereas we were all hardened in our youth by the hideous sound of a hundred forlorn Lemmings meeting their maker. How times have changed, though. Admittedly, you probably wouldn’t want to see the Lemmings in a state of undress, either.

As for these eponymous beasts (in an effort to usher you away from that chilling visual), they’re quite intriguing in their own right. They don’t resemble real lemmings in even a cursory sense, coming across more like sleepy, mindless gnomes of some description.

Their friendly appearance lends a degree of sympathy to their plight, as each step they take could easily be their last. If you’re keen on allegory, you could see their scenario as deeply mirroring that of humanity. We too tread boldly into unknown territory, oblivious to the horrors that lie ahead.

Yet, it’s in this ignorance that we find a kind of foolhardy perseverence. A smarter, skittish person may second guess their path, and in doing so, question the very flow of life. Will such informed cowardice truly lead them to paradise? And even should they succeed, was theirs a life worth living at all?

These are the things one ponders when they study arts at community college. For the rest of us (read: you), the enjoyment of Lemmings remains as straightforward as those vacant fools upon its cover: it’s a fun diversion that tests your lateral thinking.

Extrapolate whatever else beyond that you wish; just so long as you tend to those daft little dweebs in their time of need. Happy anniversary, Lemmings. Let’s go!