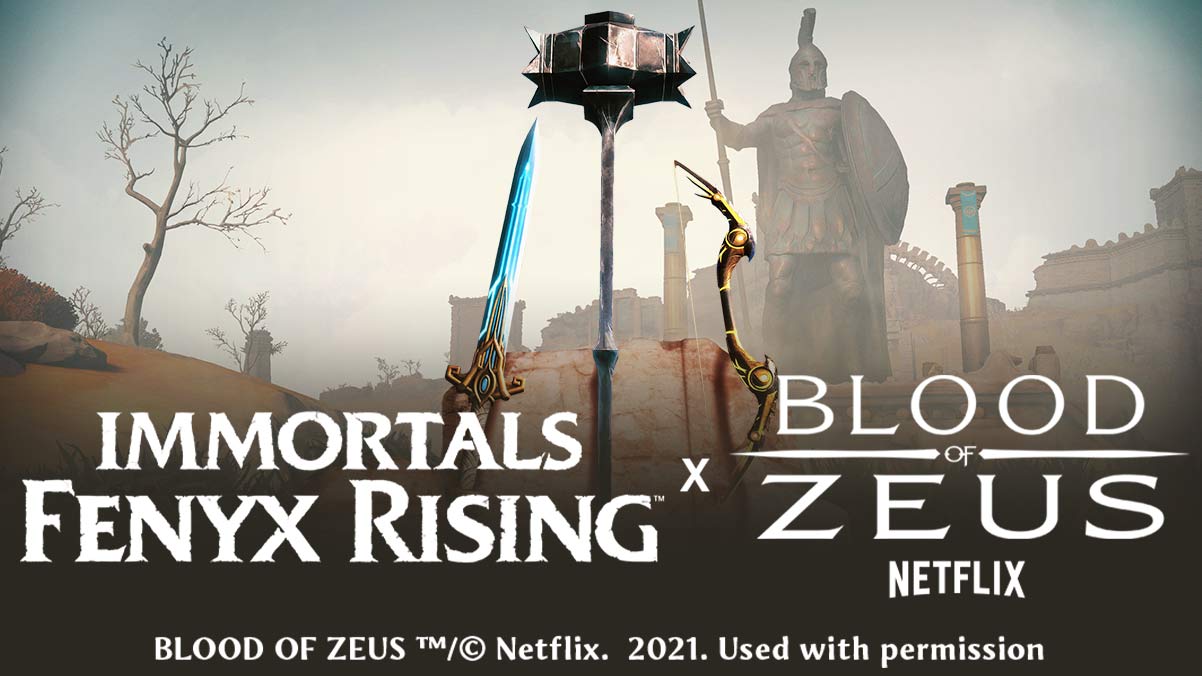 The crossover between the two franchises based around Greek mythology begins right now apparently and only runs for one week ending on Jan. 28. So if this is something that intrigues you and you’re playing Immortals Fenyx Rising I’d hop to it.

Players will gain access to a new Blood of Zeus-themed quest called A Tribute to Family that will appear on the game map after completing the quest “Gods and Monsters.”

Here are the details of the crossover quest via Ubisoft:

The quest will first take you to the Hall of the Gods where you’ll find a lone ghost to interact with. Completing the quest will earn players the Eagle pendant and new “Blood of Zeus”-inspired customization options.

You’ll also be able to purchase a new weapon pack containing themed skins for Fenyx’s sword, axe, and bow, as well as a character pack to customize your armor, helmet, wings, mount, and Phosphor with a unique “Blood of Zeus” flair. Both the weapon and character pack can still be purchased after the conclusion of the crossover event.

So while the quest itself might only be around for a limited time, it does appear that the purchasable customization options will still be available, so there’s that at least I suppose if that’s something you’re into.

Between Immortals Fenyx Rising, Hades, Blood of Zeus, Smite still being alive in 2021, and probably other stuff I’m forgetting, Greek Mythology is so hot right now.