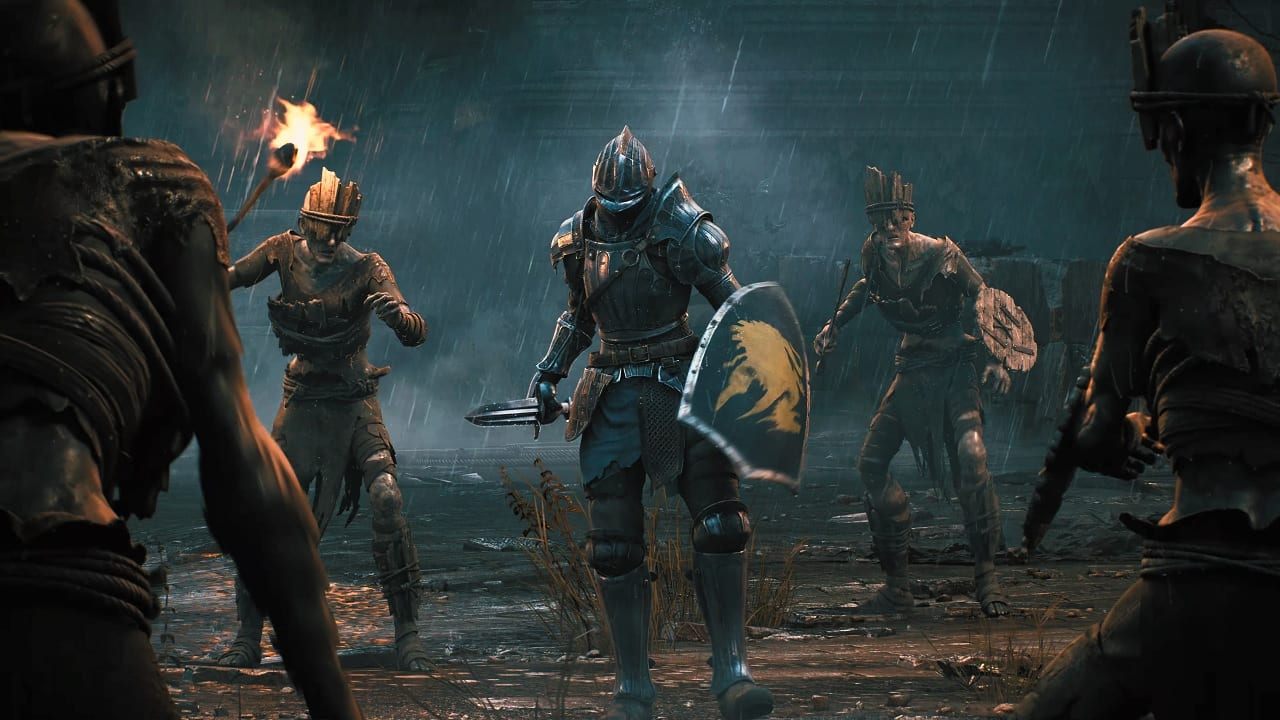 Full disclosure: I know a lot about Demon’s Souls. I’ve dabbled with the PS3 release, I know all about its good and bad endings, and I’ve heard enough about the punishing grind that is the hunt for the elusive Pure Bladestone. That being said, I’ve never properly played it myself. As someone who quickly fell in love with Dark Souls and Bloodborne, though, it was exciting to dive into Bluepoint’s remake and see where it all began.

At once, the main difference between Demon’s Souls and all its successors became clear to me: the world tendency system was a mechanic that was put in place to make the game easier (only very slightly) or harder on you. In true FromSoftware fashion, the system is never explained to the player at all, and it’s only through experience and enough hours of playtime that you’ll slowly start to discern the effects of pure black and pure white world tendencies.

I’ll condense it for you: shifting towards pure black in an area makes the game harder. If you kill NPCs or die repeatedly in human form, your world tendency shifts towards black, and things start to change around you. The main difference in pure black tendency is that enemies deal more damage, black phantom versions of enemies show up, and they deal even more damage to you.

The plus side? You actually get more souls from killing them. Assuming you make it back to the Nexus, you can spend those souls on extra levels or items.

On the other hand, helping out NPCs and killing bosses will shift your world tendency towards pure white. The game doesn’t necessarily become easier here; the difficulty remains the same, but at least you won’t have to deal with the extra tougher enemies that pop up. However, the amount of souls you get from killing enemies actually decreases slightly.

Depending on which area you’re in, being in pure black or white world tendency can open up new spaces to explore, and you might be able to obtain items that seemed unreachable before. It’s an absolutely fascinating system that completely changes the way I approach the game.

The Shrine of Storms, for instance, dangles a tantalizing item pickup orb in front of you once Patches kicks you down a pit, but there’s no obvious way to get to it. If you manage to get to pure white tendency, though, you’ll be able to pick up the item, and be rewarded with the Magic Sword ‘Makoto’ –only one of the coolest katanas you can get in Demon’s Souls.

Similarly, shifting towards pure black tendency also causes the spawn of creepy maggot-like monsters known as Primeval Demons. These creatures are easy to kill, but hard to get to because of how punishing the game can be when you’re faced with new black phantom enemies and taking increased damage.

And yet, the game always makes sure the rewards are well worth the effort. Killing a Primeval Demon will almost always reward you with a colorless demon’s soul, which is an extremely valuable item used to upgrade special weapons like the aforementioned Magic Sword ‘Makoto’.

Indeed, it seems that all of Demon’s Souls’ coolest weapons are locked behind world tendency. Some can be obtained by playing normally, but if you want those weapons to be viable, you’ll eventually need to think about shifting your world tendency and look into NPC quests to see how you can get more colorless souls.

As mentioned before, pure black and pure white tendencies also open up new areas for you to explore and allow you to progress certain NPC quest lines. With a game like Demon’s Souls, in which traditional story elements and exposition are so exceedingly rare to come by, NPC quest lines are extremely valuable to me. Once I’d done enough research into the world tendency system and found out that I could learn even more about Boletaria by manipulating tendency, I became even more motivated to seek out those quest lines.

Nothing comes easy in Demon’s Souls, though, and it’s easy to mess things up if you don’t know what you’re doing. For instance, if you’ve already progressed too far into one area and your world tendency is near pure black, it might not be possible to shift it back to pure white just by defeating bosses in that new game cycle. Essentially, once you’ve missed your chance, you’ll need to play through the game again and try to do things correctly to get pure white this time around.

Even so, I’ve found this system to be one of the most interesting and innovative I’ve encountered in a Soulsborne game. It feels delightfully cryptic and just as mysterious as something like the Insight mechanic in Bloodborne, where Insight could be spent to purchase items, but also provided an unexplained side effect where your character begins to go a little mad and starts seeing cosmic horrors and oddities around Yharnam.

It can be frustratingly obtuse, yes, but I certainly can’t deny its effectiveness in making me much more calculated and careful with the way I play. Not only is it great for increasing replay value, it continues to build up the risk-reward mentality that you naturally adopt over the course of your playthrough.

Do you risk all those souls you’re carrying to try to reach that Primeval Demon at the end of the level while in pure black tendency, or go back to the Nexus and cut your losses? You’re always making tough decisions for greater rewards, and Demon’s Souls plays into that idea in a vastly different way from its successors, for better and for worse.