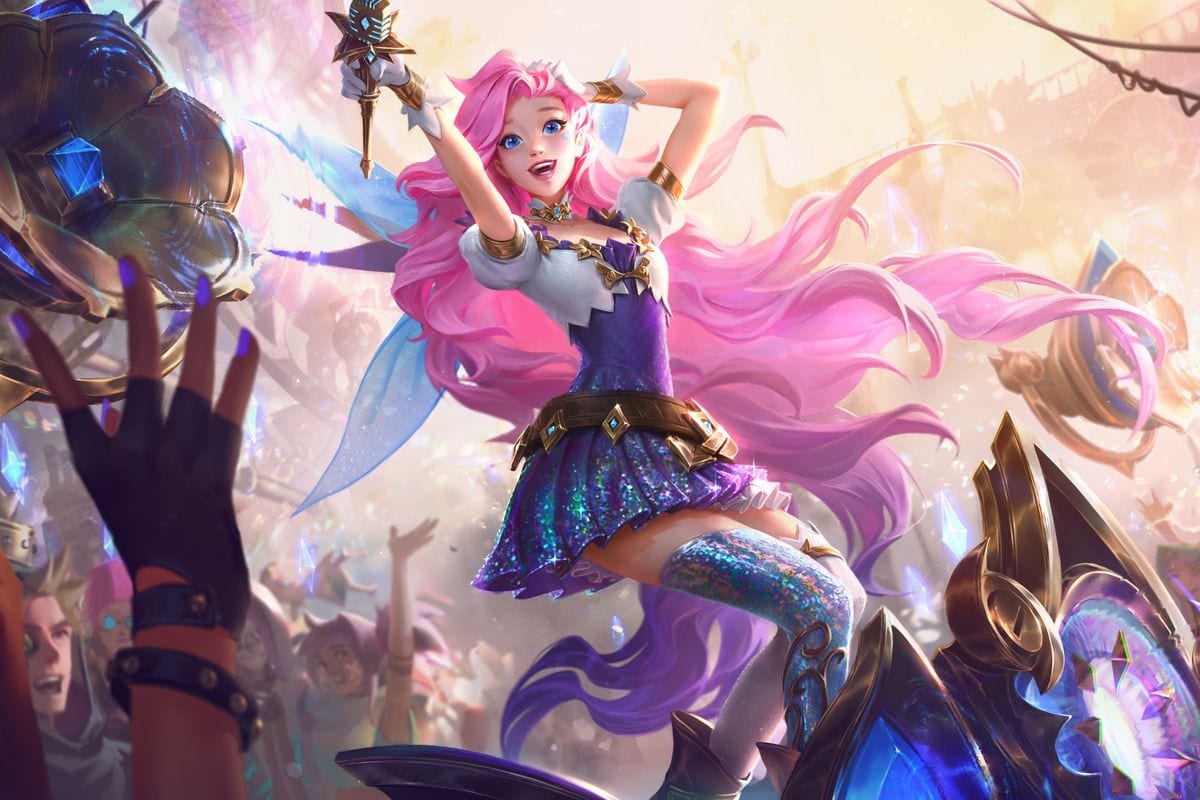 The new champion for League of Legends, Seraphine, has finally been officially revealed after a month of teases.

The Twitter account, @seradotwav was almost instantly identified by the community as a Riot Games created account. They have tweeted about things both real and virtual, and rides the line between reality and the K/DA lore.

The character was given a personality, and interacted with fans on the platform for weeks leading up to their announcement.

Now, the in-game version of the champ has been announced and is playable on the League of Legends’ Public Beta Environment. But Seraphine has been met with scalding reviews so far.

Everything from her voice, to her lore has been criticized by the community, and with the release of the new items at the same time, her abilities inherently seem over-tuned and unbalanced.

On top of that, she has had the most unique release route of any champion, which has left a bad taste in the mouths of a lot of fans that hyped up, and then let down.

Seraphine was already in an odd position for fans since it seemed like Riot was trying to get people to love the champ before she even released.

With the announcement that her first skin would be the most expensive possible price-point, it seems clearer why they wanted so many people to take to her.

In the past eight years, only five champions have received an ultimate skin, and none have been a launch skin.

When Riot announced a new ultimate skin was coming, many were excited and hopeful that one of the long-time fan-favorites would get the skin instead.

Although I may personally disagree with this sentiment, it is hard to argue that there isn’t a ridiculous amount of crossover between the two champions.

Thematically, they are both powerful musicians who can play to the souls of their fans. Visually, they both use stylized forms of sound waves for their abilities. Mechanically, they are mages who use spellcasting to enhance future auto attacks.

Despite this, the Seraphine’s playstyle differs greatly from Sona’s in her laning phase and mid to late game transition. However, this has not prevented fans from getting upset at the similarities.

Since the release of the first K/DA song, fans had been curious who the next member of the in-game band would be. Similar to the issue people have with her skin, there are many people who were holding out hope that their one of their favorites would be added.

As a result of her joining the group, she will also most likely appear at the League of Legends World Tournament as a member of the band before she appears on the live servers.

Seraphine was Revealed Too Early

Seraphine’s Twitter account was discovered in June of 2020, and quickly revealed to be a champion for League of Legends. Since her discovery, three other champions were announced and released before her. Lillia, Yone, and Samira all released during the time that Seraphine was building hype on Twitter.

This means that she is the longest running reveal of a champion in the history of Riot Games. Other champions of existed in lore before their reveal like Senna and Yone, but no other has been intentionally public for months at a time. The hype and expectations were sky-high and unfortunately, it seems that for many it didn’t live up to it.

Let us know what you think of Seraphine down below. If you liked this read, maybe try taking our League of Legends quiz here and seeing how your knowledge LoL stacks up with other players.