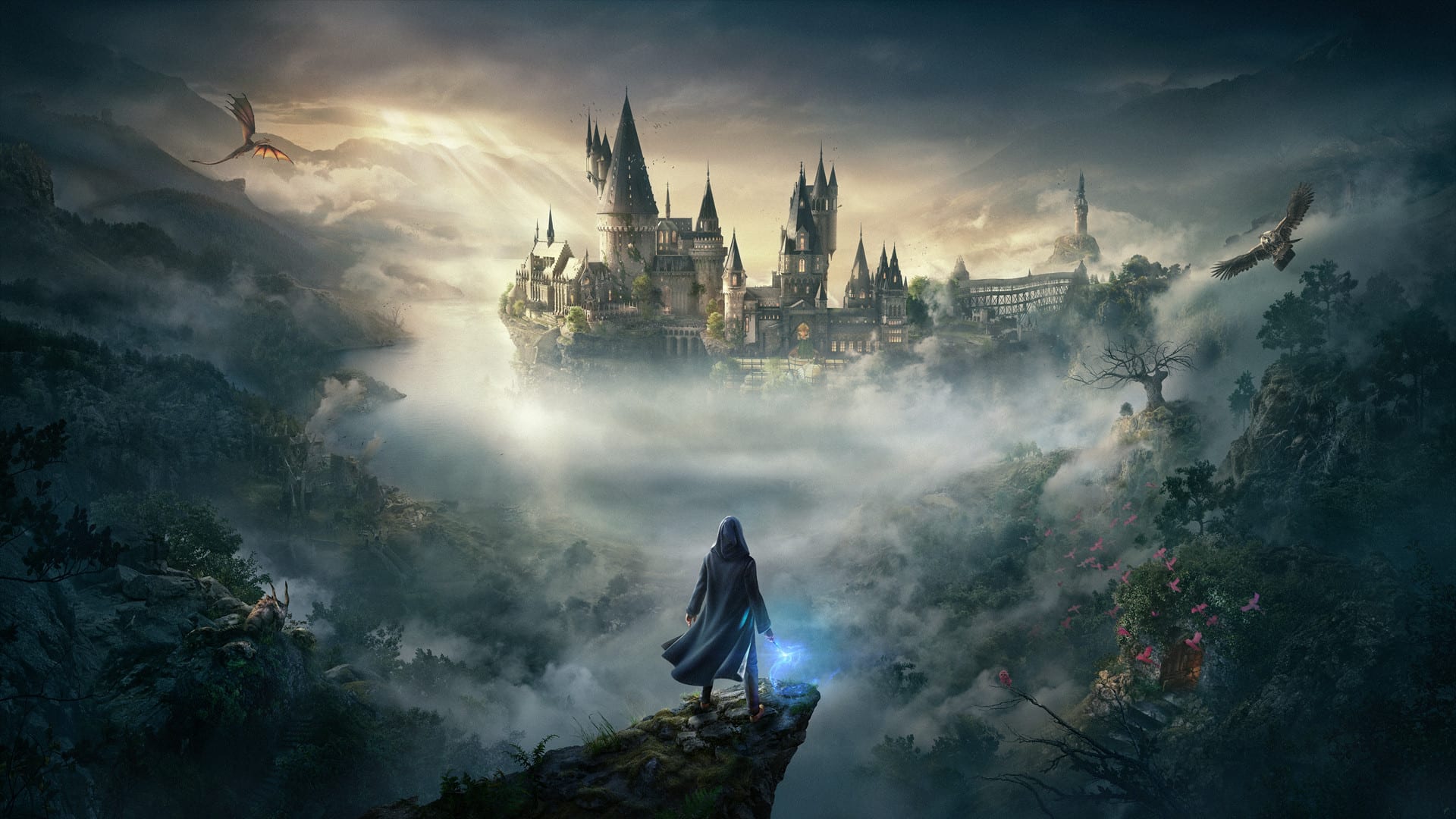 Right at the eleventh hour, only two months before they’re due to launch, the next console generation has finally arrived with a bang. From impressive new IPs to anticipated sequels, the future looks incredibly bright for both the PS5 and Xbox Series X/S over the next few years.

We’re so excited, in fact, that we couldn’t help but take stock and ponder a shortlist of games that we think represent the most compelling reason to get on board with the new hardware and experience them at their very highest fidelity. In no particular order, here are Twinfinite’s 15 most anticipated next-gen games:

Horizon Zero Dawn was developer Guerrilla Games’ first crack at a third-person open-world RPG, and it completely nailed it.

From its compelling premise and story to the spectacle of felling enormous robotic dinosaurs, Horizon has a pizazz about it that’s hugely exciting. And obviously we’re all in on the sequel.

Horizon Forbidden West was exactly the caliber of a high-profile game that has fuelled Sony’s immense success over the past few years, and it elevated the PS5’s first showcase to another level. Roll on 2021.

The Halo franchise has wobbled a little since the glory days of the original trilogy, but that’s exactly why Infinite is so exciting: it marks the return of that classic formula, the one that captivated us back in the early 2000s and became the gold standard of the entire FPS genre.

We can’t be the only ones who feel that Infinite is being designed as the definitive Halo experience, rolling the old into something new and truly special?

Ok, so the gloss has slightly been taken away by the backlash over the graphics and its subsequent delay. But still, that only means Infinite is going to come back stronger, and we’ll be there on day one for its big return.

PlayStation wasted no time bringing out the big guns for its second PS5 showcase earlier this week, revealing Final Fantasy XVI. It’s the first mainline entry in the series since 2016, marking a complete change of pace from the usual sci-fi setting with a medieval aesthetic that looks rather similar to Final Fantasy XIV.

We’re certainly enthused by the prospect of a new leaf for the franchise, which, apart from the excellent remake of Final Fantasy VII earlier this year, has stumbled with inconsistency since the glory days of the PS1 and PS2 games.

With esteemed director Naoki Yoshida leading a new team at Square Enix, let’s hope they can build on the success of Final Fantasy VII Remake and properly kickstart a new era for the franchise.

It took a while, but Microsoft finally got the message that fans were hankering for a return to Fable. The franchise has been sorely missed for years, even though the last game in the series was a rather underwhelming affair, and now it’s set to make a big, bold return for the next-generation. Sign us up!

Hopefully, developer Playground Studios, whose usual MO is the open-world racing series Forza Horizon, is capable of delivering that beloved combination of role-playing and whimsical storytelling, punctuated by witty British banter. It’s no easy task, and we’ll be waiting with bated breath.

Finally! A proper Harry Potter game is coming, and it looks more ambitious than even the biggest of daydreaming fans could have imagined. Hogwarts Legacy is set to take us to the iconic school during the 1800s, where we’ll have the opportunity to live out our wizard fantasy, exploring its hallways, classrooms, and mysterious hidden rooms.

For fans of the franchise, this is the role-playing experience they will have surely always wanted; the chance to live out the lives of their very own wizard/witch. But it also looks like a game that even those who aren’t major Harry Potter nerds can get behind.

And in case you’re wondering, though it was showcased during PS5’s event, Hogwarts Legacy is a multiplatform title coming to current and next-gen hardware.

Sony’s second PS5 showcase started strong and never really let up, and even once the price and release date of the new consoles had been confirmed, there was a final surprise: God of War.

That booming voice, that triumphant music, and the reminder that the next God of War is set to pick up exactly where the last one left off is all hugely exciting. Yes, we knew another God of War was coming, but this soon? It’s precisely the bombshell first-party announcement that PlayStation fans will have been hoping for, and so are we!

With all the pomp and spectacle of Microsoft and Sony’s next-gen showcases in recent months, you could be forgiven for forgetting about Elden Ring. But FromSoftware’s open-world action-RPG with a story written by George R.R Martin is still firmly on our minds here at Twinfinite.

There’s precious little to go on, but what else do you really need to know? We’re betting on Elden Ring to carry on the Dark Souls baton and forge even more success and acclaim for one of Japan’s most iconic developers.

Obsidian has always developed games to a high benchmark of quality, but it’s been on a particularly hot streak in recent years. After the success of Pillars of Eternity and The Outer Worlds, it was Microsoft that saw the studio’s huge potential with the right backing.

Avowed is its first project under the Microsoft Studios banner, and from what we’ve seen so far it looks exactly like the AAA RPG experience we’ve been wanting to see ever since it demonstrated its caliber with Fallout: New Vegas.

Just like the addition of Fable to the future Series X/S lineup, Avowed is the sort of content that was sorely lacking from the current-gen Xbox library, and we think it’ll really broaden the brand’s appeal moving forward.

Not only was Spider-Man one of last generation’s standouts, but it might also be among the best superhero games ever made. From its production levels to its fluid gameplay, it’s the ultimate superhero experience, complete with a classic Marvel story punctuated with dialog exchanges that feel lifted straight out of a comic book.

Of course, we’re ready for more, and even if Miles Morales isn’t a full sequel, this is still absolutely the reason to own a PS5 on day one. It’s the big exclusive scoop that Xbox Series X/S is missing at launch, and it’s exactly why our excitement levels for Sony’s system are sky-high.

It would be easy to write Godfall off as just your average mediocre launch window game — it’s a new IP from an untested studio, and it’s a game based around a popular design loop with seemingly not a great deal of innovation to set it apart. But we think there’s still plenty to get excited about with Godfall.

For starters, if you’re after next-gen visuals then this is a true next-gen game, coming exclusively to the new hardware and set to take full advantage of the specs. Godfall is the sort of title you’re going to be impressing friends and family with when it comes to graphics, which is always a fun novelty.

But beyond its appearance, Godfall looks like a total blast to play. Concerns over any semblance of a coherent story and/or compelling lore to one side, developer Counter Play Games describes its game as a looter/slasher, and that’s the sort of light-hearted loop we can get behind for a console launch game.

We asked for it, and Bethesda delivered. It’s just that when we asked for it we thought we’d get more than a short teaser of the logos followed by two years silence. But that’s how long the crickets have been singing in the absence of any news on either of Bethesda’s big next-generation projects: Starfield, and The Elder Scrolls: VI.

There’s not a great deal more to say for obvious reasons, but we could hardly make a list of anticipated next-gen games without giving a nod to what we hope will take over the mantle of Fallout 4 and Skyrim as Bethesda’s most widely played and appreciated RPGs.

Patience is a virtue, they say.

Video game delays are inevitable these days it seems, but news of Kena: Bridge of Spirits’ delay to 2021 hit us here at Twinfinite particularly hard.

Not that we want it rushed, of course, but this is one game that just totally captured our imagination during PS5’s first showcase event earlier this summer, and we’re chomping at the bit to get our hands on it.

A young girl seeking to fulfill her destiny, a gorgeous Pixar-like aesthetic from an esteemed animation studio, that magical fantasy forest setting, and those cute fluffy things that roam around helping Kena throughout her adventure? Kena: Bridge of Spirits looks utterly charming to behold and incredibly exciting to play. We can’t wait.

Speaking of Pixar movie-like graphics, I think we’ve reached a point now where console graphics rival the very best animation studios out there, right? With Ratchet & Clank: Rift Apart, developer Insomniac Games looks set to pick up where it left off from the acclaimed PS4 remake with something even bolder and more over-the-top.

A fairly chunky showcase of raw gameplay reveals utterly gorgeous graphics, frantic gameplay, and the tongue in cheek writing that’s so synonymous with the franchise.

Add in to the mix some inventive new rift-bending gameplay mechanics and the addition of a mysterious female Lombax and you’ve got all the hallmarks of an instant classic.

Polyphony Digital’s GT Sport has come on leaps and bounds since its slightly barebones launch back in 2017, but even as good as it is, it’s still not the full fat Gran Turismo experience in the same vein as previous games in the esteemed series.

That all changes with Gran Turismo 7, which marks a return to the single-player focus of the original games, and of course packing a level of graphical fidelity that’s basically near impossible to tell apart from real life.

After the Forza series wrestled away the crown of best racing game franchise this generation, it will be fascinating to see whether Gran Turismo can surge back to the top of the pile once again.

We know precisely nothing about Ken Levine’s much anticipated next BioShock game, but we do know that the original is still one of the best games ever made.

Fingers crossed this is the second coming that we’re longing for.

Which next-gen games are you most excited for? Let us know in the comments!