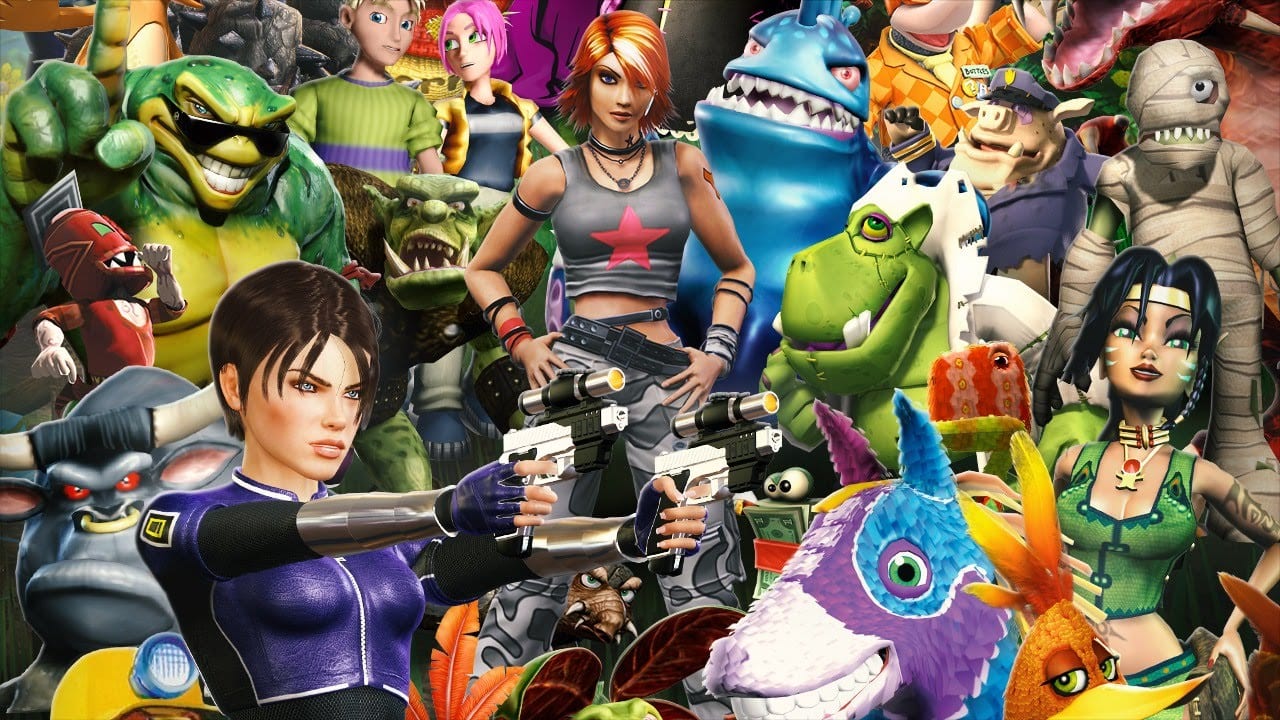 Rare has quite the impressive stable of beloved and popular franchises. Unfortunately, they tend to not do a whole lot with them; a lot of fan favorite series have been sitting on the backburner for quite a while now.

But is it possible that the long-awaited reboot of Battletoads could signify that Rare is starting to dig into their back catalog? With hope renewed, let’s talk about five other series that need the same love the ‘Toads got.

Someone at Rare clearly still has a soft spot for Conker. For whatever reason, out of all of Rare’s properties, the foul-mouthed squirrel had an impressive amount of attempted reboots. He got a full remake of his original game, a sub-game within Microsoft’s Project Spark, and whatever the hell Young Conker was. But, for one reason or another, none of these reboots seemed to stick.

We think Conker deserves another go at the spotlight –one that’s easier on the eyes than Young Conker. Part of Conker’s appeal back in his heyday was due to how drastically different his game’s tone was from all the other “animal mascot” games of the time.

With gaming being in a drastically different place nowadays, it’d be fitting for Conker to lambast modern gaming’s all-too-common tropes just like he did to his peers back on the N64.

Another of Rare’s N64 classics, Perfect Dark put players in control of Joanna Dark, a super spy under the employ of the Carrington Institute. The game featured many of the most beloved aspects of Rare’s previous hit, Goldeneye 007, but without the pesky license preventing it from becoming a running series.

But despite all of that, the series has stagnated like the rest of Rare’s catalogue. A hit-or-miss prequel and a substandard remaster are all there’s been since the original.

Recently, there has been a stir among Perfect Dark fans, though. An official Twitter profile for Perfect Dark was recently discovered, alongside a similarly set up Fable account. With a new Fable having been recently announced, things are starting to look good for Joanna Dark’s return.

Yes, Killer Instinct technically isn’t a dead series, but it’s at least currently a dormant one. The popular Microsoft-based reboot last updated in 2017, and released all the way back in 2013. While a revival for Rare’s fighting game franchise isn’t as sorely needed as some of its other properties, it’s a shame to see Killer Instinct left behind while other fighters are still standing strong.

Unlike other series, Killer Instinct wouldn’t need a full reboot or new beginning; a basic sequel would be perfect. Updated versions of classic characters like Jago, Eyedol, and Spinal, all with new tricks, alongside new faces and guests would be all the Killer Instinct fandom needs to flare right back to life.

Rare’s early Microsoft outings, for the most part, didn’t excite fans like their Nintendo titles did. In fact, up until Sea of Thieves, Rare’s output was mostly relegated to disappointing Kinect titles. But there was one notable exception: Viva Piñata.

Viva Piñata is a strange mix of ideas, to say the least. Equal parts Pokemon and Harvest Moon, the unique franchise was one of Rare’s few post-Nintendo hits, and is now similarly sorely-missed by fans.

There’s not been an entry in the series since 2008, so while things don’t look great for a new candy-filled entry, Battletoads managed a revival after an absence dating back to 1994. So don’t give up, piñata fans; there’s no telling when a series could suddenly resurface.

You knew it was coming. Rare’s beloved bear and bird are, by far, their most deserving franchise still due for a revival. After their miraculous entry into Super Smash Bros. Ultimate last year, it looked like Microsoft was primed to launch the series back into the limelight. But with Banjo and Kazooie now approaching their Smash anniversary, the franchise has stayed just as dead as before. What gives?

The obvious route to take with the series is to go down the same path Crash Bandicoot did. Start with a remake of the beloved original two N64 games, then jump headfirst into a new adventure with Banjo-Threeie. It seems like the perfect plan for success, but neither Microsoft nor Rare are making any moves. Let’s hope the revival Banjo and Kazooie need isn’t too far off; series fans are now hungrier for it than ever.

And that makes up our list of the 5 Rare series we think need comebacks. So, what are your thoughts? Was Viva Piñata your jam? Do you think Conker needs to stay in the past? Did we miss a series you loved? Let us know in the comments below!