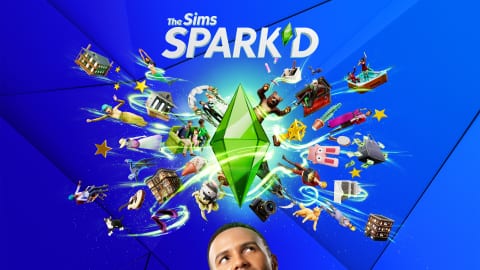 Today EA, alongside Turner Sports and Buzzfeed Multiplayer, announced that they will be releasing a new reality competition TV show based around The Sims called The Sims Spark’d.

Here’s a description of the show via EA’s press release:

The Sims Spark’d is redefining reality competition by bringing creativity, storytelling and the community together in an entertaining new way. The contestants will be given creative challenges to build the most unique characters, worlds and stories, all told through the latest highly successful game in the franchise, The Sims 4.

If you woke up today and heard that a video game is getting a reality TV show made about it, The Sims may not be the first one that would have come to your mind.

However, The Sims is quietly one of the most popular franchises in video games right now and it is able tap into a younger and broader demographic than most other titles. Whoever came up with this idea is definitely deserves a gold star for thinking outside the box, that’s for sure.

The prize pool is going to be as high as $100,000 and celebrity judges will include Rayvon Owen from American Idol, YouTube personality Kelsey Impicciche, singer song-writer and The Sims voice actor Tayla Parx, and The Sims game developer Dave Miotke AKA SimGuruNinja.

Each of the twelve contestants will have to try and impress these judges with their Sims skills in a variety of competitions.

Here’s when and where you can watch The Sims Spark’d:

In the meantime, we’re doing everything we can to keep Yami from selling Twinfinite in an effort to bribe her way onto the judges panel.