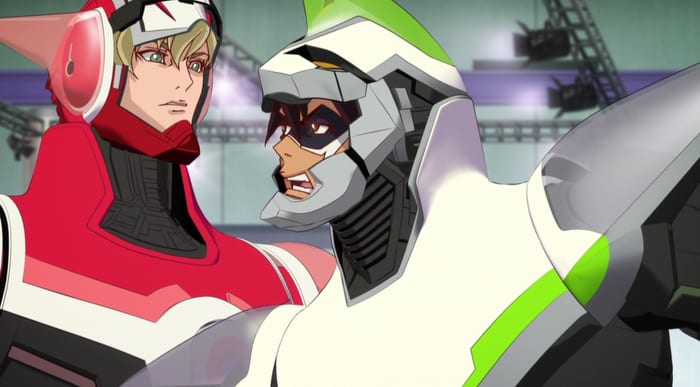 After years of dormancy, the Tiger and Bunny anime is set to return with a new arc, though fans will still have a while to wait until they can feast their eyes on it.

In a post to Twitter made by the official Tiger and Bunny Twitter account on Apr. 2, it was revealed that the anime would be continued with a new season slated for release in 2022. The announcement was accompanied with promotional art of the series’ main characters, Kotetsu T. Kubaragi and Barnaby Brooks Jr., facing each other down.

Little else was revealed about the upcoming season of the anime; namely, what the exact release date of the season would be. However, given its distant release window, it’s almost certain more info will be revealed in the coming years before its release.

The full Tweet and promotional art can be found down below.

First airing in 2011, the Tiger and Bunny anime follows the adventures of Kubaragi and Barnaby, also known as Wild Tiger and Bunny, after they’re paired together as partner heroes. Together, they must do their best to accomplish heroic feats and climb the ranks of their world’s hero rankings while also tracking down the person behind the murder of Barnaby’s parents.

This is easier said than done though, as each has their own views on what heroes should do and how they should approach heroism, especially after super-powered individuals emerge who seek to break down the hero-centric society around them.

The announcement comes a full six years since the Tiger and Bunny anime last saw any media released, that being the film Tiger and Bunny: The Rising.

Tiger and Bunny is currently streamable on Hulu. For more on Super hero-centric anime and their related media, check out our review of the most recent My Hero Academia game My Hero: One’s Justice 2.