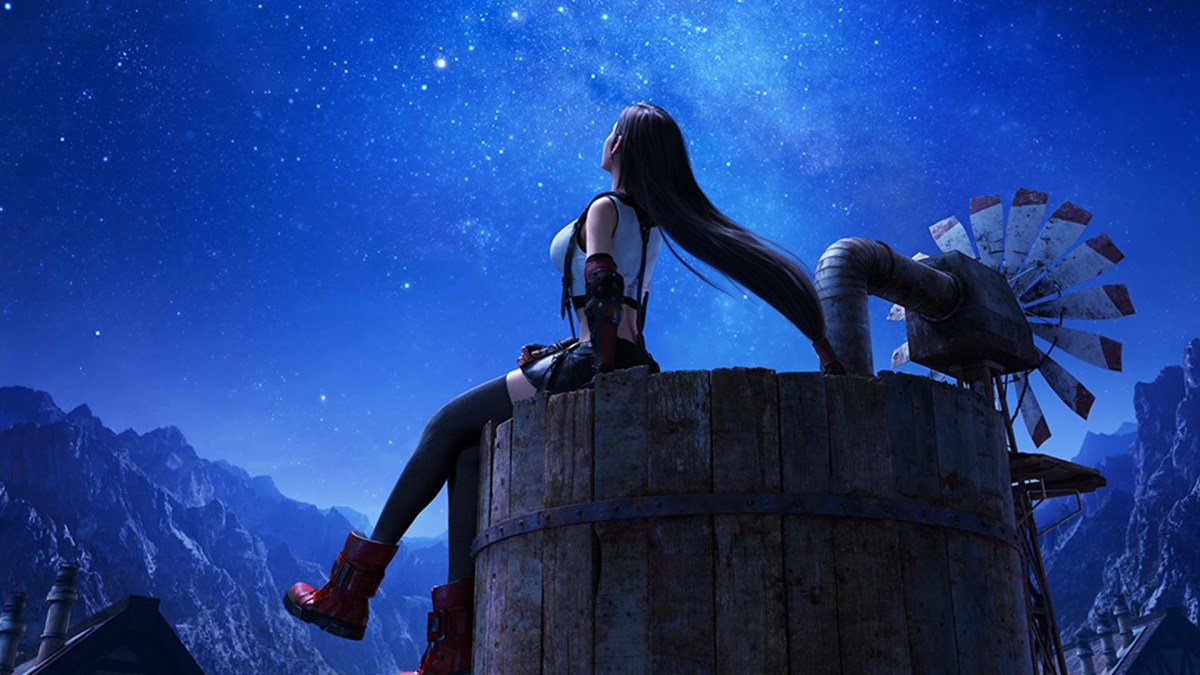 Final Fantasy VII Remake is finally out in the wild, and while the game is fantastic, after rolling credits I immediately began to think about all the things Square Enix could do to make the next game (Part II or whatever they are thinking for a title) even better, both mechanically and in terms of the plot.

Warning: Just a heads up, this article will contain SPOILERS, as it is quite difficult to talk about where ‘Part II’ could go without discussing where ‘Part I’ went. You have been warned!

Final Fantasy VII Remake is a surprisingly linear game, far closer in structure to XIII than the more recent XV. While it does open up at certain points throughout, it is far more on-rails than off.

That should change in the next game. Obviously, Midgar is a claustrophobic setting that doesn’t lend itself to exploration, but it’s a big old world out there and the more focused nature of this remake series gives Square Enix the opportunity to really show that off.

This seems to be the developer’s intended plan considering where the game ends, but it would be great to see this extend to side quests and Battle Reports, too. Maybe these could be larger quest chains, with objectives that are spaced out across whole continents?

Don’t Mess With the Combat

It really bothers me when a series of games that are narratively linked change up the combat system from title to title. I get trying to iterate, but it can be really jarring. Think about how much the gameplay differs from title to title in the Final Fantasy XIII trilogy, or in the Mass Effect series, for that matter.

There really is no way to know how long it might take for this series to come out. This is Square Enix we are talking about, after all.

In that case, you wouldn’t expect the game to play exactly the same, but it would be nice if the combat at least stayed within the same basic framework that we’ve come to love during in this first game.

Maybe Mess With the Upgrade System

That being said, one area that could use some work is the weapon upgrade system. Cloud’s iconic Buster sword is viable (and maybe even optimal) throughout Part I, but it’d be great if upgrading it was more interesting.

It’s perfectly serviceable as-is, but it could be so much better. Maybe keeping a specific weapon equipped for a certain amount of battles increases your skill with it, unlocking new special skills? Perhaps you could augment your skills as well in branching paths.

That would certainly be more engaging than simply getting statistical upgrades every now and again, and would give players something to work for in the long term.

A Wider Selection of Materia

The Materia system lies at the heart of Final Fantasy VII Remake’s combat, as what you choose to equip can wildly change how effective they are from encounter to encounter. You can create some unique and interesting builds, but Square Enix should really expand upon the selection available for increased strategic depth.

In particular, Complete Materia (the purple ones) really shake things up. They allow the equipping character more options on the battlefield, like Deadly Dodge which allows an entirely new combo after dodging, or Parry which allows an alternate method of avoiding incoming attacks.

An increased selection would give an even greater amount of control over the role each character plays. Complete Materia appears to be a fusion of both Command (yellow) and Independent (purple) Materia from the 1997 original, and Square Enix could look back to these for inspiration. Abilities like Mime, W-Magic or Throw could easily be repurposed, or the developers could even look at other games and repurpose them for use in Part II.

Show Us Wutai’s Point of View

A big change in this iteration of Final Fantasy VII is the larger scope of the geopolitical situation and the expanded role Wutai plays within it. In the original game, Wutai was only mentioned in passing by NPC’s before you went there, but in Remake, they are a key part of the plot throughout.

It is revealed that Shinra desires a new war with Wutai, and to build support amongst the citizens of Midgar, they frame Avalanche’s actions as that of a group of fifth columnists and Wutai sympathizers.

This is widely discussed by the population after the Sector 7 plate collapse, and Wutai would surely hear of this through their web of shinobi informants. The problem is, we never get to see their reaction, or what they plan to do about the coming confrontation with Shinra.

It’d be great to see Wutai’s reaction, either through point-of-view cutscenes or in-game newspapers or broadcasts. Perhaps some anti-Shinra propaganda, or signs of the ninja-nation mobilizing for war?

There is a surprising amount of content in Final Fantasy VII Remake, especially when you consider how it’s all structured. Unfortunately, the post-game mostly consists of replaying the game with a new difficulty, Hard Mode (in which there are some new collectibles), and a couple of arena battles.

There is a boss that is only available in Hard Mode, but the game is really lacking in super-boss encounters like virtually every other game in the series. It would have been nice to have some more big-bads to work towards, or perhaps some new weapons or Materia to unlock along the way, and that is an aspect we would like to see expanded in the sequel.

Lean into this New Story Direction

Perhaps Final Fantasy VII Remake’s most fascinating revelation is that this new series of games seem to be set in a parallel universe to the original, and might not be the simple remake Square Enix originally promised.

While it’s all quite heady and esoteric, it seems that the fates of our characters are no longer bound to their once pre-ordained destinies. In Aerith’s own words, she describes the path ahead as looking like “Freedom… Boundless, terrifying freedom. Like a great never-ending sky.”

Would Square Enix be audacious enough to NOT kill Aerith? What if they took this story someplace else entirely? You can almost hear millions of gamers crying out in pain, just contemplating it.

I, for one, hope they do it. Blow the whole thing up, and really lean into this new direction. The original will always be there, after all. The most exciting part is, Square Enix might just be crazy enough to do it.

For more on Final Fantasy VII Remake, head on over to our ever-expanding guide wiki, which has everything you need to bring Shinra down, and a whole lot more.