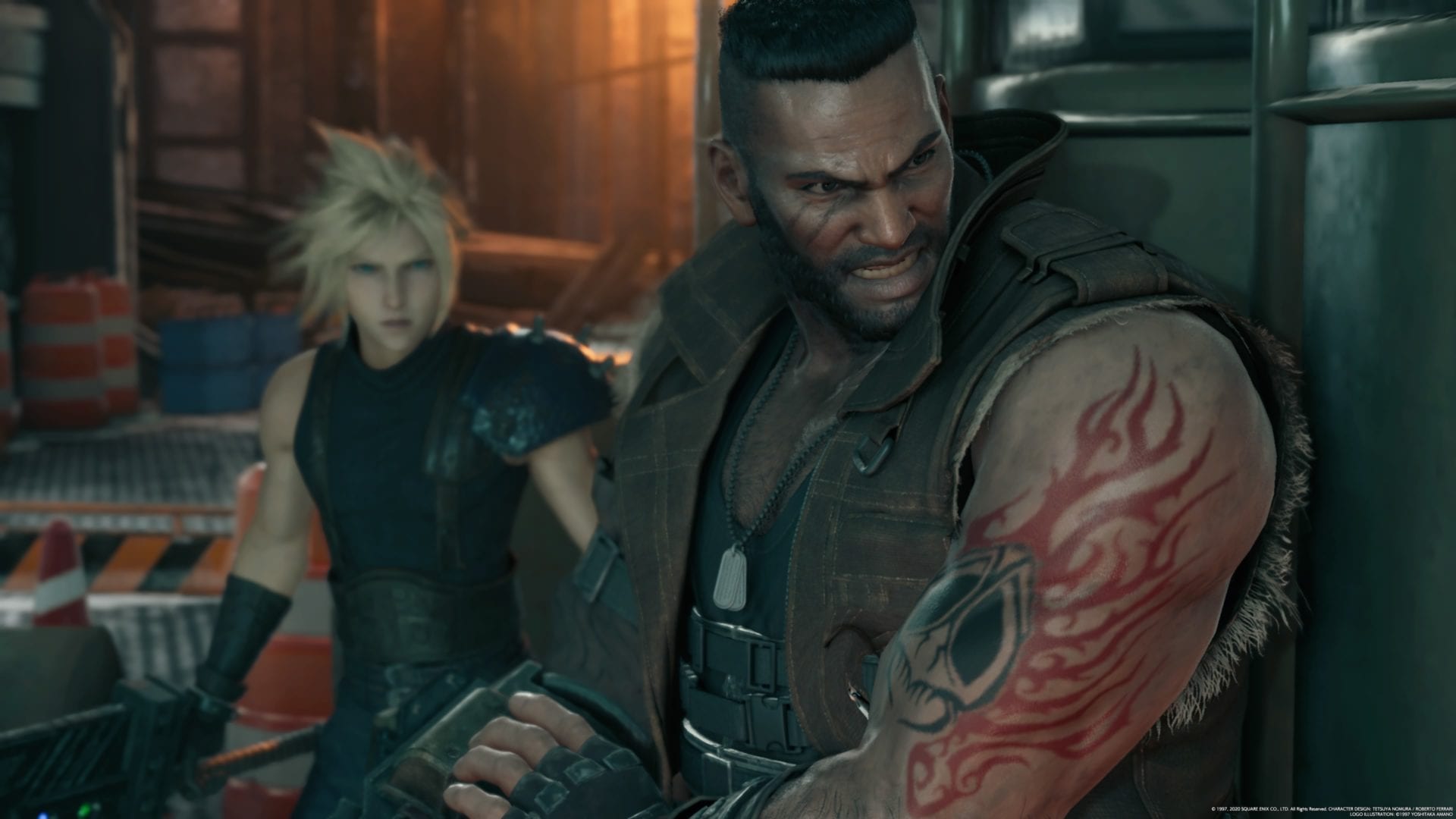 Warning: massive spoiler alert for Final Fantasy VII Remake contained within! You probably figured as much when you read the title though, right? We will be talking about what happens at the end of the game.

A reimagining of one of gaming’s most treasured works is bound to be divisive. It doesn’t matter whether you’re concerned about censorship or just anxious to know whether it maintains the quirky, sometimes janky elements of the original that captivated us over two decades ago, you’re likely to have reservations. (PS. “attack while it’s tail’s up!”)

One of the interesting points of contention, however, is whether the integrity of the plot will be maintained. At the time of its initial release, it was a revolutionary yarn that took twists and turns, making bold strides towards the kind of cinematic storytelling that comes standard in today’s industry. It was a primordial predecessor in so many ways.

The alterations, sometimes on a grand scale, are apparent early on in the Final Fantasy VII Remake, and you can take them however you like. Several, which I won’t mention directly in this article, are sure to be met with massive backlash by many members of the community in the coming days/hours/minutes/present moment.

In fairness, Square Enix aren’t trying to do a step-by-step facsimile of the PS1 classic, and if any changes don’t sit well with you, the original is still right there and available to play on modern platforms — go nuts.

But I can’t help but feel as though the final boss fight in the Remake is disingenuous to a meticulously crafted story beat that painted a perfect tale of suspense and intrigue, and comes across as necessitated by the game’s episodic release schedule, more than anything else.

Let’s not bury the lead any further; Sephiroth acts as the last boss as you depart from Midgar.

The decision isn’t necessarily surprising, insomuch that it establishes the altruistic demigod as the major antagonist without having to wait for the next chapter to come along, and we all knew that the game wasn’t going to end with a showdown against the legendary villain Motor Ball.

The way we arrive at a fight with Sephiroth makes sense, too, with the narrative pulling away from just “we’re leaving town friendos, pack your things and slap on some sunscreen” and adding multiple wrinkles that alter the plot entirely. It’s definitely a visual spectacle that is suitably thrilling and appropriate for a gaming crescendo.

What we’re left with, however, is a Toy Story 4 conundrum; the issue isn’t with how they did this, because undoubtedly they achieved what they set out to do very well. The issue is whether or not they should have done it at all.

In the original game, Sephiroth is something of a boogeyman. His horrific legend grows the more we uncover about him, and we’re only given clues throughout Midgar. Hushed whispers here, the Shinra president’s assassination there.

This continues for quite some time after you explore the world beyond, too; though you must do everything in your power to avoid a confrontation with the gigantic Zolom — which has the potential to wipe your party out in one blow — you learn shortly after that Sephiroth is capable of singlehandedly slaying this beast, displaying its battered corpse as a chilling trophy.

The first time you see Sephiroth’s strength firsthand, it’s not in an encounter, but as an AI-controlled ally in the Nibelheim flashback. Again, you face off against monsters that will kill Cloud in a single blow, but amusingly, his puny ass can die again and again without consequence, because Sephiroth’s power is just too great.

Combat is inconsequential, because it’s nothing but a display of this man’s might.

Periodically, his myth expands, but his true relationship with the protagonists isn’t made clear until he sets Cloud’s hometown alight. Finally, his true villainy is revealed, in the iconic moment where he walks through the flames as the residents of Nibelheim perish. Now you know the full extent of his madness, and why he must be stopped at all costs.

Time and time again, your paths will cross, but your swords do not — that’s where JENOVA comes in, acting as a proxy of sorts, to whet your appetite for the inevitable showdown with your greatest rival.

When you set foot in the North Crater, it is after a long, gruelling journey, and your reward is the climactic battle against the one winged angel that has become as legendary as the game itself.

The Remake doesn’t allow this, however, because we duke it out with Sephiroth before we ever leave Midgar. All of those rumors and acts of destruction that leave bread crumbs along the way? Null and void, because we’ve seen it before our very eyes.

Sephiroth taunts you, saying that this duel was all part of his master plan, and of course, he isn’t revealing his true power.

If the Final Fantasy VII Remake was meant to be one game, this would make for a fine finale. As part of an ongoing saga, it feels impatient, showing its hand prematurely in the grander scheme of things. Sephiroth’s slow build from morally grey enigma to tyrannical fiend is all but sacrificed in the interest of strengthening the final moments of this first instalment.

Again, the caveat: the Remake doesn’t have to follow in the same footsteps as its predecessor, and some may find the change of pace welcome and refreshing. After all, we all know by now what Sephiroth’s deal is, so holding off on showing us his badassery in 2020 is pointless positing, right?

Allow me to reframe this, however, with a theoretical remake of Star Wars: A New Hope, where Darth Vader is revealed as the father, and Luke gets to have a lightsaber battle against him on the Death Star as a precursor to what we already know happens later on in subsequent movies.

Kind of kills the vibe of The Empire Strikes Back does it not?

Sephiroth stands as one of gaming’s most enduring villains for a myriad of reasons, but surely part of his lofty status in our minds and our hearts comes from the mystery that surrounded him for much of the game. If they were so desperate to go out with a bang, surely they could have settled with the extra JENOVA fight we got as part of the equation anyway and ramped up the cinematic razzmatazz for that particular exchange.

Midgar’s once humble conclusion has now been ballooned to the point of exorbitance, and how they’ll maintain the narrative structure, flawed as it was in hindsight but still peerless in its pacing for the time period, will be fascinating to see. Maybe when we’ve experienced the end product, I’ll be eating these words. I sure hope so.

But for now, I can’t help but feel as if I’d have just preferred for Sephiroth to patiently wait in the shadows, like the skulking bishonen we’ve come to know and love.