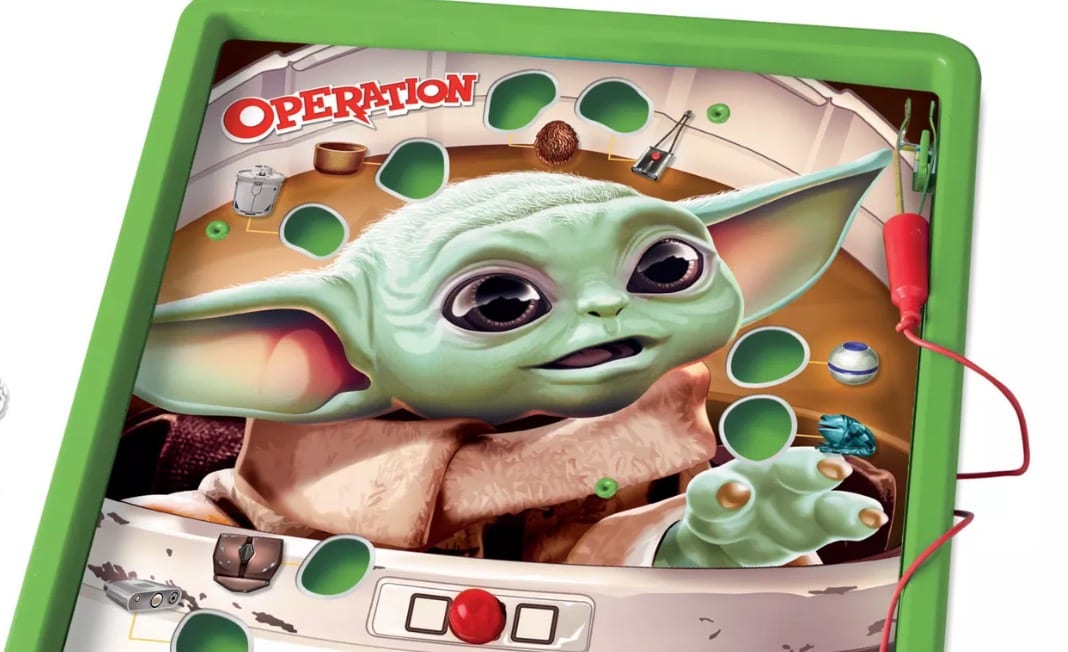 Ahead of the 2020 American International Toy Fair that’s taking place in New York City this weekend, Hasbro has announced a line-up of Star Wars-themed toys and board games with one of the more interesting ones being a Baby Yoda-themed version of the classic children’s game, Operation.

Now, don’t get ahead of yourself; you won’t be pulling bones and other parts of The Child’s body by way of sharp tweezers but instead, Operation: Star Wars The Mandalorian Edition, will have you pulling away items that Baby Yoda got his hands on in The Mandalorian television show on Disney+.

Here’s the official item description courtesy of Hasbro (via CBR):

Look at all the objects THE CHILD has taken, including a froggy, a cup of broth, and a mudhorn egg! Players can have fun using the tweezers as they try to remove the most pieces from the game unit without setting off the buzzer. When all of the objects have been removed, the player with the most pieces wins. This game is for 1 or more players. Includes gameboard, tweezers, 11 plastic objects, storage tray, and instructions. Requires 2 1.5V AA batteries, not included. Available at Amazon and Walmart.

The Baby Yoda Operation game will be coming out sometime in Spring and will cost $19.99, so you’ll be able to have your hands on it before the premiere of season 2 of The Mandalorian later this year.