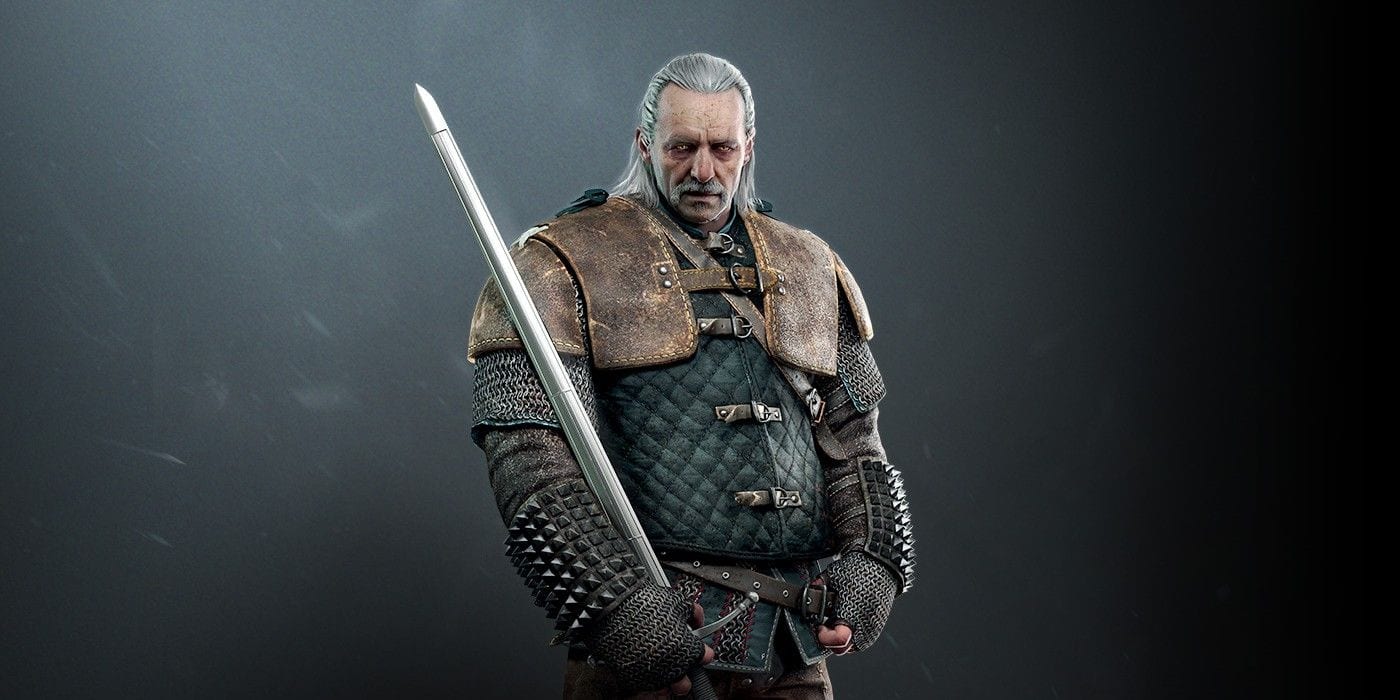 Despite what has been a largely divisive critical reception, Netflix’s The Witcher adaptation has garnered a big audience of fantasy fans after its first season — which has now been and gone in a flash. For that reason, we’re already looking ahead to season two and who might play the role of Vesemir.

It should come as no surprise that Mark Hamill is the first actor on our list, given that he’s already declared himself a good fit for the role!

If you aren’t up to speed, Hamill was tagged by a fan on Twitter back in 2018 as a potential candidate for the role of Vesemir, to which he replied explaining that although he had no idea who or what The Witcher and Vesemir was, he agreed he was a good fit.

Of course, Hamill is no stranger to nerd culture and the fantasy genre, having played Luke Skywalker in Star Wars, Joker in Batman: The Animated Series, and most recently The Scientist in The Dark Crystal: Age of Resistance.

Certainly, his acting credentials and experience aren’t in question, and we also think his look is a perfect fit.

Another famous actor who’s no stranger to the fantasy genre, Sean Bean would be another top choice for the gruff but fatherly figure of Kear Morhen’s most experienced witcher.

Would Sean Bean’s previous roles in Game of Thrones, and Lord of the Rings make him too recognizable to fit into The Witcher without it being jarring, though? Possibly, but then again his career has been defined by playing supporting roles in so many iconic films and series, so there’s no reason why it wouldn’t work again.

Of course, Bean’s career has also been defined by playing characters that die, too. So does that include Vesemir, you ask? We’re not saying a thing.

Duncan Lacroix’s grizzly look but warm charm would make him a suitable candidate in our book. He’s an actor you may be familiar with from the popular series Outlander, from which the above picture is taken.

In that show, he plays the right-hand man to the protagonist — a loyal friend who’s always willing to tell the truth, and one that’s dependable both off and on the battlefield.

If you’ve seen Outlander and heard his Scottish accent, you might think he’s also a perfect fit for a certain Dwarven friend of Geralt’s, too.

Netflix deserves a lot of credit for casting POCs not just in token roles but as part of the central cast, and we wouldn’t be opposed to a continuation of the policy if it meant bringing in talented actors like Christopher Judge. What a superb interpretation of Vesemir he could be, drawing on experiences with other fantasy and sci-fi shows like Stargate, and Lord of Elves.

Judge also has experience bringing to life fantasy characters from other video game universes, too. He’s played the role of characters in two World of Warcraft expansions, and he’s beloved for his performance as Kratos in 2018’s God of War.

We think his deep voice and hardened appearance would be a good fit for a seasoned witcher, and if you’ve played God of War you know he’s capable of portraying a softer touch even when it’s through the lens of one of most brutal characters in all of video gaming.

Let’s stick with the same theme of exploring an alternative interpretation of Vesemir and consider an actor who might just be one of Hollywood’s most underrated. Djimon Hounsou has crushed pretty much every role he’s ever played, but he’s never quite landed that main protagonist role. Vesemir wouldn’t be that, of course, but we’re certain he’d do a superb job.

Quite whether Netflix could land him, though, is another matter. Hounsou has done fantasy before, with roles in King Arthur: Legend of the Sword, Captain Marvel, and Guardians of the Galaxy, so he’s certainly got the experience. But those are top tier productions a cut above The Witcher.

Still, we’re seeing more and more Hollywood actors come over to VOD productions from film, so you never know.

Another Outlander cast member, Graham McTavish certainly has the look of Vesemir as well as the experience working with the fantasy genre. Other than portraying the no-nonsense role of Dougal Mackenzie pictured above, he played the Dwarf Dwalin in Peter Jackson’s Hobbit saga.

He’s up to speed with the video game industry, too; McTavish is the voice of Dracula in Netflix’s Castlevania, and he’s voiced several characters in popular video games. Dr. Benjamin Church in Assassin’s Creed III, for example, as well as Sebastien Malory in The Order 1886, as well as several minor roles for series like Halo Wars, Call of Duty, and Uncharted.

Out of any of the actors we’ve listed, Bernard Hill has to look the most similar to Vesemir’s design in the video games that our readers are likely most familiar.

That said, he’s a fair bit older now than he was when he played King Théoden in The Lord of the Rings trilogy. 75, to be precise; would he still be up to the task of sword fighting and horse riding? Vesemir certainly is at over 100 years old, but he’s got mutagens on his side!

If Hill is still physically in shape then we’d suggest he’s still a great fit for a weathered-looking witcher like Vesemir.

Norwegian actor Rune Temte would make an imposing Vesemir, and recent performances in shows like The Last Kingdom, as well Bron-Char in 2019’s Captain Marvel confirm he’s got the knack for portraying fantasy characters.

Up until fairly recently, the majority of Temte’s career has been working in Norwegian productions, so the role of Vesemir seems like a perfect opportunity if he’s to continue trending toward mainstream stardom. After all, The Witcher has now eclipsed The Mandalorian as the most in-demand TV show according to data company Parrott Analytics.

That rounds out our list of characters that should play Vesemir in The Witcher season two. You can check out our previous similar features for Yennefer, Triss, and Jaskier (Dandelion).