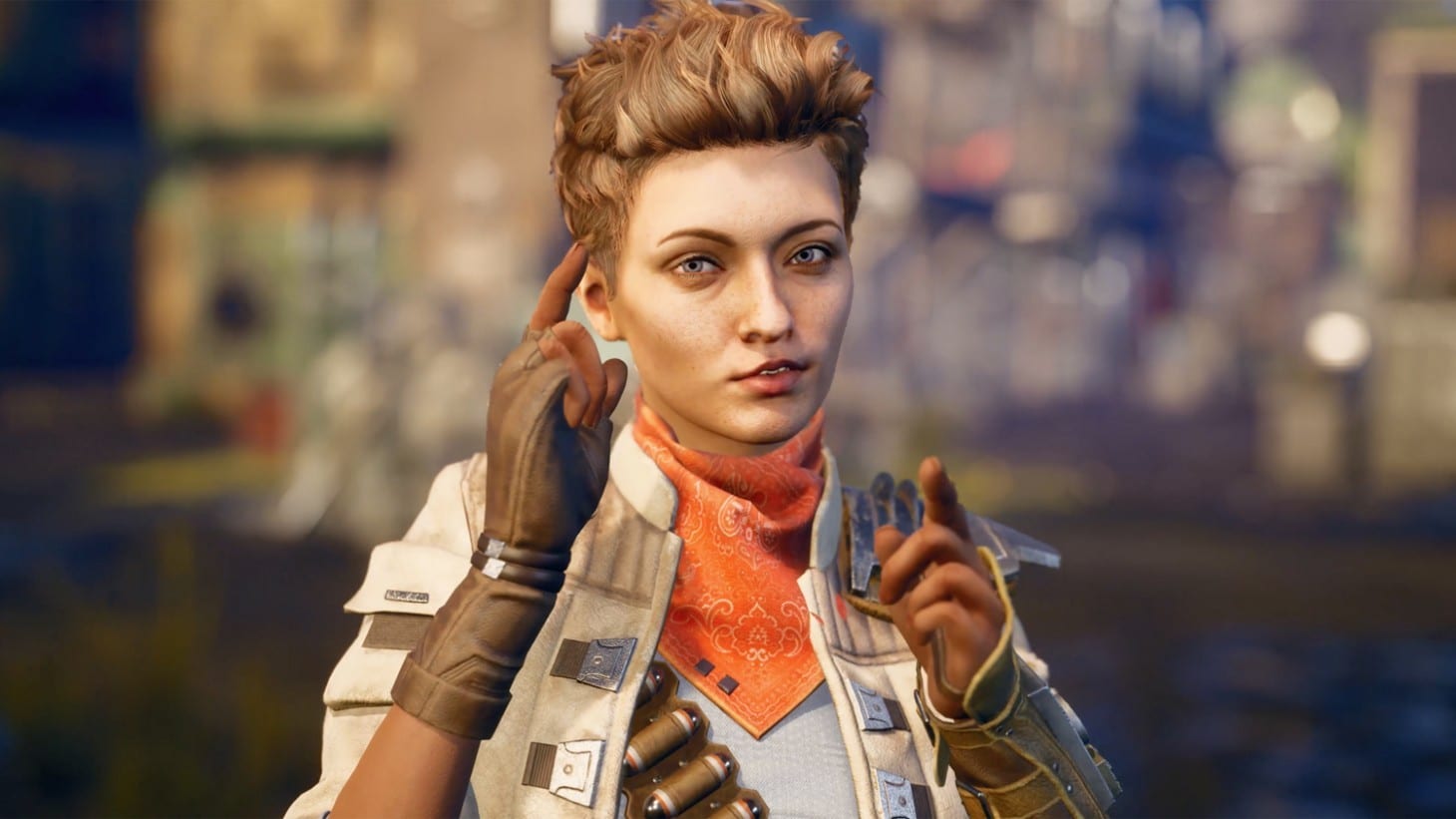 Party members are always one of the biggest focuses in any RPG, and honestly, they can make or break the experience at times. Mass Effect 2 has some of the best party characters of any RPG ever made, masterfully weaving their story into the plot and making them believable characters. The Outer Worlds emulates the best part of Mass Effect 2, although on a smaller scale.

The Outer Worlds and Mass Effect certainly share a few similarities on their face; both are sci-fi games that cast you as the captain of a ship, and both feature party-based shooting gameplay.

At the core of both games is the idea of piloting your own ship, and drafting your own crew. Mass Effect 2 has you recruiting a gang of misfits for a suicide mission, but Outer Worlds, well… you basically recruit a bunch of weirdos to cause havoc.

Don’t take that negatively, as the companion system is actually what I enjoyed the most about the game. There are six different companions to get scattered across the Halcyon Colony, and they each have very unique personalities.

You have the incredibly socially awkward mechanic Parvati, the prisoner-turned-man of the cloth Vicar Max, the might-have-an-alcohol-problem Nyoka, and more.

These personalities match the goofy tongue-in-cheek tone of the game, and each one comes with their own set of companion missions. That’s right, just like Mass Effect 2’s loyalty missions.

These missions show you more about their personalities and can change how they interact with you and the story.

That last bit is actually important as your companions will constantly interject in conversations and can alter how dialogue plays out, to some degree.

At the same time, if you do something that really goes against their morals they aren’t afraid to turn on you, but the events they go through in their own missions can also have an effect on that.

Also somewhat like Mass Effect, companions come with their own set of perks and a special ability you can use in the middle of battle. These abilities differ between companions and can have benefits depending on the enemies you fight.

If you’re up against mechanicals you’ll want to bring Parvati with her shock hammer, whereas if you go up against humans you’ll want someone like Nyoka who can use a devastating gattling attack.

Past all this, though, there’s another aspect that feels seriously reminiscent of Mass Effect 2, and that’s when you’re onboard your ship, the Unreliable.

Each companion gets their own *tiny* room, which is adorned with bits and bobs from their past and decorations. This lets you learn a bit more about the characters and their tastes, and oftentimes you’ll find them interacting when you come aboard.

Ellie and Nyoka might be having a shooting match, or Max and Felix might be talking about the latest tossball match. There’s some great emergent storytelling that happens, and although the Unreliable is small it feels lived in.

The only problem with all this, is that I just wish there was more. In my review, I talk about how Outer Worlds is a bit shorter than people were probably expecting.

While that in and of itself isn’t a problem for me at all, I did want more time with these companions, time to see more of their stories. There’s a decent amount there, and it’s a testament to how well-written they are that I simply want to see more.

It absolutely feels like Outer Worlds took inspiration from games like Mass Effect, and if you’re going to play it I highly recommend you see through all the companion quests.

Now we just have to hope somehow, someway, we get to see these characters again.