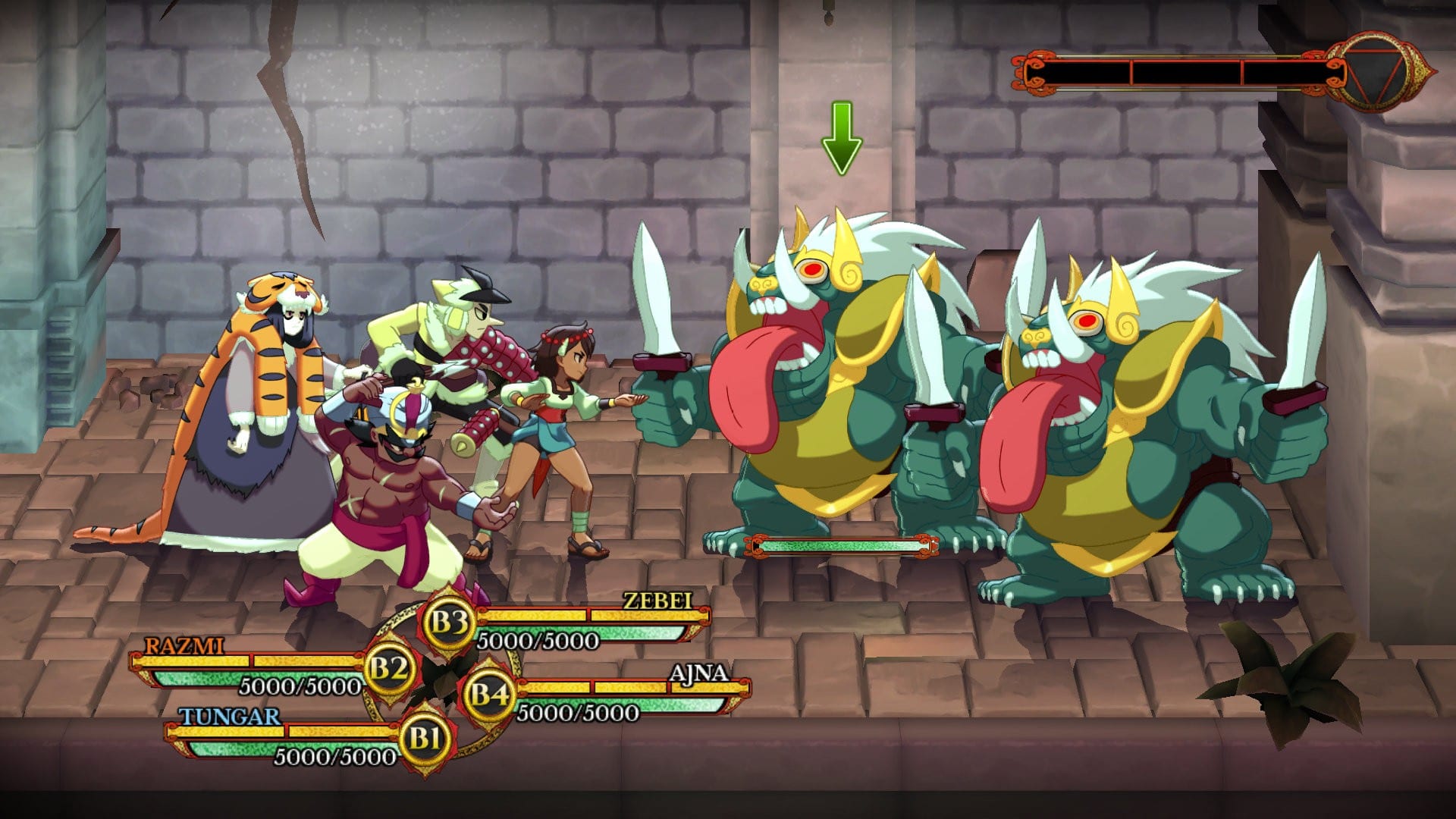 Indivisible is a platformer on its face, but battles play out in a Valkyrie Profile-style turn-based combat. However, the game’s combat constantly keeps you active, and you’ll need to hit the proper buttons in order to reduce the damage you take. With that, here’s how to dodge throws in Indivisible.

How to Dodge Throws in Indivisible

Indivisible’s combat can be pretty demanding at times, forcing you to juggle each character’s special abilities as well as defending against enemy attacks.

Later on in the game, enemies will mix things up with different attacks, like throws. Throws can’t be defended against, but you can dodge them to avoid damage entirely.

When an enemy uses a throw attack, you need to wait for the exact moment that they grab your character. At this moment an emblem will appear right about the character’s head.

When this happens you need to hit whichever face button corresponds to the character that’s being grabbed. If you hit the button the second you see the emblem appear, you should be able to dodge out of the throw and avoid damage entirely.

You might need to practice the timing a few times to really get it down, but just keep at it and you’ll get the hang of things.

If you do take damage, remember you can use your Iddhi Meter to restore your health by pressing L1+R1 (LB+RB) to use Ajna’s focus.

To sum up how to dodge throws in Indivisible.

That covers everything you need to know about how to dodge throws in Indivisible. For even more tips, guides, and walkthroughs, make sure to search Twinfinite.