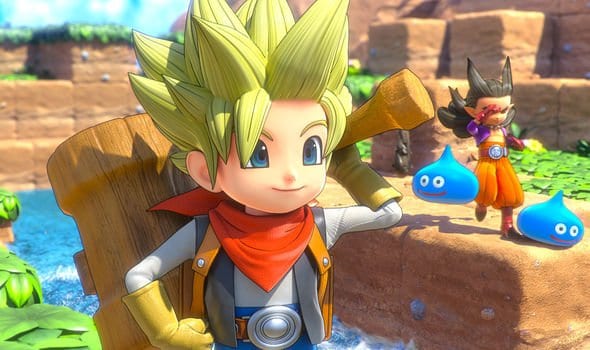 How to Build an Oasis in Dragon Quest Builders 2

A mission offered after you complete Khrumbul-Dun’s main storyline, building an oasis seems easy at first. While your island’s inhabitants are building a pyramid, you need to fill an area near the developing structure with water and greenery.

However, this can quickly prove maddeningly confusing. Well after you’ve placed down the requisite materials, the quest may register as uncompleted, and your allies’ explanations don’t elaborate on why this is the case.

Fortunately for you, we’ve deciphered the solution to this quest and have laid out what you need to do, step by step, below.

When to Build an Oasis in Dragon Quest Builders 2

For starters, you’ll want to hold off on building an oasis until after your townspeople have completed the Pyramid.

While this may seem counter-intuitive, especially since it acts as a main quest for the Isle of Awakening, it’s an entirely viable option. Side quests will still trigger, and the main story will progress based on how much of the pyramid is completed.

Likewise, having your townspeople available will make constructing the oasis easier, but more on that later.

Where to Build an Oasis in Dragon Quest Builders 2

Next, you’ll need to choose where to build your oasis.

While the game shows you an oasis-in-the-making nearby you can start from, this area can be difficult to mold and build upon in a way that completes the quest.

Instead, head to the point shown on the map below, found to the west of the pyramid and directly south of the Scarlet Sands warp point. This will give you plenty of space to create your oasis and ensure the game properly registers it as built when you do.

What You Need to Build the Oasis

The third step is to accumulate the necessary materials to build an oasis.

This will be the most time-consuming portion of the building process, mainly due to the fact that you’ll need to make a large quantity of worm food to add greenery around the oasis’ pool.

As such, you’ll need a large number of Grass Seeds and Night Soil.

For Grass Seeds, you can kill the Muddy Hands that spawn randomly around the area. Each has a high chance of dropping a seed, and you should have more than enough after 20 minutes or so of grinding.

As for Night Soil, your best bet is to farm it using toilets. After your townspeople finish constructing the pyramid, they’ll hang around the area doing nothing until you re-assign them to something else.

Instead of re-assigning them, build three to five toilets near the pyramid and fill any of the chests found nearby with food. This should trap them in a loop of eating and using the bathroom, farming up a huge quantity of Night Soil in no time flat.

Once you have a fair amount of both materials, head to the crafting table near the Scarlet Sands warp location and build at least 30 worm food pellets.

Finally, you’ll need fresh water to fill the oasis with. Chances are you still have some in your bottomless pot from Khrumbul-Dun, but if you don’t, head to the river you built near The Green Gardens earlier in the game and collect some.

How to Register the Oasis as Built

Now that you’ve got the necessary materials, you can finally build the oasis in Dragon Quest Builders 2.

First, fill the pit portion of the oasis with fresh water from your bottomless pot. Make sure it fills as much of the pit as possible so that the squares on the map are colored blue.

Next, you’ll need to place the worm food you made around the banks of the water so that at least 15 of the blue squares on the map are only touching green or yellowish-green squares on any of their sides.

Considering a majority of the area is made up of sand squares, this can take quite a while and quite a few pieces of worm food.

To ensure this registers correctly, place the Worm Food so that you maximize how much of the earth Wriggley covers in greenery.

There’s a chance the map still won’t change even if you do this though, so try expanding out and adding greenery to more of the map if the squares fail to change.

Before long, you should have the oasis up and running, and another quest ticked off your list.