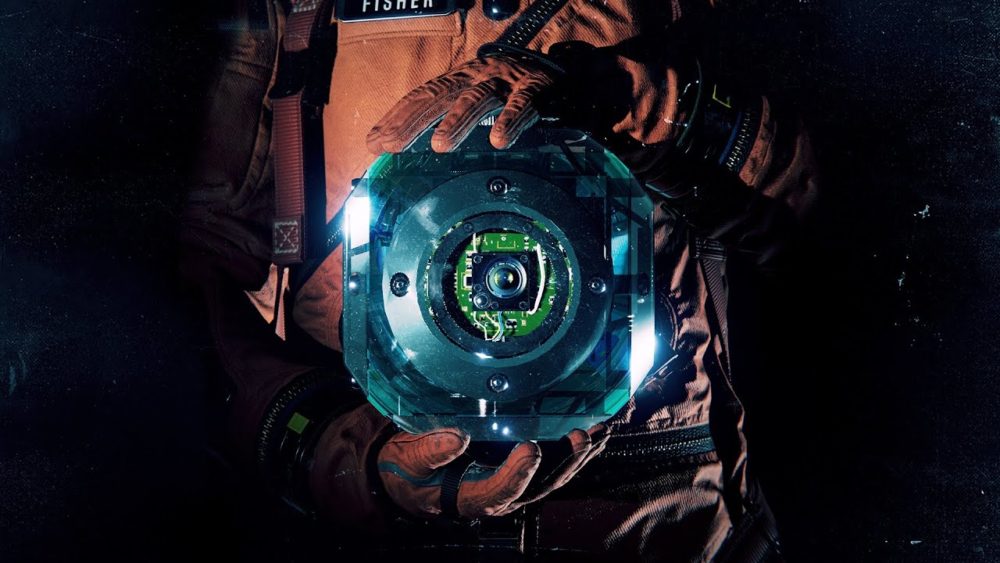 Observation isn’t a conventional video game. Whether it’s the gameplay, plot, or even its take on horror, everything about No Code’s sci-fi thriller is unorthodox.

The game starts aboard a space station known as the Observation. Players are placed in the shoes of S.A.M, an AI tasked with assisting the crew with all of their systems, administration, and maintenance needs.

Before the game even begins though, something goes terribly wrong. We learn from the station’s medical officer, Dr. Emma Fisher, that they’ve been knocked out of orbit and can’t contact Houston.

In order to help Fisher, S.A.M can cycle through cameras to locate items based on her instructions. At first, this is limited to opening doors and relaying information in the form of pressing R to respond whenever he hovers over something important or relevant.

As time goes on S.A.M is granted access to more of his systems. Alongside being able to a scroll through a camera relocation map, memory core, and a few of his other important features, the AI is given access to a Guidance Sphere.

The Guidance Sphere frees you from the limitation of simply switching between cameras and areas, letting you roam around the station freely. While this freedom is nice, the controls are terrible.

It is understandable that, just like everything else in the game, Observation wanted to make things feel as realistic as possible. S.A.M’s movements in the sphere are weighty and hard to control, just like anything else in space.

You spend a good amount of time possessing that sphere though throughout the game. It doesn’t take long before you run into the dizzying problems with its controls especially when you have to search high and low to find an obscure placed document to a puzzle.

With that being said, every other aspect of realism in Observation is amazing. Puzzles feel varied and practically, making it really feel not only like I was aboard a space station fixing these issues, but that I was viewing it through the lens of an AI.

Regardless of how many issues get fixed in Observation, something just doesn’t seem right. No one on the crew can be contacted, a strange substance is found amongst a fire, and S.A.M and Emma begin hearing ominous sounds.

Right when everything feels like it is under control, it is revealed why Houston can’t be reached. Observation has not only been knocked off course, but it is also somehow orbiting Saturn.

This twist is simply the first in a slew of crazy developments that take place throughout Observation. In a story akin to 2001: A Space Odyssey, the game provides a tense atmosphere throughout.

Despite not having the presence of a monster that needs to be avoided or some other form of conflict, there is always a creeping fear of what is to come. The game’s non-diegetic sound has a lot to do with that.

Whether it’s the quiet that can only occur in space or the booming sound effects that accompany a certain presence, Observation’s sound sent chills that reverberated down my spine multiple times. Couple this with the genuine fear that Dr. Fisher feels throughout and you can’t help but relate to how terrifying this must all be for her.

The only thing that breaks the tension in Observation is frustration. While it is certainly satisfying to be able to figure out a difficult puzzle on your own, the game lacks a lot of direction.

If you are lost, the only hints you’ll rely on is having S.A.M ask Emma to repeat her previous command. More often than not, these commands aren’t helpful in the slightest, simply telling you to go to a certain place and complete something.

Though it is often just based on finding the right document or computer, there are many situations where going to the right place and doing something is too vague. The best example of this can be found at any time S.A.M needs to explore outside of the station.

Completing a task as straightforward as finding EAS3’s clamps feels like finding a needle in a haystack. In the vast void of space, S.A.M has to fly around, squint for a station number, and hope that the clamp is in that general area.

Again, it wouldn’t be too much of an issue if, after a certain amount of time, Emma offers more help or guides you a little more. If nothing else, it seems like the game missed an opportunity to take advantage of the AI’s objective scanning feature more.

While markers can be placed in the heads up display to show S.A.M how to reach a specific area, there is no such ability to scan for points of interest when in that location. As such, you’ll often needlessly wander around the station looking for objectives, with each passing minute making things less foreboding and more annoying.

Despite the control and movement issues in Observation, I would definitely recommend playing it, as it is an experience few other games are likely to offer you. Just be careful, as you may have an existential crisis after the game’s crazy story wraps up.