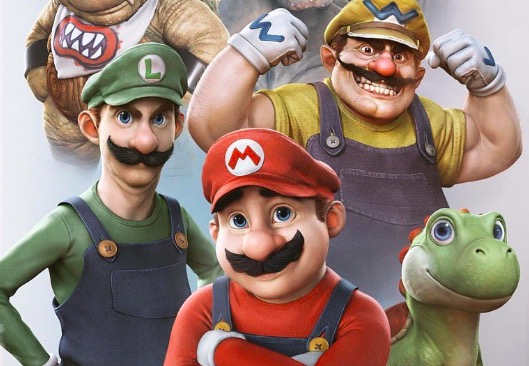 The Super Smash Bros. series –especially now with the release of Ultimate– has served as a love letter to the history of video games, specifically Nintendo’s. Super Smash Bros. Ultimate brings in characters like Sonic, Solid Snake, Pac-Man, and Mega Man, into one big brawl and the end result is incredible.

Before the series, never in a billion years would anyone think that Sonic, Mario, and Cloud would ever make it into the same game together, but lo and behold.

Considering the success of the recent live-action adaptation of Detective Pikachu and the rise of video game films like the upcoming Sonic the Hedgehog and Super Mario animated film, it seems that there might someday be a chance to see all of these characters come together like some ridiculous video game version of the MCU.

Having a live-action adaptation or even just an animated film based on Super Smash Bros. would be a licensing deal from hell, considering that the cast of characters in Ultimate comes close to reaching a whopping total of 100, but how amazing would it be to see all of these iconic personalities coming together in one cinematic adventure?

Well, if this were to ever happen, I have an idea as to how Mario, Yoshi, Luigi, and the rest of the roster would look like and should look like in a realistic adaptation.

Raf Grassetti, the art director on Sony Santa Monica’s God of War, has been busting out amazing and jaw-dropping realistic recreations of several of the Smash Bros. fighters.

Even though he works for a PlayStation developer, Grassetti still remains a huge fan of the long-running franchise and Nintendo themselves. He’s been hard at work at this series of his and if you take a look at a few of the artworks, you can see why he’s been getting a ton of attention as of late.

He posted this completed image on Instagram and Twitter yesterday and had a heartfelt statement to go along with it; you can see the image down below as well as some of his other pieces of Super Smash Bros.-related artworks:

“Mama Mia! I was able to put this together with the pieces I created for the smash series! It’s such a nostalgic feeling for me to be able to reproduce and do my own take on some of my favorite characters.

And now more rewarding than ever since I’m sharing this moment with my son, it’s awesome for me when I get messages from people that are sharing my work with their sons and enjoying it. Really fun, hope you all like it!”

Maybe with the upcoming release of Sonic the Hedgehog and that animated Mario movie, could we be seeing a start to a Super Smash Bros. cinematic universe? Will Samus finally get her own film as well as Link and Zelda? Will it all lead to one jam-packed Avengers-esque masterpiece down the line? Probably not, but one could dream –right?