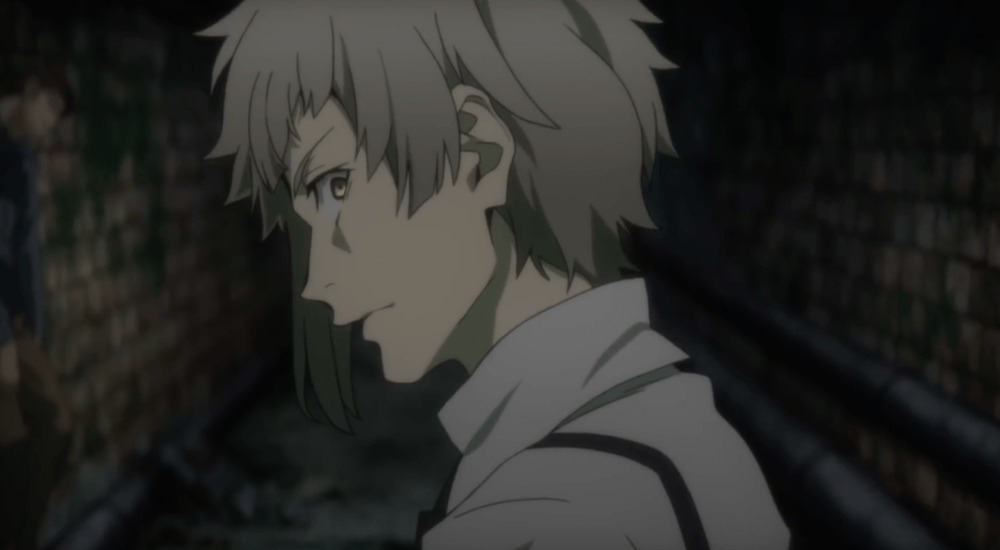 Crunchyroll has released a subbed trailer for Bungo Stray Dogs‘ third season, providing a glimpse of the conflicts that await Atsushi and the Armed Detective Agency.

Streamed on Apr. 9, the trailer shows Dazai pose a question to Atsushi; Who would stand to lose more by the appearance of a skilled killer in Yokohama, the Armed Detective Agency or the Port Mafia?

As it turns out, it’s the latter, and they’ll do anything to put a stop to this new element interfering with their business.

From there, the trailer ramps up with shots of Atsushi and Port Mafia member Akutagawa in action, as well as the aforementioned killer, Fyodor Dostoyevsky. Sparks, bullets and abilities fly, all while cryptic messages flash across the screen.

This culminates in an unusually threatening shot of Atsushi, though it’s unclear who or what has earned his anger.

The trailer set to Gran Rodeo’s song “Setsuna no Ai,” which will be the main theme used during the opening of the season’s episodes.

Based on the manga of the same name, Bungo Stray Dogs follows Atsushi, an orphan gifted with the supernatural ability to become an undying white tiger when exposed to moonlight.

He finds himself shunned and forced to wander without purpose until he meets Dazai. Likewise gifted with abilities, he invites Atsushi to join the Armed Detective Agency, an organization that enlists ability users to solve crimes and keep the peace.

From there, Atsushi’s life gains meaning with each new crime he solves, though it isn’t long before he finds his new calling brings with it plenty of dangers.

The anime first premiered in April of 2016 and has seen sporadic seasonal and film releases since. Each has continued to uphold a surprising level of quality though, which is why the third season made our list of the top anime to watch in spring 2019.

Fans can look forward to diving back into Bungo Stray Dogs when it begins airing on Apr. 12.